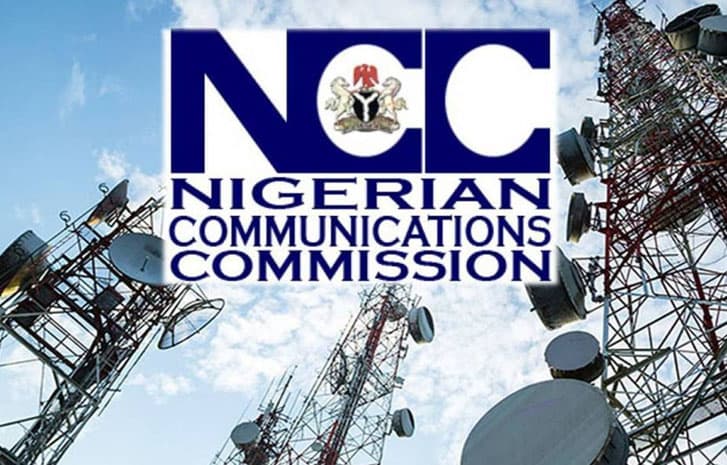 The National Communication Commission (NCC) revealed in a statistic that broadband penetration in Nigeria increased by 42% in July.

According to the report, mobile operators collectively added 3.5 million new subscribers during the period. 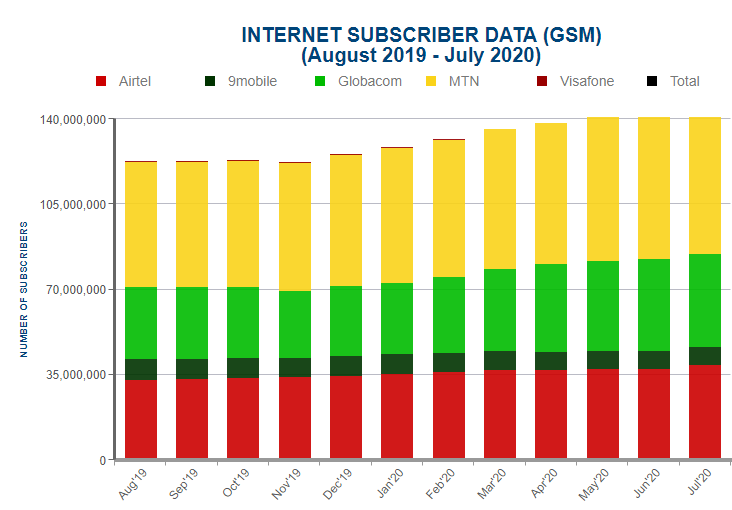 As such MTN made it to the top as the biggest gainer, adding 1.68 million new subscribers.

Overall, MTN continues to maintain the lead role with a total of 62.2 million subscribers.

It is followed by Airtel who now account for a total of 39.05 million subscribers.

GLOBACOM hit a slope in July

Airtel is immediately followed by Globacom, who is now 800k subscribers away from the old position.

Globacom currently accounts for a total subscriber of 38.25 million.

The mobile operator didn’t record as many numbers as MTN and Airtel did in June.

This led to a decline from the second position in June to third in July, with Airtel taking its place.

No surprise here, though.

Both mobile operators have consistently competed for superiority over the last few months.

After six months of downward market trend, 9mobile has managed to shake off the jinx.

The mobile operator now accounts for a total of 7.13 million internet subscribers.

The operator’s increasing active subscribers also influenced this upsurge in its internet subscriber.

Currently, Nigeria is about 1.04 million subscribers away from the 200 AMS mark.

Giving the upward trajectory from the start of the year, Nigeria’s AMS is expected to surpass the 200 million by August.

In this category, MTN still maintains the lead as the biggest gainer, adding 1.59 million AMS.

Glo who followed almost immediately now has a total of 26.51% market share. 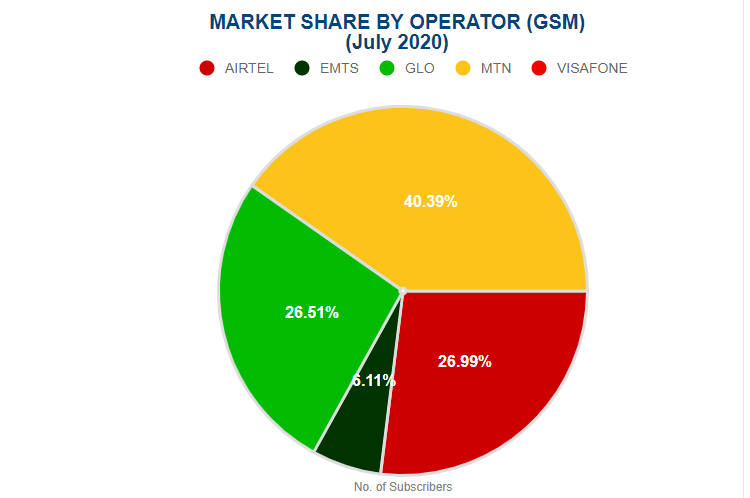 9mobile, although came last, reported a significant boost compared to the previous months.

The dumped and the accommodators (porters)

The statistic for July wouldn’t be complete without mentioning the porters.

NCC reported that over 19,400 subscribers ported (migrated) to a different network.

In this case, Airtel takes the lead as the most accommodating network, with 10,078 users joined.

9mobile followed with about 6,242 incoming porters.

If compared to the previous month, there was a drop in the overall number of porters.

This indicates a satisfactory output across the board. 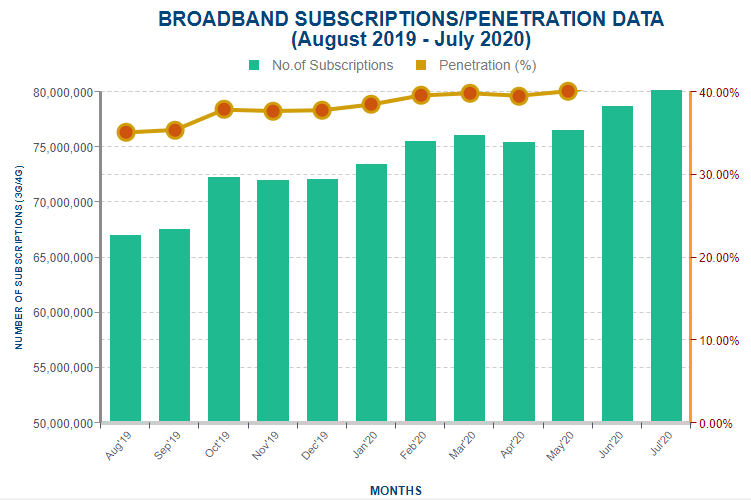 According to the report by NCC, broadband penetration increased during the period under review.

This growth is evident in the total subscribers for 3G and 4G networks currently at 80.21 million.

Compared to June, about 1.52 million 3G/4G subscribers were added in July.

The month of July was a very productive one for the majority of mobile operators.

9mobile especially managed to scale up after a series of recurring downward trajectory.

Do you think this commendable performance across the board can be sustained throughout the year?

Kindly share your opinion in the comments section below.