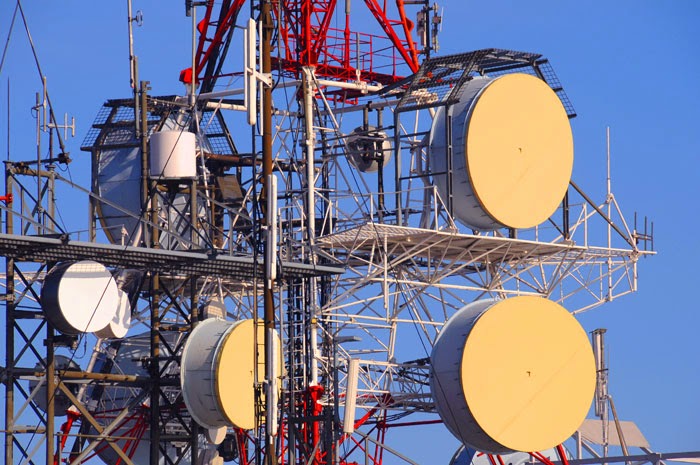 A new report from the Nigerian Communication Commission (NCC) indicates a massive boost in mobile subscribers.

According to the report, mobile subscribers increased to 203.16 million during August.

That’s about 4.2 million new subscribers added to the 198.9 million recorded in July.

Recall that we predicted this milestone in a previous article.

Thanks to the continuous upsurge in the number of new monthly mobile subscribers.

As a result, internet subscribers have also neared the 150 million mark.

Again, the South African telco managed to outrun other networks during the period under review.

Now, the network provider has accrued a cumulative 83.08 million subscriber.

This brings Globacom’s overall subscribers to a total of 52.93 million.

On the contrary, 9mobile maintains its upward trajectory as it added more subscribers.

The sudden upsurge in 9mobile’s new monthly subscriber is, however, not entirely strange.

The network provider, like never before, has been pushing out massive Ads.

Likewise, it is currently gifting its customers, cash prizes in an ongoing campaign.

Likewise, it is currently gifting its customers’ cash prizes in an ongoing campaign.

Due to the increasing active mobile subscription, there has been an increasing broadband penetration.

Subsequently, 3G/4G subscription has seen a significant boost over the previous months. 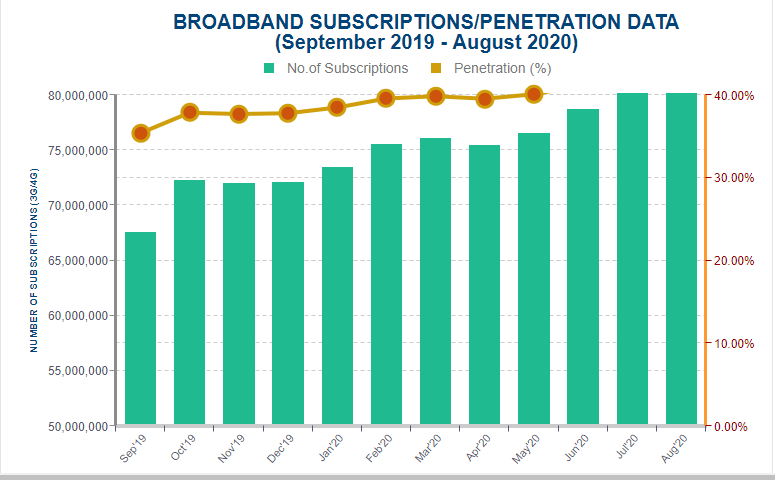 That’s about 2.44 million additional new broadband subscribers during the period.

The internet subscribers have maintained a constant pace for months now.

While a cumulative 2.59 million new internet subscribers were added, MTN led the flock. 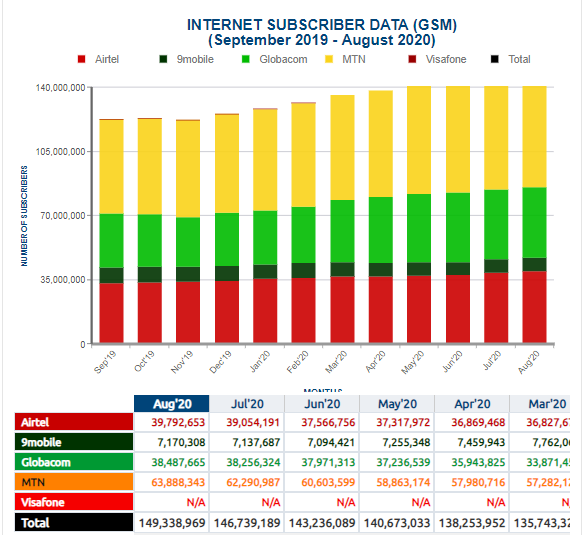 The telco added a whopping 1.59 million subscribers, bringing the total to 63.88 million.

This brings the total subscribers of both telcos to 39.79 million and 38.48 million, respectively.

Finally, 9mobile recorded the least, although a steady climb in internet subscription.

The dumped and the accommodators (porters)

Indeed, the statistic is never complete without addressing the porters.

NCC reported that more than 19,400 subscribers ported to a different network. 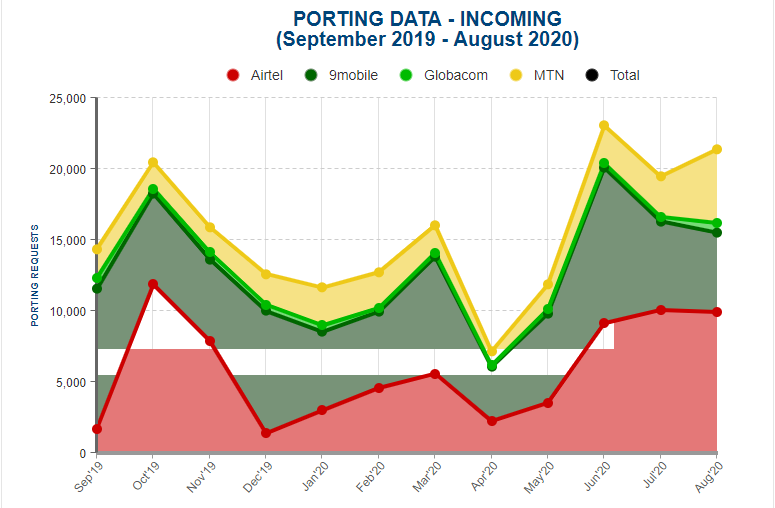 Again, Airtel is the most favourable, with 10,078 users coming on board.

9mobile and MTN followed with a close gap. Both telcos added 5,593 and 5,188 incoming porters, respectively.

Globacom had the least incoming porters, with a total of 677.

Down the list, MTN and 9mobile followed with a close gap. Both telcos lost 4,469 and 3,507 subscribers, respectively.

Sooner than expected, Nigeria has been able to cross the 200 million AMS mark.

MTN had the biggest and most significant contribution during the period.

Airtel also performed greatly, with 9mobile pacing up even faster.

What do you think of the new milestone in Nigeria’s mobile subscription?