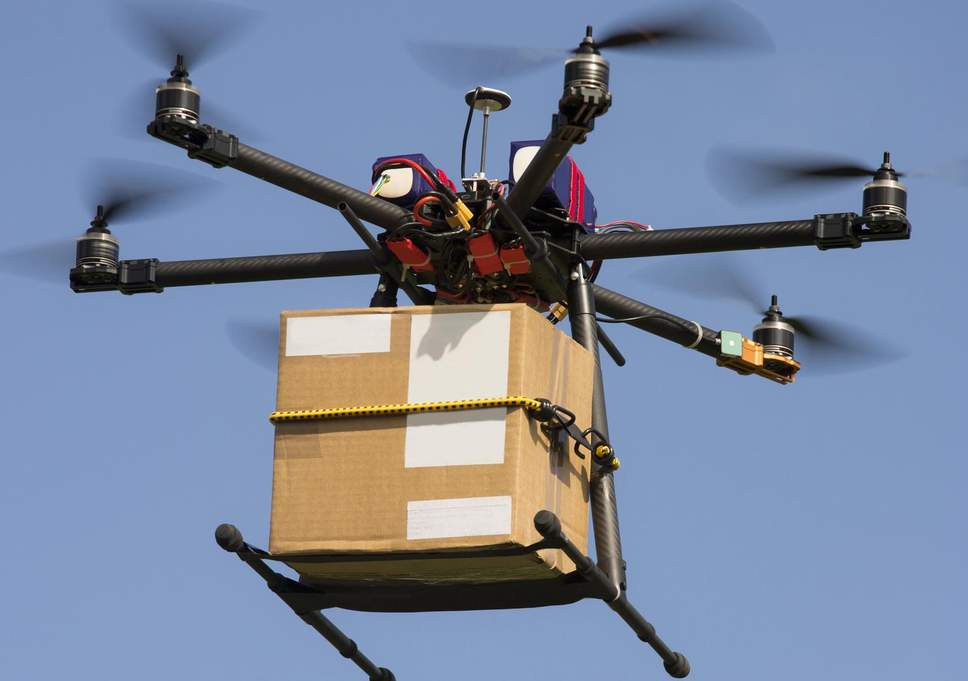 The federal government of Nigeria has maintained that it will regulate the use of drones in the country.

The Minister of Aviation, Hadi Sirika, stated this on Thursday at the weekly State House briefing in Aso Villa, Abuja.

According to him, drone use in the country has become indiscreet.

He said, it is therefore, the duty of the government to regulate the flying of drones in Nigeria.

The minister noted that it is necessary to regulate drone usage in Nigeria to avoid disaster within the civil aviation space.

He averred that drone usage must be controlled even though their increase in usage signifies technological growth.

“There are remotely piloted aircraft now and unmanned beings or aircraft as it is, or drones as you may call them.

“Everybody is flying drones now. They are for good use.

What is a drone?

The term “drone” refers to any unpiloted aircraft.

Also, it means any “Unmanned Aerial Vehicles” (UAVs) that can carry out different functions.

A drone, though usually small in size, can be as large as an aircraft.

Also, drones usually operate without a pilot on board.

Other drones, however, have advanced control systems that don’t require human control.

The advanced drones rely on a system of sensors and LIDAR detectors to calculate their movements.

There are the Single rotor helicopters that look exactly like tiny helicopters.

The single rotor drones can use gas or electricity to power and carry heavier objects.

These drones have single blades and can fly for longer distances.

Also, there are the Multi-rotor drones which are mostly small and lighter.  They have limited distance, speed and height. They can stay up to 20-30 minutes in the air carrying light objects like camera.

Most private individuals use these types for aerial photo shoots.

A third type is the Fixed wing drones.

These types are big like aircrafts and have wings instead of rotors for flying.

They use fuel instead of electricity.

They can last in the air for nearly 16 hours.

Fixed wing drones take off and land on runways like airplanes.

The military of some countries use these drones for air strikes during wars.

They also carry supplies like food and drugs to areas hard to reach by foot.

Commonly, the types of drones in Nigeria are majorly the Multi-rotor drones and the single-rotor ones.

Uses of drones according to the minister:

Drones were originally developed for military and aerospace activities.

However, they are increasingly being used for other purposes as they provide more safety and efficiency.

Drones are used for emergency rescues and to deliver medical supplies.

They can also track wildlife populations and for deliveries of products to homes or places.

They are also used by photographers to take beautiful and expansive aerial photos.

Also, drones are used for research in outer space.

The minister said people use drones for various personal reasons, including monitoring elections and providing security.

“You fly drones now to find pipeline vandalisation or breakage or carry out integrity tests.

“You fly drones now to many places to order pizza, to send birthday gifts and so on and so forth.”

The Nigerian Civil Aviation Authority (NCAA), in a report, complained that flight by remotely piloted aircrafts (RPAs) in controlled airspace and over populated areas presented problems to the Authority.

It said the flights interfered with the safety of other users of airspace and persons on the ground.

For this reason, the NCAA issued a guideline for the operations of drones in the country.

Likewise, the Director-General of NCAA, Musa Nuhu, had called for a strong regulatory framework to regulate flying of drones.

According to him, “Our goal for unmanned aircraft remains complete and total integration of safety and security.

He said safety “is a shared responsibility for stakeholders and UAV operators.”

“We must ensure that the Nigerian Airspace remains safe and that the benefits of UAV operations are well understood and implemented.”

The DG said, “the current legal framework and collaboration with operators, stakeholders and Office of the National Security Adviser (ONSA) will provide a robust structure and system for the regulation of drone operation and its structured growth in Nigeria.”

He said “Drones have a long and established history that dates back to centuries, but presently there is a paradigm shift.”

“Their original use was as a weapon in the form of remotely-guided aerial missile deployers.”

“However, today, drones have found a wide range of applications for civilian use. Its essence can be described with one word – versatility.”

“Currently, there is a huge demand for drones. The pace of development of the drone market, both recreational and commercial is incredibly fast,” he added.

He said indiscriminate flying of drones could lead to accidents within the aviation air space.

“Very soon, we will find our airspace dotted with all these crafts.

He said, “managing them alone will become such a huge challenge because they will be operating around the airspace and somebody needs to control them.

“The last time I spoke on drones, I gave an example of a friend of mine who was flying about 3 miles away from the (Aso) Villa.

“He was flying it at about 500ft above ground level.

“He was flying it towards the airport which is at the west side of the city.

He added saying “these drones are now beginning to carry loads like 5kg, 10kg, or more.

The minister said the action of his friend could have led to an accident that would have caused the nation fortunes.

“If this gentleman (friend of mine) is just flying this drone around and there is an inbound airplane or an airplane that is taking off, it could hit the airplane,

Sirika said drones could “get ingested in the engine and cause disaster. And don’t think it is not going to happen.

“Insha Allah (by God’s grace), it is not going to happen in Nigeria and in anywhere.

“But we have seen examples of it in the UK (United Kingdom), we’ve seen British airways, we’ve seen also in the US (United States).

“So, we thought we should develop a policy for remotely piloted aircraft to have them organised and regulated.

“We are policy-makers and we will make policies that will keep our country safe and secure.

Talking on the nature of the policy, he said, “The policy is going to be very simple.

He said the policy will be as flexible as “Just like you walk in and buy the drones.”

So, people will “be able to follow those rules and regulations even if you are an enthusiast.”

General Rules for Flying a Drone in Nigeria: