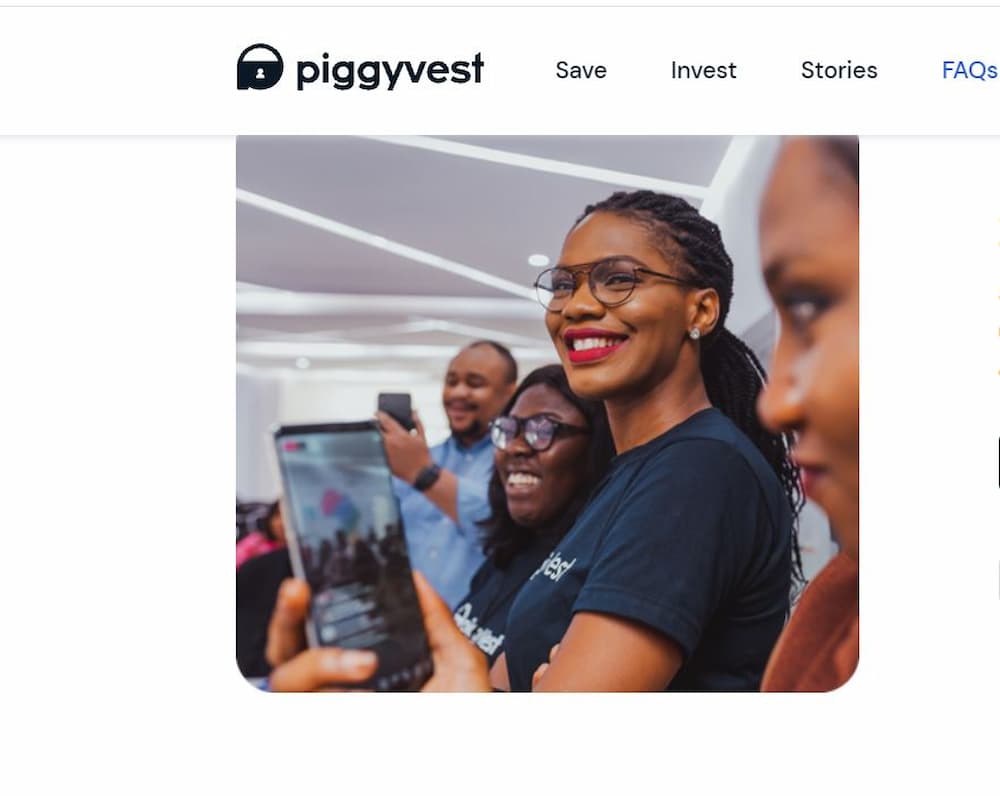 This is coming on the heels of a trending rumour making the rounds on social media that the platform fell victim to fraudsters.

Nigerians, especially users of PiggyVest platform have expressed panic on social media following claims they could lose their money.

A rumour making the rounds claims PiggyVest lost two billion naira of its customers’ funds to a fraudulent deal.

Also, the rumour claims other top organizations in Nigeria invested in the alleged fraudulent company managed by Bamise Ajetunmobi and his wife, Elizabeth.

However, the rumour alleged that the savings and investment platform lost the money after the deal turned out to be fraudulent.

Consequently, customers who save with the platform have been thrown into panic, as they fear they could lose their savings.

How the rumour began:

An aleged whistleblower and Instagram user, @_trapselena_ originated the rumour.

The user alerted that the lending company, Imagine Global Solution Limited, has folded like a popular Ponzi scheme, MMM.

MMM had swindled Nigerians of billions not too long ago and many people are still counting their losses till today.

Also, the Whistleblower claimed that “For the past couple of months, investors have neither seen their money nor heard from them (owners of the lending platform).”

According to information on its platform, Imagine Global Solution Limited said it offers loans to customers without requirement of audited financials.

It said it is a “duly registered and licensed” company in Nigeria “with a focus on fostering financial inclusion, by providing working capital funding to market men and women.”

It said its primary focus “is to provide micro loans to the unbanked, small and medium scale businesses and low-income earners. Our focus is on providing working capital and timely finance to help businesses take advantage of trading opportunities.”

The platform also said it has been in existence for over four years with coverage in 19 of the 36 states in Nigeria.

Similarly, it claims that it offered a loan disbursement range between 10k and 100k for a 30 – 40 days cycle.

It said the loan required a minimum of N100 million investment amount from investors with an interest rate of 6% to 36%.

The interest rate depends on the capital amount an investor paid monthly.

Consequently, PiggyVest, according to the rumour, invested N2billion into the lending platform.

However, the rumour claimed the operators of the lending platform have absconded from Nigeria with investors’ funds, including that from PiggyVest.

According to the whistleblower, “Just like MMM, Muyiwa and Glory Osei, MBA, etc, another financial fraud couple have struck again.

The claims also said the “Total exposure from people that are known is currently to the tune of 22 billion Naira and more people are still coming out.”

Meanwhile, the whistleblower added that it would soon involve the anti graft agency, EFCC and Interpol to locate the alleged fraudsters and recover the funds.

PiggyVest, since launching in 2016, said “over 2,000,000 people have used its platform to manage their money better.

It also said it has helped people “avoid over-spending and be more accountable.”

In a statement reacting to the rumour, PiggyVest denied the claims, assuring its customers that their funds are safe.

In a statement Monday, the company assured users of the platform that it would never compromise customer funds.

It, however, urged the users to disregard such rumour and any other unverified information, especially on social media.

“Our attention has been drawn to some rumours making rounds about Piggyvest.”

“Please note that Piggyvest will never compromise the funds of any user in any way.”

“All PiggyVest user funds remain safe and secure as always.”

“No user funds has experienced any loss of any kind, nor will they experience anything of the kind.”

PiggyVest said it reassures all users that their funds are safe as always.

Although PiggyVest has denied the claims, it needs to regain the full trust of its users.

Also, this development may trigger many users to pull out their funds.

This could also lead to loss of investments, jobs, and revenue to the country.

How To Tell If Your Number Is Blocked On iPhone