Samsung teases ‘the most powerful’ Galaxy device is coming at its April 28th Unpacked event.

It’s 2021, a new year and age of technological advancement. As the years go by, there is a constant movement in the tech world. Everything is changing rapidly, especially with tech companies trying hard to outperform each other. The competition is both constant and fierce but we love it because it always ends with a better device falling into our palms.

Samsung has announced a new Galaxy Unpacked event set for April 28th at 10 am ET. The smartphone giant touts its new unveil as “the most powerful Galaxy” device. We really hope that it is. Maybe someone will finally steal the crown away from Apple’s iPhone 12. It’s stayed too long for me to bear. Can I get an Amen? Okay, back to Samsung’s launch before I get a sanction from the editor.

We are very expectant as always. We look forward to the new models coming with truly innovative features. Not many companies have been able to impress us with their “improvements”. But, we hope that Samsung will do differently.

While this is happening, on the one hand, Apple has also announced its spring-loaded event for Tuesday. It might be totally unrelated but it sort of reminds me of Sony and Microsoft’s launch last year. Except maybe I’m remembering it wrong.

Samsung has managed to keep us curious

During the announcement, Samsung gives us a hint or two about what to expect. But, from the description, it would seem like Samsung isn’t talking about a smartphone. If it’s going to be a phone then it sounds more like the rumoured Galaxy Z Fold 3. However, Samsung still maintains that the Galaxy Z fold will come later in the year around July. The most generous depiction of a mobile processor — even one as powerful as Qualcomm’s flagship Snapdragon 888 — still isn’t in the same ballpark as a true laptop processor. So, I guess it is safe to say that we can expect a laptop? Maybe. 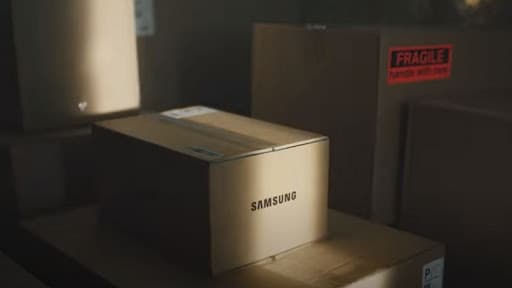 The Samsung Galaxy laptops are actually long overdue for an upgrade. So maybe this “powerful device” as many have begun to call it is a laptop after all. That would probably make a lot of sense. The last time Samsung announced the current models of its laptop was in 2019. These laptops in question feature the long-outdated 10th gen processors.

We all look forward to the official release of this “most powerful” Galaxy device.

Adobe Co-founder and Co-inventor of PDF Dies at 81