Unknown to many users, Sony’s latest PlayStation Gamepad comes with a hidden surprise, one that industry experts recently discovered.

In the latest discovery, the new PS5 Gamepad was found to have no fewer than 40,000 units of PlayStation symbol embedded on each.

Of course, you are rushing to take a closer look at your Gamepad, and that’s if you are one of the early birds to secure the 5th-gen gaming console.

Anyways, finding out yourself might not be that easy; otherwise, it wouldn’t be a surprise after all, as you must have discovered this already.

Here is the hack. First, you may need to use sophisticated tools like a telescope or a smartphone with a superzoom capacity.

If you have any of the listed tools handy, then you are just a view closer to discovering Sony’s ultimate Easter Egg planted right beneath your Gamepad.

The new PS 5 gamepad is considered Sony’s most grippable Gamepad yet, thanks to the microtexture layout found underneath the Gamepad.

ALSO READ: PS5 Would Have Sold Out With Or Without The Pandemic – Sony

However, beyond the obvious, microscopic view of the microtexture grip reveals what appears to be scatteredly-arranged symbols of the PlayStation.

Here, the most prominent gaming function on the PS gamepad represented as ‘△, O, X, and ▢’ for Triangle, circle, X (as in ecks), and square respectively was embedded on the gamepad lower casing to form the grip.

Interestingly, Sony has chosen to be silent about this design approach, considering that it was looking out for users to discover this over time.

However, following the discovery by a reliable source, Sony gave accurate answers to questions like how many symbols were embedded and how large the symbols actually gets.

As seen in the image below, it is striking to find out that these tiny symbols are actually the stacked-up layout of the PS symbols. 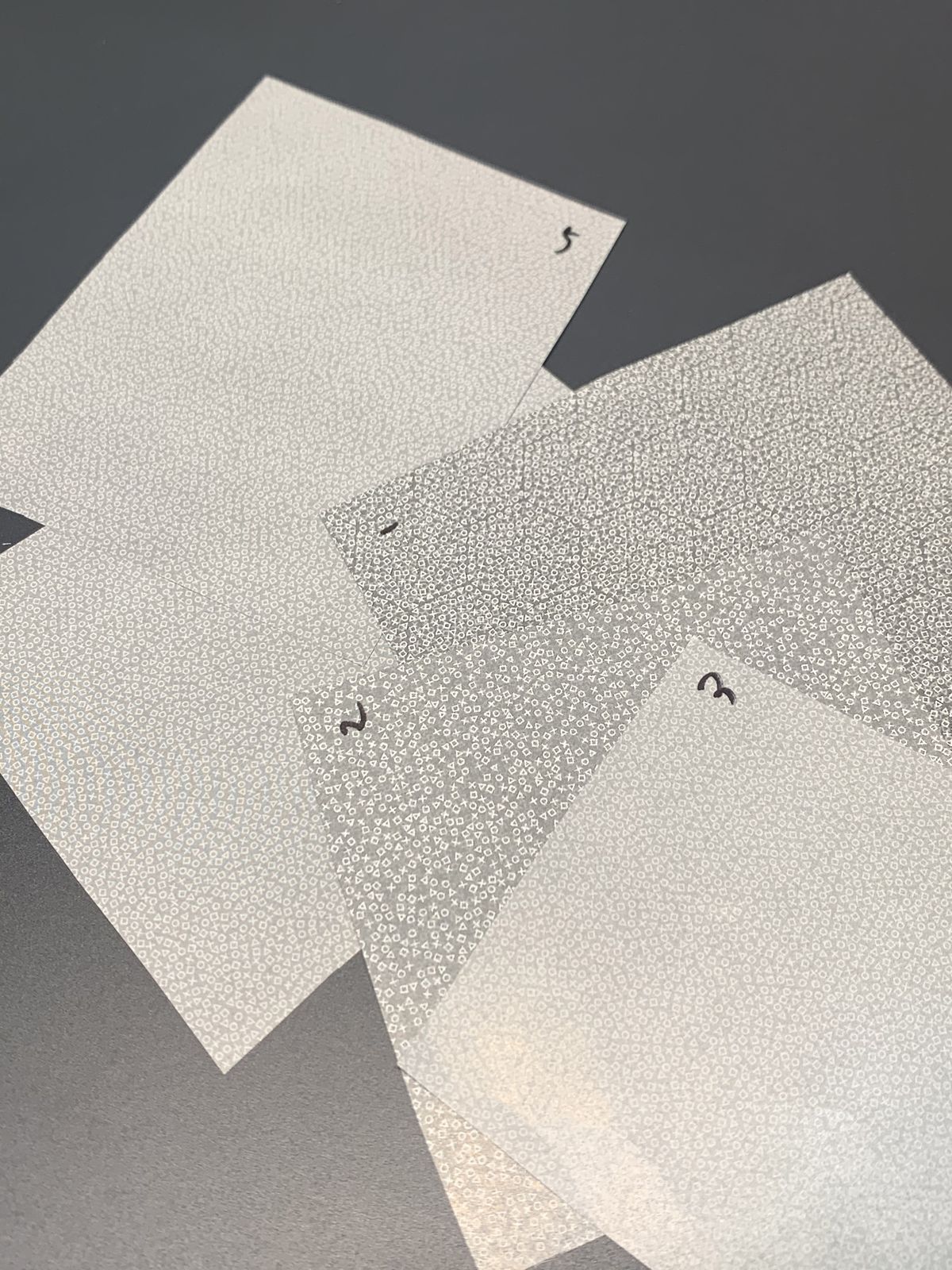 “They’re not a single, evenly-spaced layer at all, like the tiny dots you might remember on Sony’s DualShock 4 from 2013.

“They look random, almost organic — which might be because the entire design was sketched out by hand,” the source explained.

Also, according to Yujin Morisawa, the Senior Art Director of Sony’s Design Centre Product Design Group, a variety of designs were initially hand-crafted, digitized, mocked up and applied to different prototype gamepads.

A series of durability and comfy tests were subsequently conducted on each of the pads to have finally arrived at the current version.

Ahead of the final selection, the designer’s judgment on which prototype to choose was formed around certain key metrics. 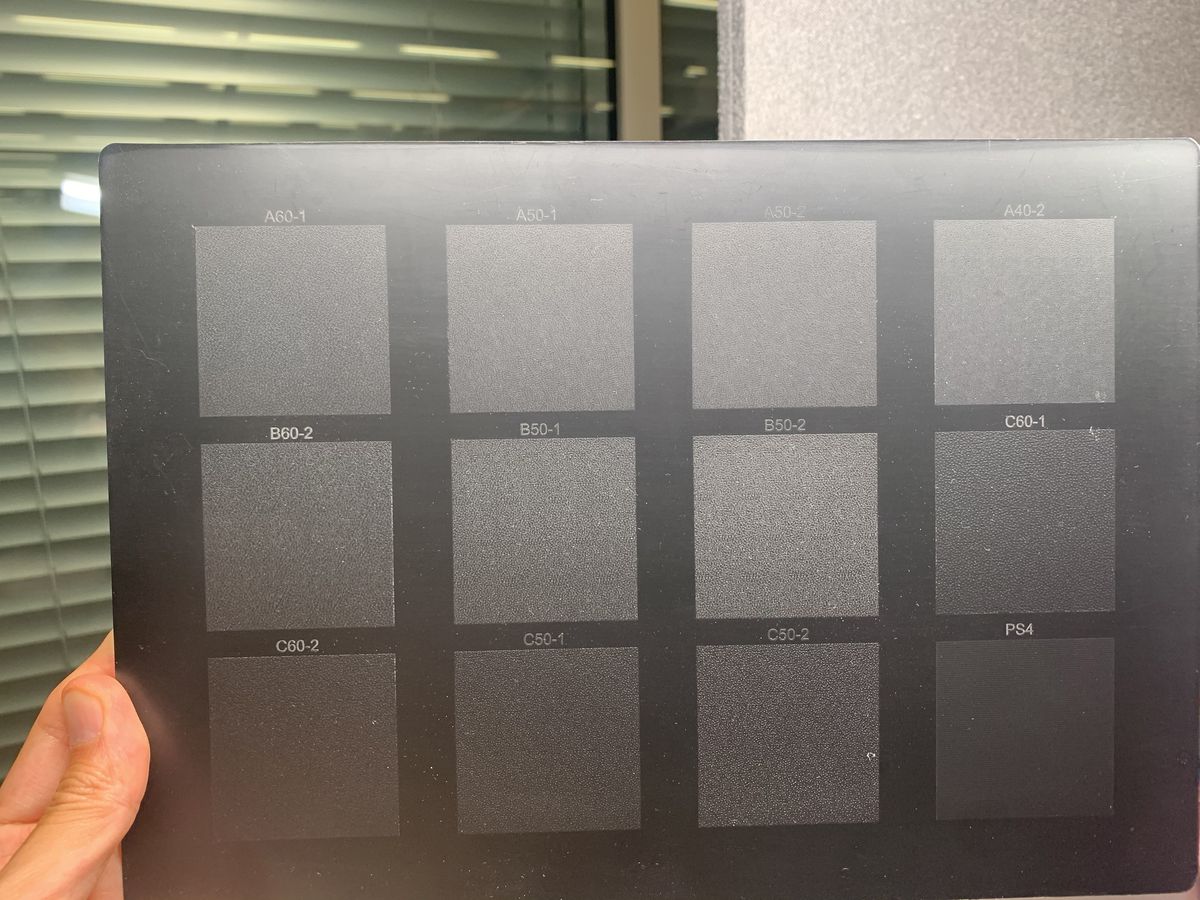 According to our source, the design must be “good-looking, textured enough to be comfortable and non-slip, but not so sandpaper-rough that it’d hurt your hands over a lengthy gaming session.”

“While it takes a considerable amount of time to create a prototype, the ‘go/no-go’ judgment of a product is determined the moment you see it and touch it,” Morisawa revealed.

To further bolster the hard work that Sony put into the gamepad creativity, a microscopic view reveals that Sony eventually settled for two layers instead of three.

While creating the initial design for mass modelling is considered the toughest task for Sony, applying it on the DualSense gamepads was less of a task.

This is so because the design is not applied to the gamepad shell; instead, it is moulded as a single piece.

“Each and every one of those 40,000 symbols is part of the controller’s shell, created when beads of molten ABS plastic are squeezed into tiny laser-cut crevices during the standard injection-moulding process,” TheVerge noted.

Although, that’s not all about the effort that goes into the design.

It is further optimized to keep the symbol intact as they are detached from the mould.

More importantly, utilizing the right equipment, especially in making the actual mould played a significant role, considering that Sony paid so much attention to details. 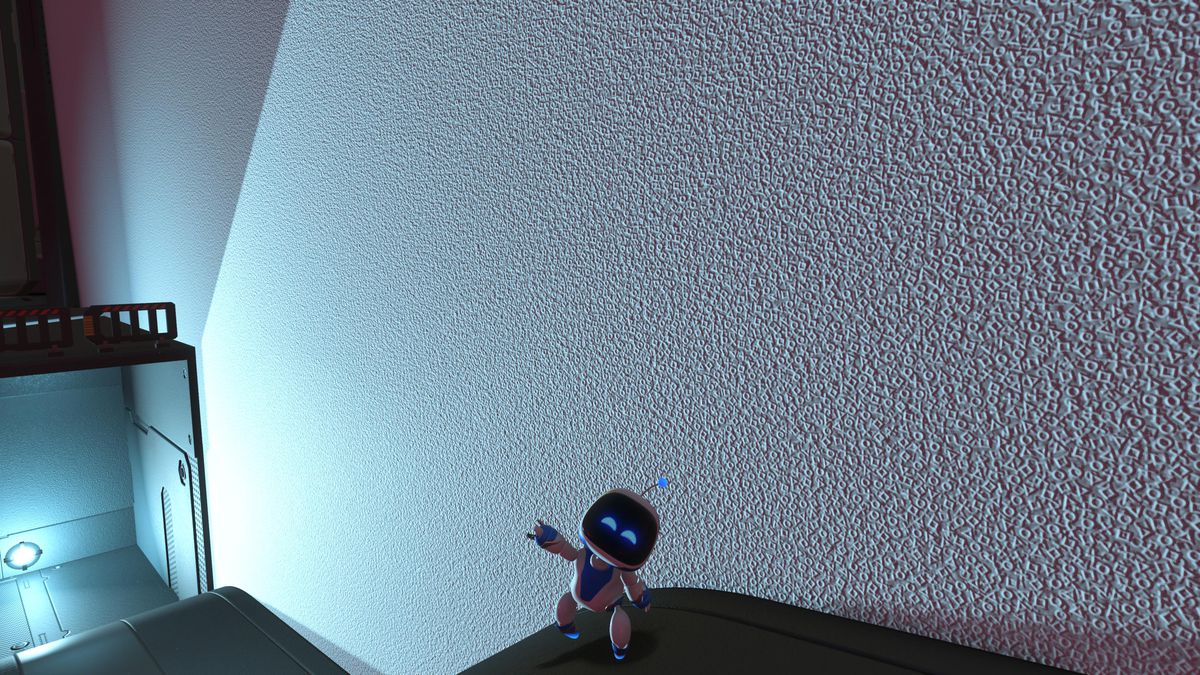 Sony also employed a high-end, multi-axis laser engraving machine to perfect its homework in the area of creating such a precise shape across the entire curved surface, or haven’t you thought about that as well?

Takeshi Igarashi, a co-chief designer behind the PS5 and the DualSense design, mentioned that some of these pieces of equipment are hard to come by.

So that explains the rarity of this design approach in the gaming industry and hardware market generally.

Overall, this new design approach reflects over a decade’s attempt to stand tall above competition, and this latest design is unimaginable.

Tesla Buys $1.5 Billion Worth Of Bitcoin, Plans To Accept Cryptocurrency As Payment Alternative