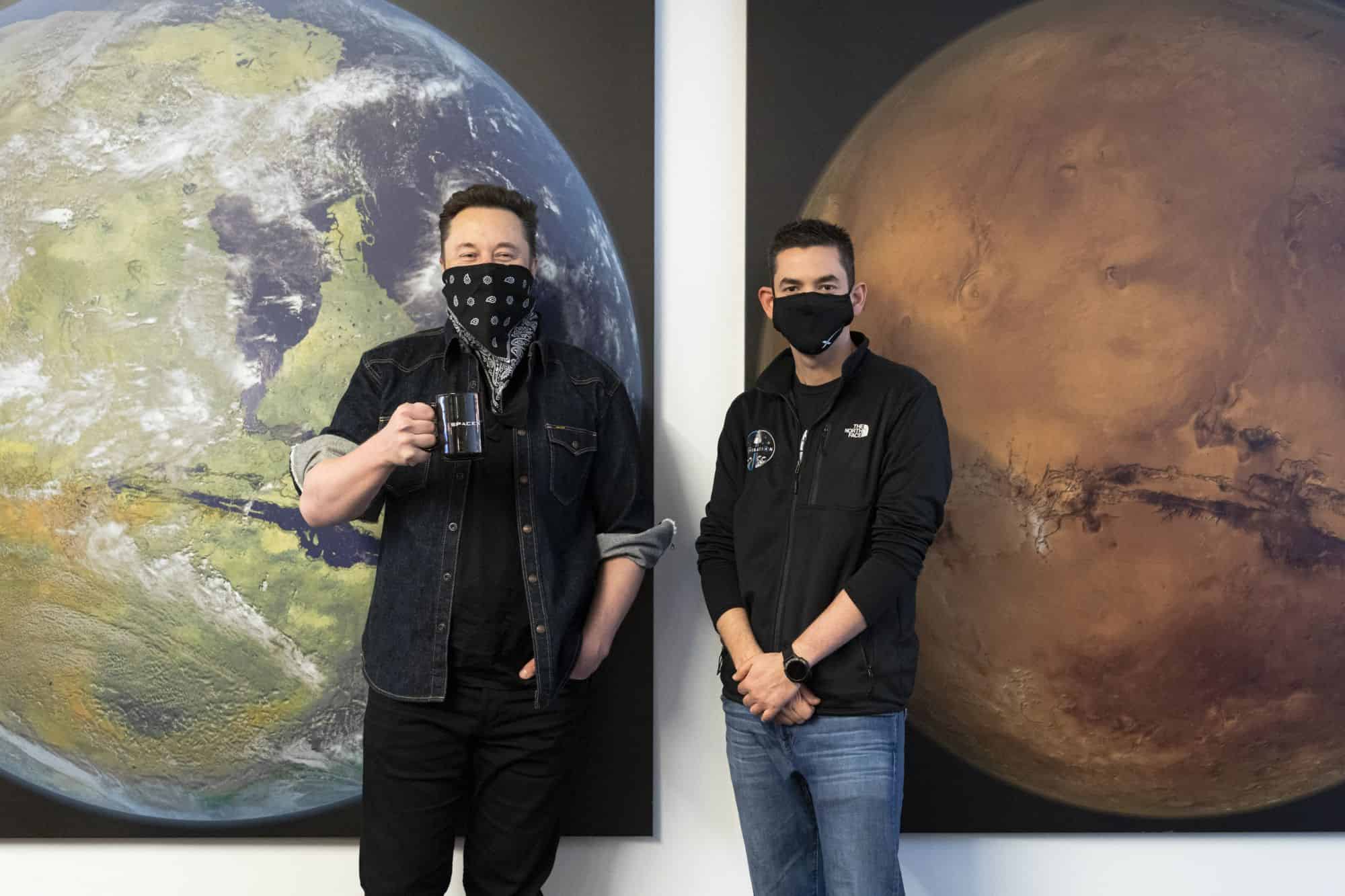 SpaceX has announced plans to send the first all-civilian crew to space in its Dragon capsule before the end of the year.

According to the company, the mission will feature a group of four travellers.

The travellers include tech entrepreneur, Jared Isaacman, who doubles as the commander of the flight.

One of the extra seats will be awarded to an entrepreneur who will be selected in an independently judged competition.

Isaacman further claimed that one of the two reservations for St. Jude would be awarded to a frontline worker.

To this end, the 37-year-old trained pilot and CEO of Shift4 Payments has already selected a female health worker.

The other reservation for St. Jude will go the winner of a national fundraising campaign attempted towards raising $200 million for the famed research center.

This donation, according to Isaacman, will be an addition to the $100 million he had previously donated for the same purpose.

As such, Isaacman is asking interested participants to donate at least $10 for a chance to get picked in the fundraising campaign.

Essence of the mission

Named Inspiration4, the first commercial mission to the space by the SpaceX Dragon capsule is a charity-focused one.

As such, the three chosen people will represent different mission pillars of leadership – “hope, generosity and prosperity.”

According to Isaacman, the frontline health worker will represent ‘hope’.

The chosen winner from the fundraising campaign will represent ‘generosity’;

The last winner from the independently judged competition will represent ‘prosperity’.

“The big focus is what we aim to raise for St. Jude Children’s Research Hospital, but look at every one of the crew members and what they represent in terms of the mission pillars,” Isaacman added.

Currently, only one person has been chosen.

According to SpaceX, others will be announced in the weeks ahead.

Explaining the importance of the mission, Elon Musk, founder, and CEO of SpaceX said that “this is an important milestone towards enabling access to space for everyone.”

Musk further explained that it’s part of SpaceX’s broader goal to “bring the cost down over time and make space accessible to all.”

Crew members will be trained ahead of departure from earth

Crew members of the Inspiration4 will be required to undergo special training from SpaceX.

This training will cut across different areas.

The areas will include “orbital mechnics, operating in microgravity, zero gravity, and other form of stress testing.”

Following the training period, the four-person crew will go ahead to spend about five days in the SpaceX Dragon capsule as it orbits Earth every 90 minutes.

Interestingly, the journey seem much like an interesting one already as Isaacman promised that they are all going to “know each other incredibly well” ahead of the departure.

After circling the earth for several days, the capsule is expected to return to Earth.

As for the departure time, SpaceX is targeting sometime around the fourth quarter of this year.

The launch is tentatively set to take place from the historic Launch Complex 39A at NASA’s Kennedy Space Center.