Amazon Chief Executive Officer, Jeff Bezos, is withdrawing from his current role to transition into the company’s board Executive Chair later in the year.

The new development was announced on Tuesday via an email sent to the company’s employees.

The announcement was also made public alongside the company’s Q4 financial report for the year 2020.

In his email address, Jeff told that “being the CEO of Amazon is a deep responsibility, and it’s consuming. When you have a responsibility like that, it’s hard to put attention on anything else.”

Jeff said serving as the Executive Chair of Amazon board will afford him “time and energy” to focus on other activities.

“As Exec Chair I will stay engaged in important Amazon initiatives but also have the time and energy I need to focus on the Day 1 Fund, the Bezos Earth Fund, Blue Origin, The Washington Post, and my other passions,” Jeff said.

Jeff also said that he is very passionate about the impact the above organisations could have on the overall establishment.

On the incoming CEO, Jeff added that “Jassy will be an outstanding leader,” while buttressing his confidence in him.

Jeff left a remarkable footprint for the incoming leadership

Jeff’s reign as Amazon CEO started from the inception of the company as a mere bookstore back in 1994.

Over the last decades, Jeff has managed to transition the company; from being an online bookstore into one of the most dominant technology companies in the world.

“This journey began some 27 years ago. Amazon was only an idea, and it had no name,” Bezos wrote in his letter to employees.

“The question I was asked most frequently at that time was, ‘What’s the internet?’ … Today, we employ 1.3 million talented, dedicated people, serve hundreds of millions of customers and businesses, and are widely recognized as one of the most successful companies in the world.”

ALSO READ: Amazon One: Shoppers To Pay For Groceries Using Their Palms

Similarly, Amazon has grown not only in terms of numbers but also innovatively to have now become a major influencer in the internet commerce space.

The tech giant has established itself as a standard or perhaps, a backbone for the infrastructure of the modern web, thanks to its AWS products.

Other feats that were achieved under Jeff’s stewardship include the creation of a subscription service around Amazon Prime services;

The launch of prominent tech product lines like Echo, and Kindle which have grown to become home brands over the years.

Also, Amazon under the stewardship of Jeff ventured into physical grocery retail stores where it makes delivery of snacks, chocolate, coffee, and everyday food items.

The impact of Jeff in the establishment is unlimited, and this is evident in the current net worth of Amazon pegged at approximately $1.7 trillion.

Even as an individual, Jeff has had prosperous years serving as Amazon CEO, acquiring a great deal of wealth in the past years.

The 57-year-old maintained the world wealthiest position for a significant period of time with a net worth of $182 billion.

Handling over the leadership of an organisation by the actual owner to another is mostly not the easiest of choices to make.

However, this process of decision making can be made easier in the event that there is a trusted and reliable person to succeed the outgoing leadership. 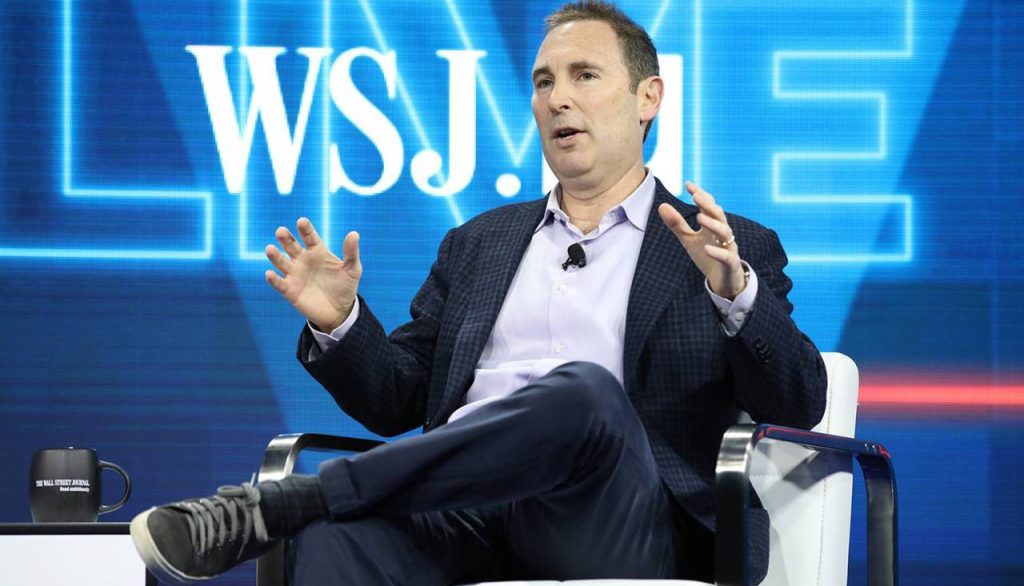 In the case of Andy Jassy, the 53 years old veteran is considered the most appropriate to fill the void.

Jassy who is an obvious choice for the top role would have been an alternative option to Jeff Wilke, the former head of Amazon’s worldwide consumer division.

However, Wilke who makes for another veteran leader in the Amazon board recently announced his retirement; giving way for the now-selected successor.

Also, Jasssy has maintained a clean progressive track records since he first joined the company back in 1997.

Andy is not new to the CEO role

His contribution to the company became prominent after he was made to lead AWS from its inception in 2003.

Being a member of Amazon’s elite leadership group – “S-team”; Jassy managed to grow AWS into the cash cow that it is now.

Most importantly, AWS is currently rated as the world’s biggest cloud computing provider.

This is on the back of Jassy’s leadership.

Interestingly, the better days are yet to come for AWS.

This is due to the demand for its cloud-based services in the wake of the ongoing pandemic.

It is, however, worthy to note that Jassy has already set a clear path for the future successes to be witnessed in the division even as he transits into the top role.

“Andy Jassy stepping into the CEO role at Amazon is a natural fit,” says Tim Hubbard, an industry expert.

“Amazon Web Services is a powerhouse within the company, driving a lot of profitability.

“The transition may indicate that for the core of the company; it’s going to continue down the path it’s going,” Tim added.

While the transition window slated for Q3 2021 is still months away; Jassy will continue to work closely with Bezos in the interim.

Android Users Can Now Use ‘Start Radio’ From YouTube Music