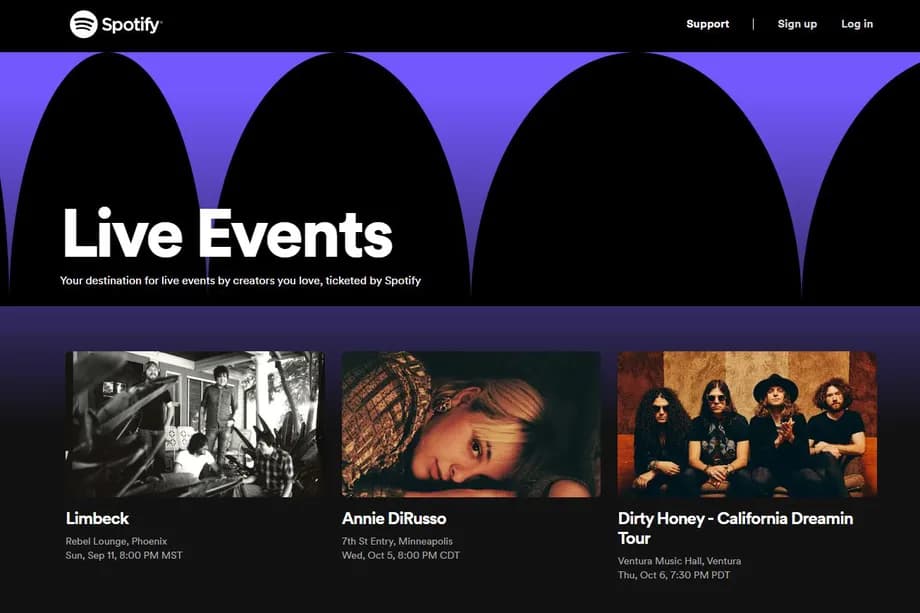 Spotify has said that it would be releasing a new website to sell tickets directly to fans. This was reported by Musically Ally, a media platform known for global music updates.

Previously, artists required third parties to make sales of their tickets. However, it could be a hassle making sales that way.

With this new update by Spotify, you will be able to buy tickets for music shows, concerts and events on Spotify.

This is awesome news, especially for the artists. They would be able to promote their shows faster and make sales easier.

We can say this is one of Spotify’s commitments to further promote artists on its platform and help them grow.

Spotify has said that it will partner with event platforms like Eventbrite and Ticketmaster. Through the partnership, it would be able to sell tickets on its Event feed created.

You can now browse for ongoing and nearby events you wish to attend and make purchases for the ticket yourself on the platform.

Clarifying how the site will work, the company states that it sells tickets o behalf of third-party apps. Third parties include event promoters, venues, fan clubs, artists or ticketing agents.

This means that Spotify will have nothing to do with the ticket price, however, there would be a fee for booking which would be disclosed at the checkout.

Also, it adds that the product is in the testing state and at the time it doesn’t have any more plans to share on the product.

There have been reports that TikTok might be launching a streaming app. This is after it filed for a TikTok Music trademark in May.

Soon after, it announces the release of Ticketmaster. A platform that would help artists to promote their live events. It introduced the Ticketmaster service earlier in the month for users to buy tickets from their favourite artists.

They can get tickets for WWE, Demi Lovato, OneRepublic,  and others, within the app.

This new update by Spotify would be useful for both artists and their fans.

Artists would get better promotions for their events.

Fans, especially those that use Spotify would get to buy tickets by themselves on the platform which is more credible than third parties.

5 Ways You Can Prevent Cyber Attacks In 2022