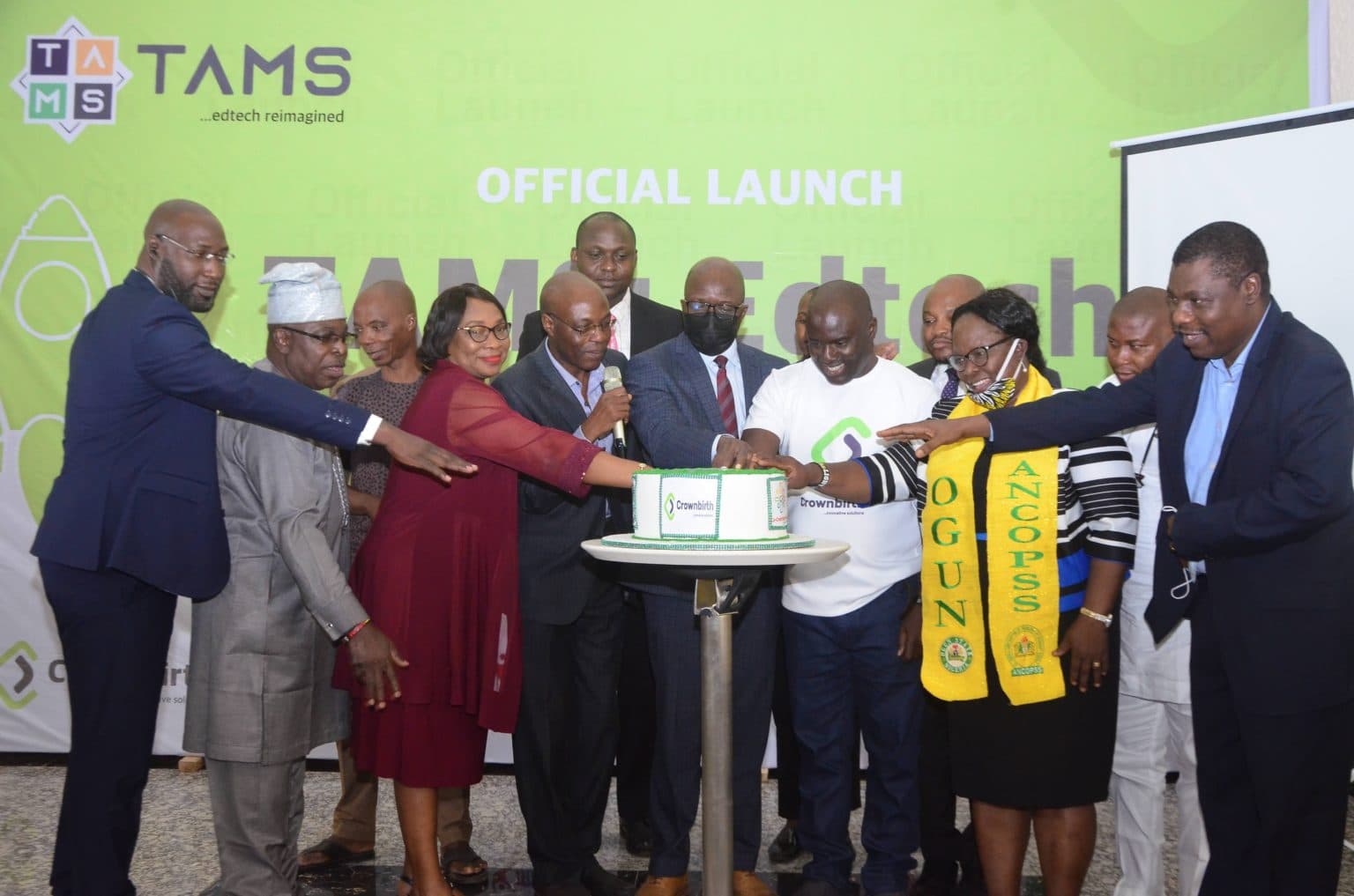 TAMS is uniquely developed with a structured framework for basic and tertiary institutions. It provides a personalised and user-friendly platform for stakeholders.

Also, it enables interaction, management, and coordination of the operation and processes of schools.

The company, Crownbirth limited, which birthed the initiative, was established in 2006. Since its establishment, it has deployed several versions of the software products, TAMS.

Its first version of the product was developed in 2013 at Tai Solarin University of Education, Ogun State.

From 2013 of its development till 2019, it has recorded three cycles of development.

In which each cycle brings about experiences and knowledge in developing the next.

Also, each cycle’s knowledge extends to its functionalities to model education requirements and ensure stability in the proof-of-concept of the solution.

As of 2019, it existed in five tertiary institutions in Ogun State. In which some inculcated into their system for its robustness and adaptability to their needs.

TAM Pro is offered to tertiary institutions for its dedicated, customised, and scalable school management system.

However, TAM Basic is for basic schools.

Within six months of its launch, it has been deployed to over 100 basic schools across Ogun state.

It has also been facing the reality of the pandemic heads on as it captures the basic features.

TAMS provides a customisable platform for third-party sectors like banks, fintechs, and Educonsult to offer solutions to schools.

It also gives them a platform where interested participants can register, do the necessary things, and get a commission on the school’s subscription.

How it is going

The CEO/Founder, Ademola Adenubi, said that the ability to solve the problems of over 85,000 schools in Nigeria keeps the team going, coupled with the pressing demand for technology to drive the education system.

Alongside his team, they are working passionately and consistently, using their TAMS development skills to make it the leading EdTech in Africa and specifically the Nigeria market with its adaptive tools.

With this, TAMS is now offering a new approach on a research base structure framework to basic and tertiary education through its school management solution.

Also, it plans to set a pace and direction in the EdTech industry.

The team’s motivation has also led to the birth of TAM Basic and TAMS Pro.

Ogun State has over 5,000 basic schools and over 10 Tertiary institutions, which are being unserved.

Each of the ten leading school management solutions will serve an average of 500 schools in Nigeria with an addressable market of 95% approximately.

TAMS will be offered as a school management solution with a user interface that drives stakeholder perception to technology adoption.

Also, it will encourage mutually beneficial partnerships that can penetrate a larger market.