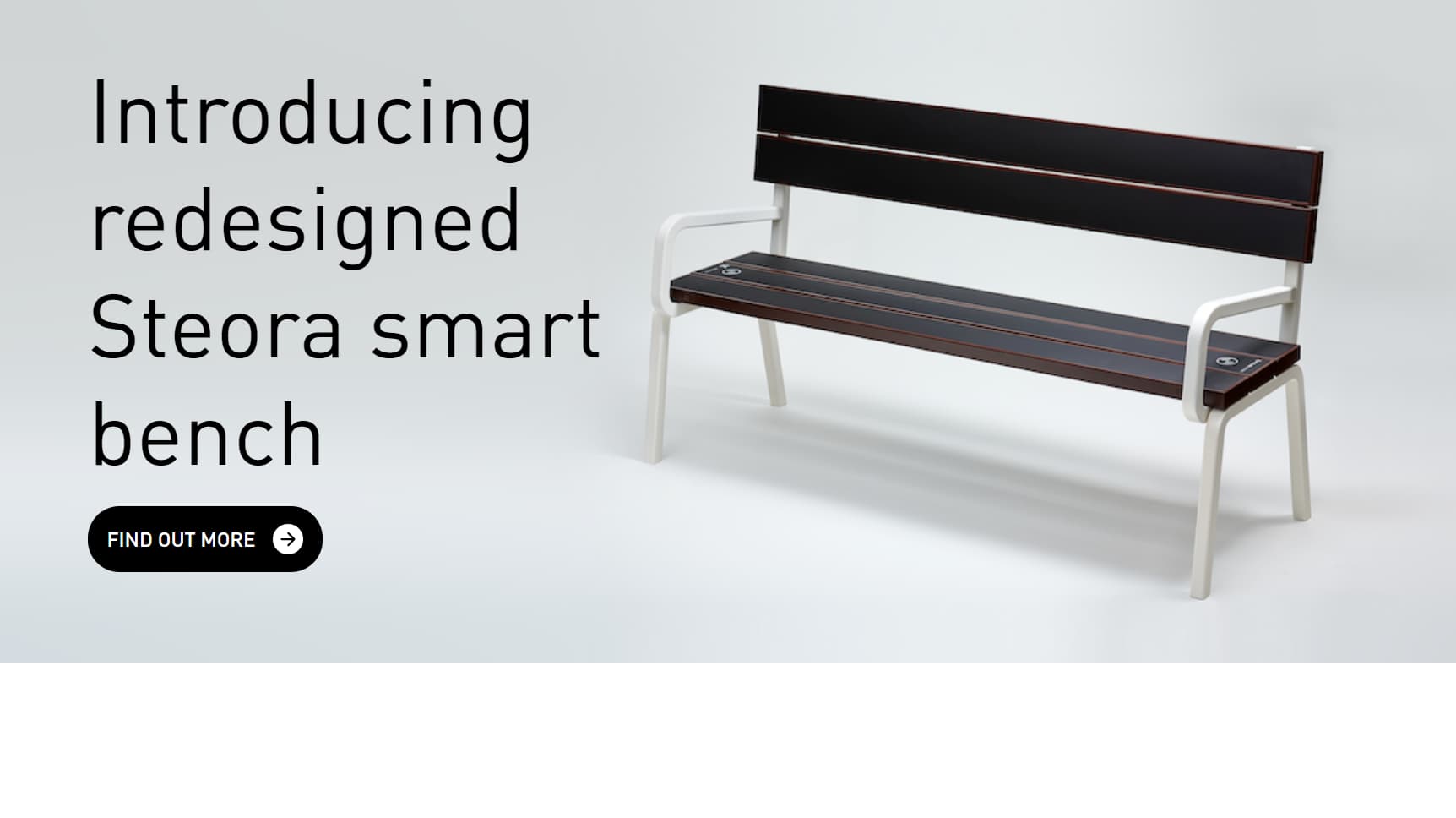 Here’s another invention that we’re excited about. Benches have always been useful to all humanity, but for only basic reasons. For example, we rest on them after jogging miles during early morning workouts. We sit on them and have good conversations with our friends and sometimes our loved ones. But that was it until a Croatian company known as Include decided to switch things up.

Today, you can charge your smartwatch while resting on the bench after that exhaustive morning jog. You can also check the temperature and turn up the heat on the bench during cold weather so you don’t have to abruptly end your conversation so that you can go home and get under your blanket to keep warm. Exciting yeah? That’s what we thought too. 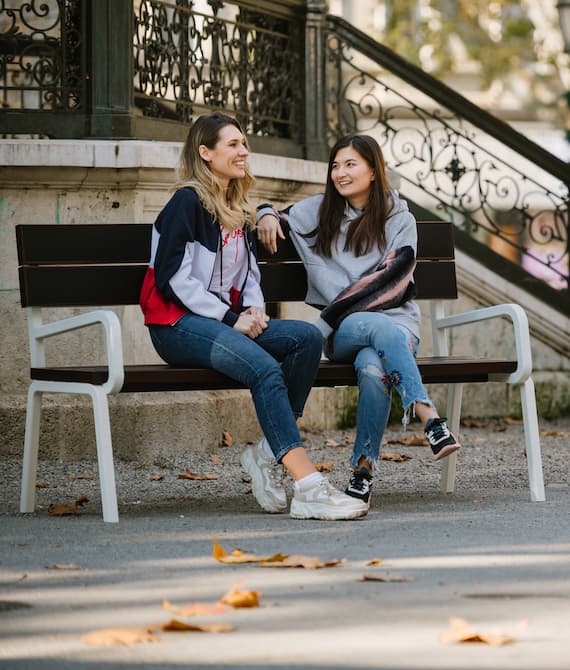 Include has launched a new collection of its “Steora Smart Bench.” The new collection comprises three distinct benches with unique functions. All three of them add new and valuable functions to the regular bench.

Steora started releasing smart benches into the market in December 2015. Its initial range of products had no backrests. As at the time, the brand had six products. The six models were; Standard, Hybrid, Urban, Urban+, CCTV, and E. Today, Include is ending the production of its six old products. Henceforth, they will only produce their three new models known as Classic, City, and Cyclo.

What can they do?

Now here’s the one million dollar question. What can they really do? Well, they can do a lot. At least a lot more than regular benches can. We’d tell you about it.

First, all three smart benches are powered by in-built solar panels. But, they could also be powered by external light sources.

The Steora classic is the cheapest of them all. This variant comes with two Qi-compatible wireless charging surfaces. With this, you can charge your iPhones (from iPhone 12- iPhone 8), AirPods and Google pixel smartphones, and any other device that supports Qi charging. Wondering if your device supports Qi Charging? Here’s a list of devices that do.

The older versions of the Steora Smart Bench looked more futuristic. But, maybe that made it stand out a little too much. They looked like they were taking directly from a sci-fi movie. As such, they couldn’t fit into specific environments without altering the aesthetics of the place somehow.

On the other hand, the new models look very much like regular benches. They have armrests, backrest, and they seem to look like they were made out of wood. Now, these can fit just about anywhere without drawing attention. And since some of them are equipped with cameras for collecting pedestrian information, it seems best that they look normal.

ALSO READ: Nigeria May Require More Than Tech Adoption to Scale Through Recession

Steora city – the one with the camera

Compared to the Classic variant, the Steora city is more advanced. Just as the name implies, it’s best used within the City (outside of buildings). This is because it is equipped with an optional AI camera. This could be useful in several ways. For one, an advertising agency can collect data showing the number of male or female pedestrian walking by each day. They can also collect data on the age range of pedestrians in that area. This can help them decide what kinds of ads to display on billboards around the area.

Although the company claims that the cameras protect privacy by never storing videos, Steora City also comes with extra sensors and optional LCDs.

The last variant of the three, Stereo Cyclo, helps travellers on e-bikes or scooters to power up their rides. Cyclo is equipped with in-built charging plugs that can work with several scooters and e-bikes. This turns Cyclo into a mini service station for vehicles. After a long ride, you can easily pull up, charge up, and rest (up).

All three benches are connected to Include’s Solos platform. According to include, the platform allows remote access to all of the bench’s gathered data. This gives them access to a whole lot of private, unencrypted information. This information could be visual and audio when the bench’s camera has microphones or has been tapped.

Agencies responsible for regulating data collection might need to look into that.

The new collection of Steora benches will hit the market in 2021. The Classic model $1988, City will cost $2,156 while Cyclo will cost $2994. The benches will most likely be made available in selected European countries and be extended across other continents in due time.

What do you think about the new collection of Steora Smart Benches? Let us know in the comment section.