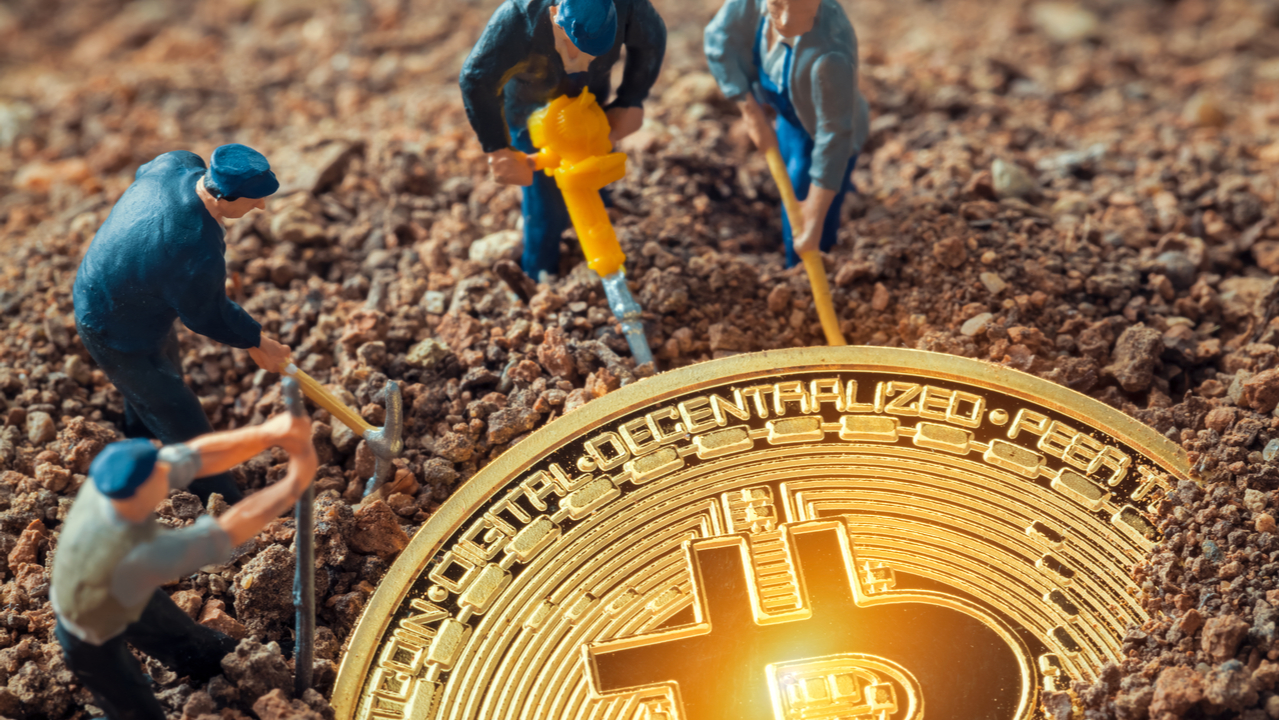 Bitcoin, a form of Cryptocurrencies, has become very popular and lucrative and so is mining the coins becoming very lucrative too.

As Bitcoin continues to rise exponentially, so it has become very attractive to crypto miners too.

Of course, you have bought some cryptocurrencies and surely, many will hail you as having done the right thing.

However, have you also, ever considered what it is like to mine Bitcoin?

This is because, buying it is like someone buying food to eat after it’s been cooked by a chef.

But you can equally prepare the delicacy yourself, that is, if you are willing to take the challenge.

Meanwhile, only a few people globally, and very few, if at all, in Africa, are even talking or considering how to mine Bitcoins.

Nonetheless, if you want a glance into what Bitcoin mining is, then this article is for you.

But before we delve into that, let’s refresh our understanding of some basic terms involving digital currencies.

Cryptocurrency is a Blockchain technology, in that it is chunk of data stored in blocks and connected by chains.

A cryptocurrency, also written as crypto-currency, or crypto, is simply referred to as digital or virtual money.

It is an electronic currency that serves and has value like the usual Naira, Euro, Dollars, Pounds, Yen, etc.

However, it has no physical forms like coins or bank notes that can be carried around.

Also, Crypto programmers designed Cryptocurrencies to work as a medium of exchange.

Each crypto coin is recorded and kept in a computer database using codes- a process otherwise known as cryptography.

Bitcoin is a form of cryptocurrency. It is a type of money that is completely digital or virtual.

It is a type of digital asset that uses public-key coding system to record, sign and send transactions over blockchain.

According to Coindesk, “It is a peer-to-peer electronic payment system that uses a native cryptocurrency…to transfer value over the internet or act as a store of value like gold and silver.”

Coindesk said, “Each bitcoin is made up of 100,000,000 satoshis (the smallest units of bitcoin), making individual bitcoin divisible up to 8 decimal places. This allows people to purchase fractions of a bitcoin with as little as one U.S. dollar.”

What is Bitcoins Mining:

Mining, as a term, simply means digging or extracting things like minerals such as gold from earth.

But this is not exactly so with mining Bitcoin.

Bitcoin mining, therefore, simply means the process of adding your own Bitcoin data to the already existing larger database (ledger).

According to Coindesk, “Bitcoin users send and receive coins over the network by inputting the public-key information attached to each person’s digital wallet.

Miners make money in Bitcoins because, each transactions has a fee attached to it. So, anybody who adds the transaction to a new block in the ledger gets the fee.

“Fees work on a first-price auction system, where the higher the fee attached to the transaction, the more likely a miner will process that transaction first,” says Coindesk.

How Miners mine Bitcoin:

Coindesk explains that, mining it requires “miners to compete using specialized computer equipment known as Application-Specific Integrated Circuit (ASIC) chips to unlock the next block in the chain.

A miner takes inputs (or data) about Bitcoin and turns it into a fixed length of alphanumeric code.

The code is called “hash.”

Through Cryptography hashing, a miner turns input (data) into a code or ‘hash.’

“Each new block has a value called a “target hash.” In order to win the right to fill the  next block, miners need to produce a hash that is lower than or equal to the numeric value of the ‘target’ hash. Since hashes are completely random, it’s just a matter of trial and error until one miner is successful,” explains Coindesk.

“Whoever successfully unlocks the next block” gets reward of a set amount of bitcoin.

Bitcoin, as a crypto- currency, has become so popular that many people have huge investments in it.

You can use it to buy things as even countries of the world are adopting it as legal tender.

El Salvador is one country that has fully adopted it as official currency of the country.

In Nigeria, the crypto industry is growing even fast despite government’s ban on Bitcoin adoption.

Many young Nigerians have and are still adopting bitcoin amid the crypto ban placed by the Nigerian Central Bank.

In fact, since the start of 2021, peer-to-peer bitcoin trading has grown to $204 million, the largest amount in Africa.

Also, mining the coins is a lucrative venture but it consumes a lot of energy.

The Bitcoin network currently consumes around 93 Terawatt Hours (TWh) of electricity per year  – around the same energy consumed by the 34th largest country in the world.

How To Create A PowerPoint Presentation

Best Headphones for Joggers You Can Buy In 2021