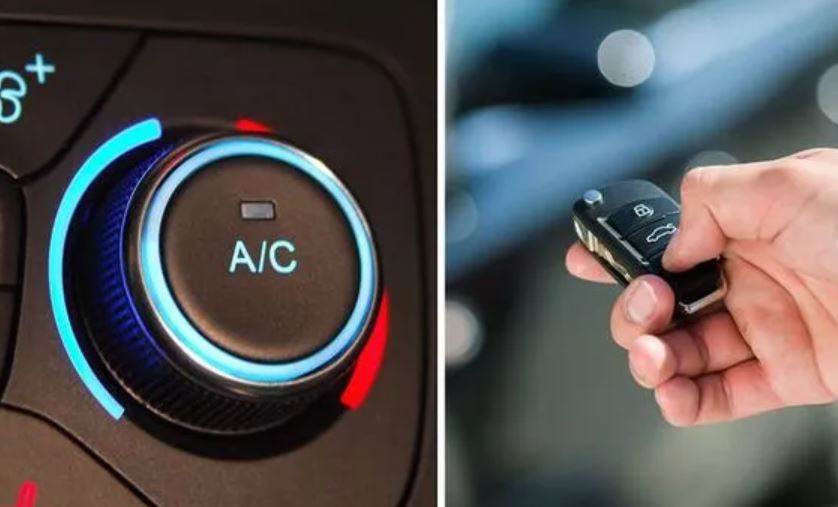 The cost of fuel is going higher. This means more expenses for you if you have a car. But it would surprise you to know that there are actually hacks, hidden buttons and techniques to help you save fuel? Therefore, this report shows you 5 fuel-saving hacks and hidden button all drivers should know. These tricks range from buttons on your car to the way you drive and engage the car’s engine.

There is a little-known hidden button that almost every car has that massively reduces fuel consumption.

It is a secret air condition button that can reduce fuel consumption, especially on short journeys, by 12 percent.

In fact, this button not only saves fuel but makes both the drivers and their passengers comfortable during driving.

The air-conditioning system uses engine power in diesel and petrol cars, and battery power in electric vehicles, so, don’t worry about the type of car you are using. 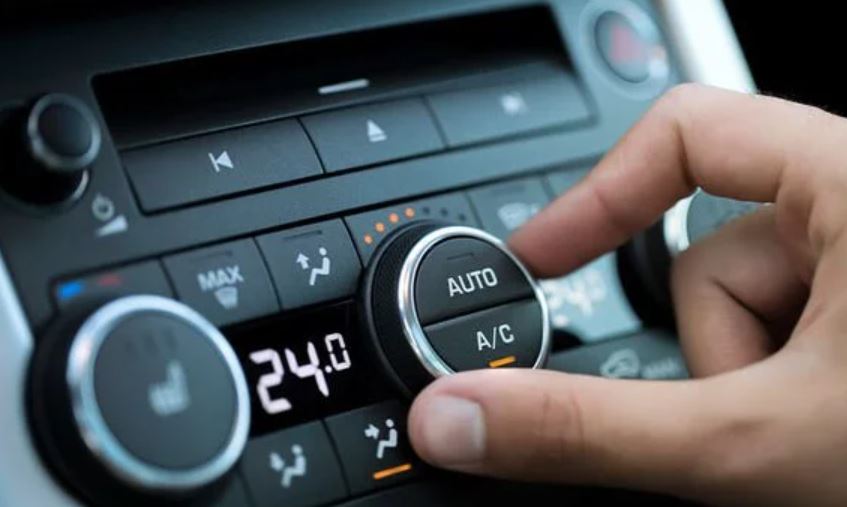 However, activating the air recirculation button in the car will help reduce fuel consumption.

The system works by taking the outside air and then heating or cooling it.

When you activate the system by pressing the air recirculation button, it allows the air condition in your car to use the air from inside the car by drawing it through vents.

As it does this, it stops the outside air from getting in. 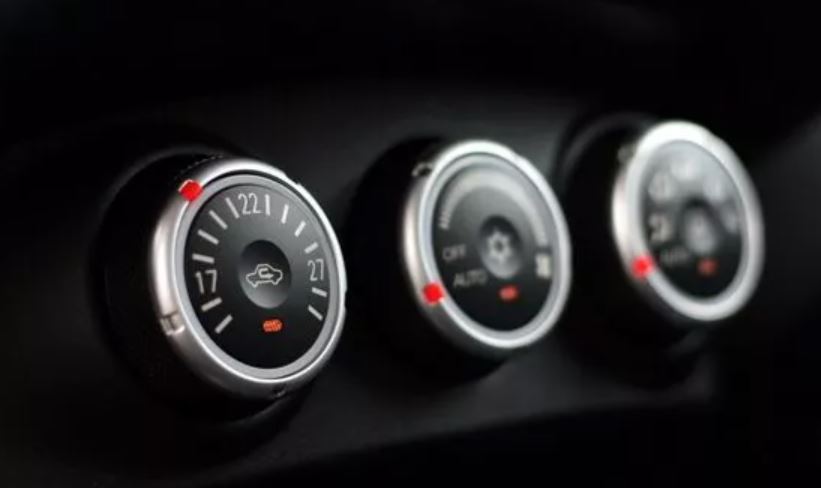 When it does this, your car uses only small amount of fuel while you enjoy air condition during your journey.

Using the button will help reduce fuel consumption as it puts less strain on the car’s engine.

The principle is the same for electric cars as the aircon will put less strain on the battery.

The compressor requires energy to run your vehicle’s air conditioning system and so will use a small amount of fuel whenever you turn on this system.

How to identify or locate the button:

You can identify the hidden button by the picture on it and its position.

It has a picture of a car with an arrow inside it.

The button is usually located around the aircon dial that allows the driver to set the internal temperature.

Also, another button in your car, if you have this one, is the start-stop button.

It is a button with circular arrow wrapping above it and it reduces fuel consumption.

This button works by automatically shutting down your vehicle when it is stationary for a long time.

ALSO READ: Over 50,000 Vehicles Get Stuck In Lagos Traffic Daily

Imagine when you are sitting in your car waiting for your wife to dress and come out or when you stop at a junction to buy ‘Suya’ from the ‘Aboki’ man at the road side.

The start-stop button system works by shutting down the engine and restarting it again to prevent idling.

Idling is sitting stationary in a car while the engine is still running.

Not only does it waste money on fuel for the driver, but it is bad for the environment.

This button can save you fuel by up to 12 percent.

Meanwhile, note that the operation of the button can vary from vehicle to vehicle.

However, some people have said that this system can wear out your car’s batteries and engine.

But experts have said this is inaccurate as many newer cars now come with separate batteries that re-start the engines.

Also, the newer cars come with modern batteries with very high capacities that can cushion the start-stop effect.

3. Never fill up your fuel tank: 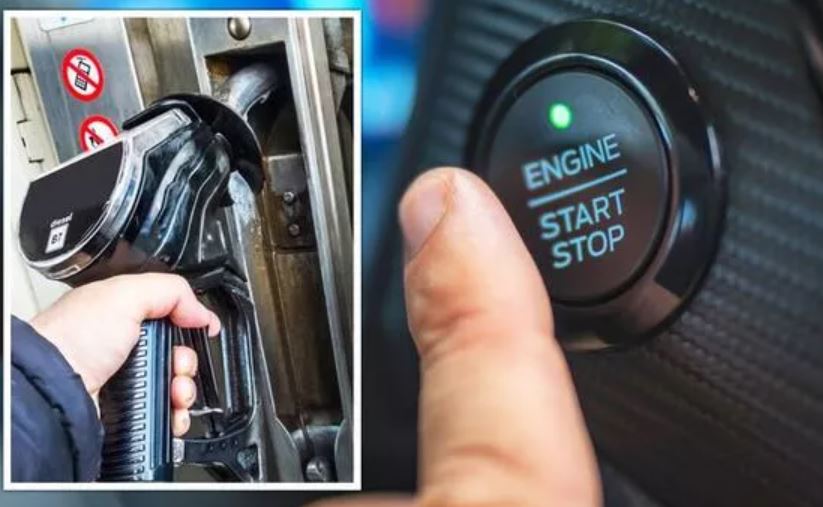 Another trick to save fuel that drivers don’t know about is that you should never fill up your fuel tank.

While it may seem counterintuitive, there is some logic behind the tip.

What you must know is that fuel is really heavy.

A full tank of petrol weighs around 43.2kg, which is like driving around with bags f rice in your car.

The weight makes your car to take up more power from the engine to move, meaning it is consuming more fuel.

Another hack that will help you save fuel is a car key hack.

This hack cools down your vehicle instantly and saves fuel.

During hot, sunny day, your car heats up very high, likewise when you have travelled very long journey.

This hack works by you following this method: “you unlock, lock, unlock and hold down the unlock, and it puts your windows down.”

This hack will automatically roll down the windows of your car.

It is a common feature on newer cars with remote key fobs.

Drivers do not need to lock or unlock the car first, they can simply hold the unlock button on the key and the windows will roll down.

Opening windows before starting a journey instantly cools the car down meaning that the air con does not have to work harder than it needs to.

This in turn saves money as less fuel is being used.

Our fifth hack is a speed bump technique that helps you save fuel.

Do you know that the way you drive on roads with many speed bumps can either increase or save you fuel?

While driving on speed bumps, you constantly slow down and then accelerate again and do same when you meet more bumps.

However, this constant slowing down and acceleration negatively affects fuel consumption.

This can lead to motorists spending much more money on petrol and diesel.

However, with this technique, drivers can improve their car’s fuel economy while driving on roads filled with the speed-limiting obstacles.

This technique works by you constantly driving at one speed through bump-filled roads.

Many drivers don’t know this trick.

IF you constantly drive at one speed through speed bump-filled roads, you will massively improve fuel economy.

This is because, according to Euro Car Parts, “Acceleration and deceleration whilst driving can mean extra fuel is used, and this includes driving over speed bumps, so learning how to properly tackle them could save motorists a lot of money.”

“Drivers can avoid unnecessary fuel consumption by driving at a constant speed and avoiding accelerating or braking too often in between speed bumps, which is when most fuel is used.”

“It’s all about keeping moving and not losing momentum.

“Accelerating from being stopped is very costly in fuel consumption terms and so is going up any steep incline.

“If you can keep moving slowly rather than stopping in traffic that’s good, but you do have to be conscious of not being a pain to other drivers by leaving too much of a gap behind the car in front.

“You need to listen to the engine to make sure you don’t use excessive revs but you need to use enough, so it’s a fine balance as you don’t want the car to be labouring too much either.”

These hacks will help you save fuel, especially now that fuel prices are high.

You will be saving some money too by following these tricks – money that you would have used t buy more fuel.