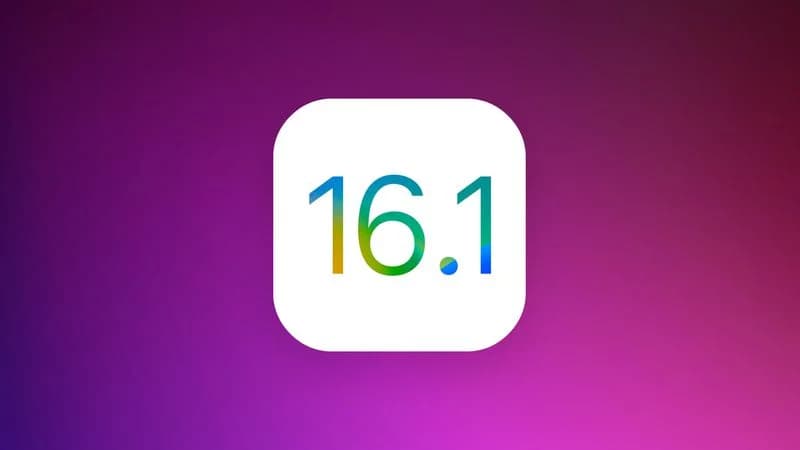 This is great news for users of Apple products as it means new feature updates will be coming to their phones. Some of these updates include shared photo function, fitness functionality, charging energy and others.

The new updates will be coming asides from bug fixes and some minor refinements from the previous version.

Apple had not too long released its iOS 16 version for its smartphone. The release came with several features like an upgraded lock screen, an edit message feature for the iMessage app and many others.

However, the iOS 16.1 update is a much-anticipated version of the iOS 16. And it brings more improved updates like a new battery percentage indicator which many users didn’t like.

Below we will share some of the fantastic features Apple will bring with its iOS 16.1 and iPadOS to its iPhone and iPad, respectively.

Updates coming with iOS 16.1 to your iPhone

You should know that iOS 16.1 is a tweaked version of iOS 16. It comes as a better and modified update with features in beta testing released. 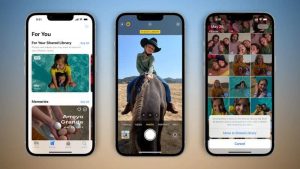 This is one of the delayed features that was in beta testing. Apple had previously introduced the feature during its WWDC event in June. It explained that the feature would allow you to set up a shared photo library with 5 other people.

This can work for those family getaways or group hangouts in which memories are being created.  It makes the distribution and sharing of photos very easy.

Although, this feature isn’t completely new, It is built upon the existing shared photo albums. However, it came with more benefits. Anyone who has access to the shared album can add, share, edit, favourite, delete and caption photos.

A user can use the camera setting which comes in a toggle form to share pictures straight into a shared library.

The iCloud feature is to be desired but it is one that still comes with a bit of complication. 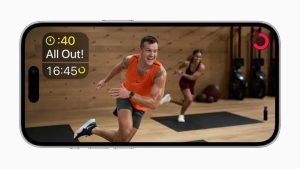 This feature update from iOS 16.1 is one that those who take fitness serious would be happy to hear. The good news about the feature is that you don’t require an Apple watch to monitor your fitness journey.

Previously, Apple offers $9.99 each month as a subscription service called Fitness+. This offers a variety of fitness services that are displayed on the Apple Watch.

Some of these include heart rates, calories burn, stretching and meditation.

However,  with the new update to the fitness feature, you do not need to have an Apple Watch. You can access the app and get workout and meditation routines.

Although, you won’t be able to see real-time feedback like calorie burn, heart rate and the rest. 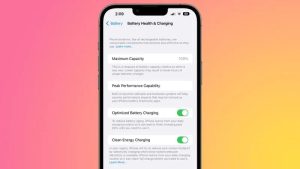 Another amazing feature coming on the iOS 16.1 update is the clean energy charging feature. It checks the energy to enable a phone charge. The idea of the feature is that charging time will be optimized based on when the grid uses clean energy.

We can say this is a climate-conscious feature for phones. When the feature is activated it will selectively charge your phone based on how the availability of low-carbon emission electricity.

Once you update to iOS 16.1, the feature would automatically be toggled on. However, if you don’t wish to engage in the feature, you can toggle it off.

When you updated to iOS 16, you would have noticed some changes to your lock screen. There was an addition of live activities called widgets that grants you updates from Apple apps.

This iOS version brings the update a bit higher. You can have real-time access to your notifications from certain apps on your phone. The updates allow notifications to come not just from Apple apps but even from non-Apple apps.

So users can real-time updates from their favourite sports apps or real-time events. 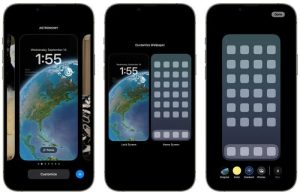 With the new iOS update, users can customize the interface of their home screen and lock screen.

Previously, it only allowed for one customization, which was the lock screen.

However, users can customize the look of their iPhone from one spot without having to go through a lot of processes.

The feature allows a user to share keys that are available in their wallet app through other platforms like WhatsApp, messenger. 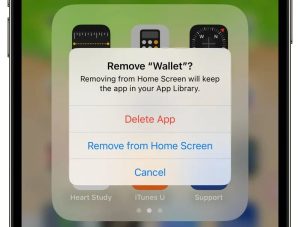 With the iOS 16.1 update, users can completely delete their wallet app. This wasn’t possible with the previous versions of the operating system.

Also, updates will be coming to the AirPods Pro 2 Volume Touch Control Toggle, book apps, battery percentage in status, matter support and others.

Some of these include the following.

With the update, users would have access to be able to edit sent messages.

This is just like the update for iMessage with the iOS 16 update.

Users would be able to edit in-app messages.

Another feature is the focused app feature. It is an expansion of Do not disturb that was introduced alongside the iOS 15.

It allows a user to set up different permissions for certain apps and contacts. You can create separate permission depending on what you are doing.

The focus mode has control over certain apps. So when activated, they can block notifications, clear away open notifications and filter through their notifications.

However, with the improved version, the setup is very straightforward. And it comes with a personalized setup experience for the new focus that you create.

The setting is a little more organised and specific. One of the changes allows the option to allow or silence notifications from specific people when you are on focus.

Also, the updated version has a customized screen interface that allows Apple to walk you through the process of personalising a focus.

The shared photo Album is the same as the one for iPhone.

Unlike iPhone, the iPad doesn’t have a weather feature that tells you how the weather is or even a prediction.

With the new operating system update, the iPad will get a weather feature just like on the iPhone.

They would be able to tell the climate changes.

The feature encourages multitasking for users.  It allows them to be able to resize and shape apps, move around and overlap.

Also, it enables a laptop-like experience.

How to download and install the latest iOS 16.1, and iPadOS 16 updates.

Before you download the upgrades, here are some things you should know.

One of the things you need to know before considering downloading the iOS 16.1 update is how compatible it is. Not every iPhone would be able to update to iOS 16.1 update. The iPhones that qualify for this are phones ranging back to 2017, that’s the iPhone 8, iPhone X, iPhone 11 and other top generations, including the recently launched iPhone 14.

Another thing you should consider when downloading a new software update is backing up your phone. This is you simply taking necessary precautions against any fallout.

Over the years, some operating system upgrades have led to bugs and malfunctions. Taking necessary precautions will help you downgrade back to the former upgrade.

Like if a person upgrades to 1OS 16.1 and the person isn’t too happy with the upgrade, the person can downgrade back to iOS 16. However, this will only happen when you back up the iPhone before the upgrade.

To back up your iPhone, connect it to a Wifi connection, go to settings and hit Back up now.

Also, your device should be connected to a good Wifi connection and it must have enough storage space. If you are running out of storage, you might need to clear some space for the upgrade.

You should know that some of the guides apply to downloading the iPadOS 16.

Now that you have done the necessary things, here is how to download and install iOS 16.1 and iPadOS 16

Need to get more information about the new Apple updates? Make sure you check Techuncode’s website. We share all the Apple updates and releases you need to know about.

Do you have any observations concerning the iOS 16.1 update? Kindly share with us in the comment section below.