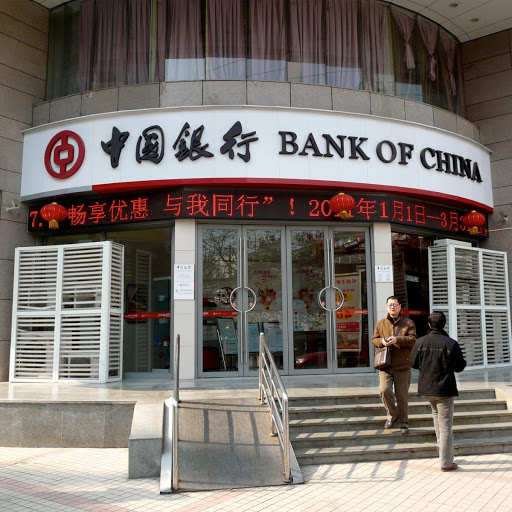 Another bad day for the cryptocurrency market as China officially bans its banks and payment companies from providing crypto-related services.

According to Reuters, the ban on crypto-related services also comes alongside a warning that restricts investors from speculative trading.

While China has never shown any form of support whatsoever toward crypto trading, this is the umpteenth time that it is banning the transaction of virtual currency completely.

Moreso, it is the country’s latest attempt at clamping down on what it initially described as a “burgeoning digital trading market.”

Institutions that are affected by the new directive include banks and online payment channels.

Specifically, they must not offer clients any service involving cryptocurrencies i.e, trading, clearing, and settlement.

Also, Crypto-related information services, insurance, and derivatives trading have all been restricted.

In justifying its decision, China’s three industry bodies faulted the infringement on the safety of the citizens as well as the disruption of economic and financial order.

“Recently, cryptocurrency prices have skyrocketed and plummeted, and speculative trading of cryptocurrency has rebounded, seriously infringing on the safety of people’s property and disrupting the normal economic and financial order,” they said in the statement which was posted by the People’s Bank of China (PBOC).

China’s new directive takes a queue behind others

Although officially banning crypto transactions, the Republic of China has never in the history of crypto, recognized the virtual currency as a legal tender.

Back in 2013, the Chinese government described bitcoin as a virtual commodity, and even though it allowed individuals to freely participate in its online trading, was very sceptical about its idea.

Towards the end of the year, China’s financial regulators including PBOC restricted banks and payment companies from transacting or providing bitcoin-related services.

However, unlike now that it has completely banned any crypto-related function, the initial ban was partial and only affected a few services.

Similarly, China, sometime in 2017, prohibited Initial Coin Offerings (ICOs) in another move to clamp down on crypto-related activities after it proved tougher to regulate.

In line with the restriction of ICOs, the Chinese government further banned cryptocurrency trading platforms from converting legal tender into cryptocurrencies and vice versa.

This action forced many trading platforms to shut down their operations within the country.

“By mid-2018, at least 88 virtual currency trading platforms and 85 ICO platforms had withdrawn from the market,” PBOC stated.

Speculation on Why China tightened its regulations

So much opinion to agree with, however, one speculation that stood out from others points at the potential utilization of its home-grown digital currency.

The Chinese government has been working relentlessly on the deployment of what it called the “China Bank Digital Currency (CBDC) or simply put, Chinese digital Yuan.”

The virtual currency shares the same functionality as every other cryptocurrency and represents the virtual form of a Chinese fiat currency.

While China was the first to deploy a central digital currency, the process of deployment has been met with issues arising from the fact that there are several competing crypto.

The only way to wholly control its market would be a complete ban on the use of alternative coins.

On the other hand, Chinese investors were reportedly boycotting the previous ban issued by the government by revisiting platforms owned by Chinese exchanges that had relocated overseas, including Huobi and OKEx.

In other cases, other investors are getting to use once-dormant channels including over-the-counter market, and trading chatrooms on social media platforms.

With all these activities are rather becoming unbearable for the Chinese economy, the government was left with one more choice – to further hit on grassroots trading channels.

The impact of the latest ban, however, is far deeper than any there in the past. For one, it is almost impossible to trade Yuan for any crypto other than the Digital Yuan.

This simply means investors who find a way to still boycott the latest ban can only do so by trading with other fiat currencies.

“For those new to bitcoin, it is customary for the People’s Bank of China to ban bitcoin at least once in a bull cycle,” HKBA said in a statement.

Limit The Sharing Of Sensitive Information On WhatsApp – NITDA