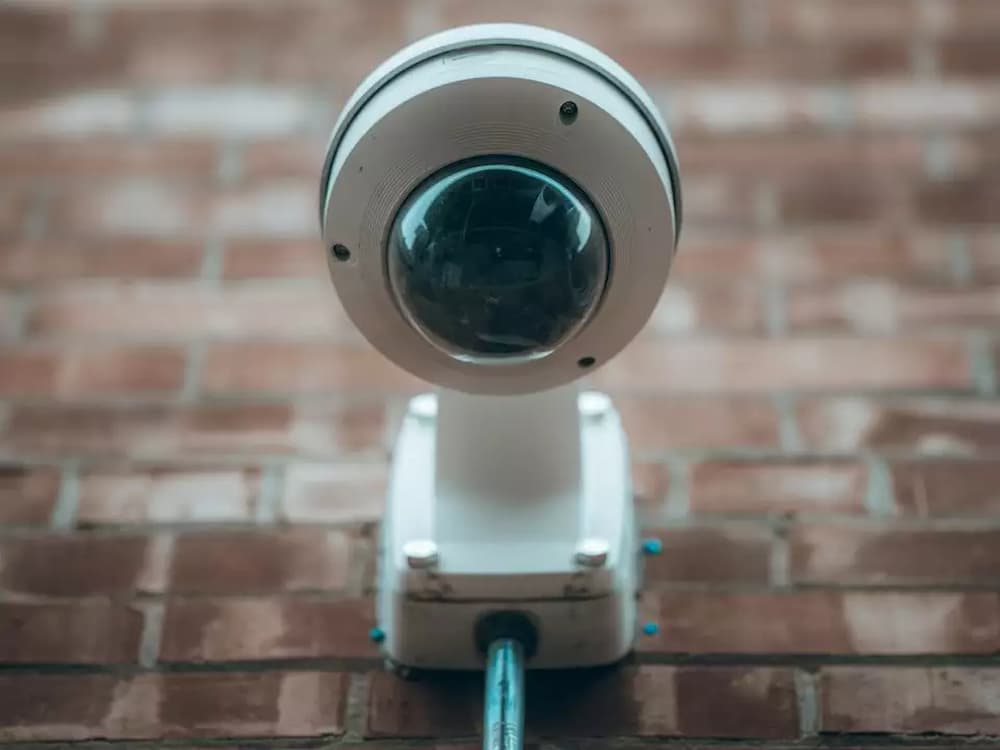 Close-Circuit Television, CCTV, footage has exposed how a nine-year-oil girl ignited the fire that burnt Ebeano Supermarket in Abuja.

The fire burnt through Saturday night on 17th July to Sunday morning, razing the Ebeano Supermarket to ashes.

The nine-year-old arsonist had strolled to the gas section of the supermarket to ignite the fire using a lighter.

The CCTV footage clearly showed the girl’s act was pre-meditated.

The footage showed how the girl furtively ignited the fire and waited for it to burn before vanishing.

Although the identity of the arsonist is shocking, the importance of CCTV in exposing the crime cannot be overemphasized.

The signals from the cameras are then transmitted to specific monitors for viewing.

Some CCTVs also make use of features such as motion-detection, online viewing and storage and email alerts.

It then transmits the signals to a DVR or NVR, which is then connected to limited set of monitors.

CCTVs use either point to point wires or wireless links to the monitors.

Governments, organisations or even private individuals use CCTV for security surveillance of public areas and homes.

Also, people use CCTV technology to monitor public areas to detect incidents such as the inferno involving the little girl and Ebeano supermarket.

Governments and managements of establishments use the CCTV system to co-ordinate police responses and record events for use as evidence.

The police and other law enforcement agencies, including the courts, use footages from CCTV cameras for investigations.

How CCTV deters crime and help in identifying crime suspects:

Reports have shown how people have been able to detect crime suspects through CCTV footages.

Circulating footages of crime suspects often leads to successful and accurate recognition of the suspects by the public.

So, circulating to the public even poor quality CCTV images of people may lead to successful identifications.

Example is the case where a work colleagued identified a London Nail Bomber from a CCTV footage.

His colleague identified the bomber from a CCTV image of him in a London newspaper.

In Nigeria, the Ebeano Supermarket case is another example. CCTV footage exposed the little girl arsonist who burnt the supermarket.

The Nigerian Government is seeking to enact a law that mandates all companies and organizations to install CCTV cameras in their premises.

It was titled: “A Bill for an Act to Make Provision for the Integration of Private Closed Circuit Television Infrastructure into the National security Network in Nigeria.”

The bill stipulates penalties for organisations who fail to install CCTV cameras in their premises.

The penalties include monetary fines or jail terms for offenders.

The Nigerian government has, in years, invested heavily in CCTV projects that have yielded little or no results.

First was the late president Umaru Musa Yar’Adua’s administration in 2008.

YarÁdua had awarded the CCTV contract to a Chinese company known as the ZTE Corporation under the National Public Security Communications System.

The government engaged ZTE to install 2,000 CCTV cameras in Lagos and Abuja on a cost of $600m credit facility obtained from the Chinese EXIMBANK.

ZTE promised to complete the CCTV installation in May 2011.

However, ZTE allegedly installed only 1000 cameras and only 40 functioned.

This time, the government plans to install cameras on major highways in the country.

The government also said it would use drones to support the CCTV cameras to tackle incessant security in the country.

Implication for you the reader:

The use of CCTV has become common place in Nigeria as many establishments use CCTVs.

CCTVs can save you a lot by helping you to detect crimes and save yourself troubles and huge money.

Remember that you need to install CCTV cameras if you own a business premise in Nigeria.

This is because, if the bill on compulsory installation of CCTVs becomes law, then defaulters stand to face penalties.

Also, you can use footages from CCTV cameras as evidence in cases involving the courts or during investigations.

Although CCTVs shows the increasing advancements in technology, you must not abuse its usage.

This is because, advancements in technology are synonymous with increased invasion on privacy rights of individuals too.

Ultimately, CCTVs will save you a lot. Imagine the discovery from the CCTV footage on the Ebeano Supermarket fire. That is the power of the CCTV.