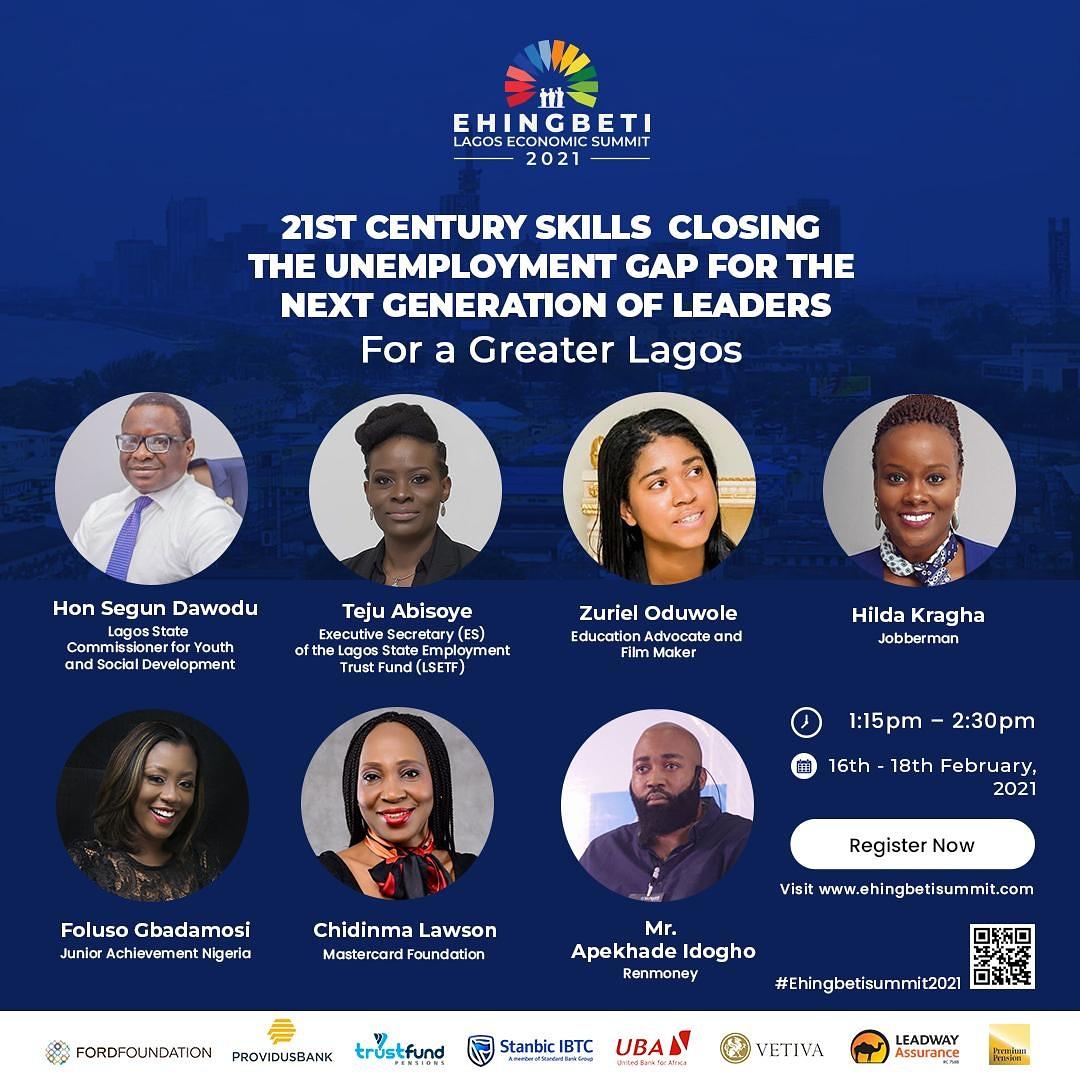 One of the resolutions that were agreed upon during a plenary session of the ongoing 8th edition of the Lagos State Economic Summit – EHINGBETI 2021 is that Lagos State will work on a labour market information system.

The session themed 21st Century Skills – Closing the Unemployment Gap for Next Generation of Leaders had Tejumola Abisoye, Executive Secretary of Lagos State Employment Trust fund as the moderator, while it also featured prominent personnel.

The session also had the Lagos State Honorable Commissioner for Youth Sport and Development, Segun Dawodu as a panelist. 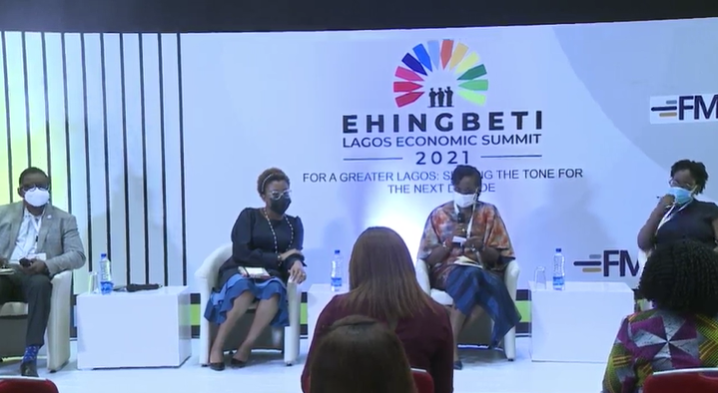 According to the Honorable Commissioner, majority of the youths, including the graduates, possess skill sets that are not necessarily required in the private sector.

However, while this seemingly challenge is being looked into, the State government will reportedly organize a series of programs that will help equip the youths with relevant skills and certification.

ALSO READ: Ehingbeti 2021: ‘We Must Adopt A Common Sense Of Shared Values’

Speaking on some of the reasons responsible for unemployment, Mrs. Folusho reaffirmed a proven opinion that suggests that the current educational system practiced in Nigeria is mostly obsolete.

According to her, “experiential learning is more important than in-school learning”, especially considering that majority of school graduates can barely apply their degrees in the real world.

As a result of the lack of relevant skills, organizations such as JAN has decided to set up a flagship program – Company Program, which according to Folusho, helps secondary school students to establish their own businesses.

While the program has existed for more than 20 years, Folusho claimed that it enables students to learn the reality of business from a very tender age.

Overall JAN focuses on giving participants, mostly students, the skills that are required to become employable after school.

Representing Mastercard Foundation, Chindinma said the Toronto-based organization wants to ensure that 30 million young Africans within the age of 15 to 35 get what she tagged as “dignifying and fulfilling work” before 2030.

However, the regional target in Nigeria is for 10 million persons with special consideration for the underserved population including internally-displaced persons and those with disabilities.

Hilda Kabushenga, representing Jobberman also buttressed the importance of up-skilling in filling the unemployment gap in Lagos and by extension, Nigeria as a whole.

Making reference to a survey carried out by the World Bank, Hilda said that only 2 to 4% of secondary and tertiary school graduates can be employed without intervention.

While about 20% requires postgraduate to stand a chance to be employable, more than 70% of school graduates require intervention or in some cases are not even willing to work.

According to Hilda, some of the responsible factors for these shortcomings include lack of adequate training and lack of soft skills among others.

As such, while also considering the transitional nature of modern workspace, Hilda said it is important to instill a continuous life-long education mentality in young people right from the fundamental learning stage and beyond the post-graduate level.

She further explained how digital job has grown rapidly in the wake of the pandemic, further highlighting the gap between those with digital literacy and those who don’t.

With the widening margin, Hilda said it is important to do more at getting young people to adopt digital skills.

Speaking from Los Angelis, Zuriel Oduwole spoke largely on the need for the government to engage in a strong visibility and preception initiative as a foundation to more credibility.

According to her, this will allow the State Government to appeal to both local and foreign partners for development who are always on the lookout.

Also, she advised that the government should endeavor to change very quickly, the current school curriculums in order to reflect the opportunities of the future including digital knowledge, content creation, e.t.c, rather than focusing on the education legacy of the past.

Further suggesting solutions to the existing challenges in terms of unemployment; the moderator, Tejumola felt that with the current size of Lagos economy, it is critical for the State to have a “labor market information system’ that is inclusive of all participant.

By that, Teju was referring to not just the public and private sectors but also inclusive of the schools – both vocational and the tertiary institutions.

Ehingbeti 2021: 30 Million Young Africans To Get ‘Dignifying And Fulfilling Work’ Before 2030 – Mastercard

Ehingbeti 2021: ‘We Must Adopt A Common Sense Of Shared Values’