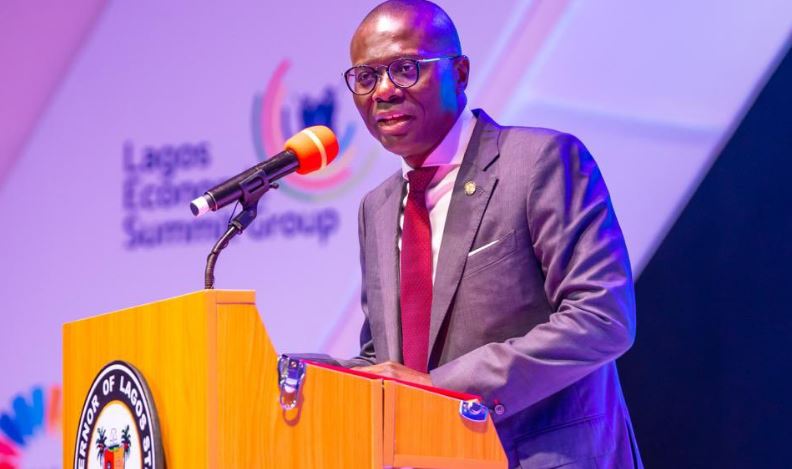 The plan aims at transforming Lagos to an ultramodern economic destination in Africa.

Also, the economic plan, which centered on four cardinal pillars – Thriving Economy, Human-centric City, Modern Infrastructure and Effective Governance – serves as a blueprint of how African mega cities should actually be built.

The plan was unveiled by the Lagos state governor, Babajide Sanwo-Olu at the 9th edition of the Lagos Economic Summit, also known as Ehingbeti 2022.

Held at the Eko Hotels and Suits, Victoria Island, Lagos on the 11th and 12th of October, 2022, the two days economic summit saw many stakeholders from different walks of life in attendance.

The 2022 Ehingbeti also featured fireside chats, breakout sessions and panel discussions from which all stakeholders robbed minds together and came up with robust recommendations which the Lagos state government under the leadership of the governor, Babajide Sanwo-Olu expressly adopted and promised to fully implement the resolutions for the growth of the state.

Among the resolutions reached during the two-day summit were as follows:

The summit saw the adoption of the Lagos state economic development frame work while urging the state to continuously communicate the plan to the people to ensure everyone keys into it.

Also, the reso9lutions saw the creation of a portal, www.lsdp2052.com where the discuss on how to grow the state will continue even after the summit.

Lagos state was also urged to drive partnerships with the private sector and upskill teachers to improve the education system since growing the economy cannot occur under a moribund education system.

The resolutions also tasked the state to identify opportunities as well as close the gaps with those in the Diaspora. Consequently, the state has set up a Diaspora office and a Diaspora think-thank to cater for this. Lagos is to also set up Lagos Diaspora mentoring program for brain gain as well as leverage technology to drive current investments, processes of governance and businesses as well as workflow.

To curb the bureaucratic bottlenecks, corruptions and poor performance among civil servants, the state was urged to institutionalize the government and introduce consequences for non-performance.

Lagos is also to introduce compensation to attract youths into governance as well as be intentional with the state’s ease of doing business. The state should also engage international health organizations and experts, build and identify input for capacity development and encourage corporation between private, public and civil sectors to ensure effective security.

Similarly, while Lagos must increase upskiling of stakeholders in tech, it must also create awareness on the massive developments it is providing the people.

This is because, one of the many setbacks to the growth of the state is that many Lagosians are not aware of the developments and opportunities that the state has provided for them. Consequently, the resolutionsrcharged the state to provide platforms or a directory to anabke infor sharing.

Additionally, Lagos was equally urged to ensure a good, clean and healthy environment that supports climate. It should always develop the water ways and greatly tap into it to improve its development.

Lagos should be creative about the state assets as well as human and infrastructure developments. The state has therefore, developed the Lagos state Diaspora Fund so Diaspora Nigerians can benefit from the funds and development from it.

According to him, “Lagos state has been known as the economic powerhouse and a leading hub not just in Nigeria but the whole of Africa.”

He however said that although several emerging challenges such as climate change, technology, infrastructure and social change have impeded the state’s path to achieving world-class status economically, financially and socially, “I see them as opportunities to unlock our potentials” for a brighter Lagos.

“With that in mind, I am thrilled to present the Lagos state Development Plan (LSDP 2052).”

He further noted saying, “Founded in strong research and on-ground realities, the LSDP 2052 is the framework our state needs to continue on the path of becoming Africa’s mega model city, a global, economic and financial hub that is safe, secure, functional and productive.”

Also speaking at the summit, the Deputy Governor of the state, Femi Hamzat said the purpose of the plan is to provide an “overall direction for  the growth and development of the state.”

He also said that the economic plan “provides a unique framework with clear initiatives and robust strategies through which all sectors of the economy can take ownership in contributing to the improvement of the quality of life in the state.”

In his speech, the commissioner for Economic Planning and Budget, Sam Egube, said the economic plan is a framework that focuses on the future of youths and Lagosians.

Lagos state should be treated in Nigeria as a national asset owing to its importance and contributions to Nigeria’s GDP.

He said, “For the benefit of national growth and nation building, Lagos should not just be treated as a State, but accorded a better status as a national asset.”

On the measures the state has put in place to ensure the plan is implemented, Mr Egube said measures backed by data sources that are internationally validated and can be accessed by anyone have been put in place.

He added that “We have also integrated the plan into other plans and agencies of the state” and has been keyed into the people of Lagos to ensure accountability.

According to her, “This is a plan that would guide the state’s ambition to become Africa’s model city which is global and financial hub that is safe, secure, functional and prosperous.”

Similarly, the special adviser, Lagos State Office of SDGs and Investment, Solape Hammond, while speaking at the summit, said Lagos controls 60 to 70npercent of Foreign Direct Investments (FDI) that come to Nigeria.

She said Lagos is growing to become a trillion dollar economy. However, to achieve that, the state is making sure that opportunities and policies are clear and friendly for investors to come in.

She said, “Lagos is being viewed better by the world. Lagos is very lucky because businesses we have will drive the growth with the right support.

She said Lagos has partnered with the private sector to take moribund facilities and sectors and make them working again.

“There is room for creation of new industries in Lagos. When we create small successes we can build more and more on those,” she noted.

Some of the breakout sessions saw experts discuss topical and relevant issues in the areas of health, technology, security, arts and entertainment, governance, education, trade and commerce and transportation.

The highpoint of the summit was the unveiling of the Lagos state economic plan as well as the governor receiving the Letter of Approval for the construction of another international airport in the state, the Lekki Airport, from the minister of Aviation, Hadi Sirika.

While presenting the letter for the Lekki Airport to the governor, the minister said only the aviation industry has the greatest and better potential to link Lagos and its developments with the world.

He said “Lagos should tap into the aviation sector so it would not only link to the other parts of Nigeria but also link to the world so people and investors can come in to invest and go out seamlessly when they want to. He said the Lekki airport will ensure this.

Stakeholders, CEOs, experts, foreign investors and diplomats as well as top government officials of various countries also graced the summit where they share their goodwill messages to the state.