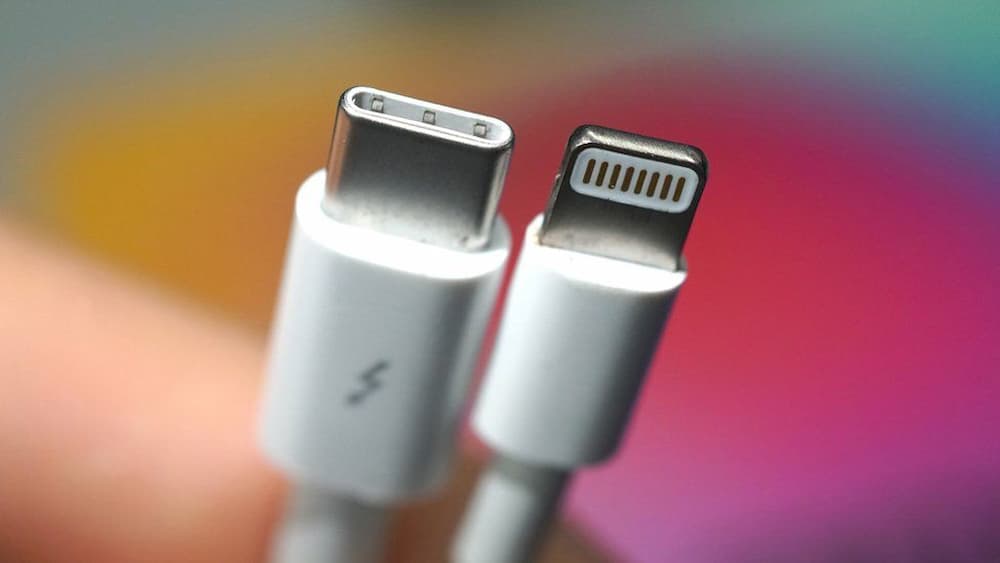 The European Union (EU) has proposed regulation that will force all smartphones, tablets and headphones to have only USB-C chargers.

This means that one would have to use only the USB-C chargers to charge all smartphone brands like android and Apple’s iPhones, including small electronic devices.

Also, all small electronic devices and smartphone makers will mandatorily create ports for the USB-C chargers on their devices.

Among the electronic devices under this regulation includes smartphones, tablets, cameras, headphones and handheld games console.

The commission, however, said that laptops and other larger devices will not be affected by the regulation.

It also said that producers of smartphones and other electronic devices under this law have two years to adopt the USB-C chargers.

The EU said in a report that EU consumers bought approximately 420 million mobile phones and other portable electronic devices in 2020.

Meanwhile, before 2009, there were around 30 different types of mobile phone chargers in circulation.

It said each of the chargers only worked for specific devices for which their makers produced them for.

The commission said this left some yearly 11,000 tonnes of e-waste coming from the chargers of electronic devices in the region.

Meanwhile, European consumers have for long, complained about incompatible chargers piling up in their drawers.

Although an agreement with industry players reduced the chargers from 30 to 3, it did not bring the needed solution to the region’s e-waste problems.

Speaking on this, Margrethe Vestager, the Executive Vice-President for a Europe fit for the Digital Age, said:

“European consumers were frustrated long enough about incompatible chargers piling up in their drawers. We gave industry plenty of time to come up with their own solutions, now time is ripe for legislative action for a common charger. This is an important win for our consumers and environment and in line with our green and digital ambitions.”

Corroborating this, Thierry Breton, a Commissioner responsible for the Internal Market, said thus:

“Chargers power all our most essential electronic devices. With more and more devices, more and more chargers are sold that are not interchangeable or not necessary. We are putting an end to that. With our proposal, European consumers will be able to use a single charger for all their portable electronics – an important step to increase convenience and reduce waste.”

It said the legislation will establish a common charging solution for all relevant devices.

The USB-C will become the standard port for all smartphones, tablets, cameras, headphones, portable speakers and handheld videogame consoles.

Benefit of the regulation:

The EU’s executive arm, the European Commission (EC) who is championing the legislation, said the move will curb e-waste.

It also said the move will help the green and digital ambitions move across Europe.

Also, using just one standard type of charger will create more convenience for the consumers.

Furthermore, the legislation will encourage consumers to re-use existing chargers when buying a new device.

This means that consumers will be able to purchase a new electronic device without a new charger.

Similarly, the law will equally force manufacturers to offer new devices for sale without chargers.

Also, it will allow consumers to charge their devices with the same USB-C charger, regardless of the device brand.

This will, in turn, help to ensure that charging speed is the same when using any compatible charger for a device.

EC also said producers of electronic devices will provide information on the power needed to charge their devices.

They will also provide information on whether their devices support fast charging.

It said EU users will save €250 million a year on unnecessary charger purchases.

Meanwhile, Apple has kicked against the legislation, saying it will kill innovation.

The iPhone maker said it is “concerned that strict regulation mandating just one type of connector stifles innovation rather than encouraging it, which in turn will harm consumers in Europe and around the world.”

But a UK politician, Philip Dunne who is the chair of the UK Parliament Environmental Audit Committee, says:

“There are 140 million discarded and unused cables in UK homes, enough to circle the Earth five times. To reduce the wasteful production of new cables, manufacturers should coalesce around a common standard, enabling us to re-use existing cables when replacing our electronic devices.”

Similarly, the Commission plans to unbundle the sale of chargers from the sale of electronic devices.

This means that different companies will now make phones while others will produce their chargers.

Equally, it can mean that users will have to buy electronic devices like phones separately from their chargers.

The commission said this development will make consumers use their devices with greater convenience.

It also said this will reduce the environmental footprint associated with the production and disposal of chargers.

Best Drawing Apps To Get For Chromebook In 2021

Netflix Launches Free Plan For Android Users: But On These Conditions