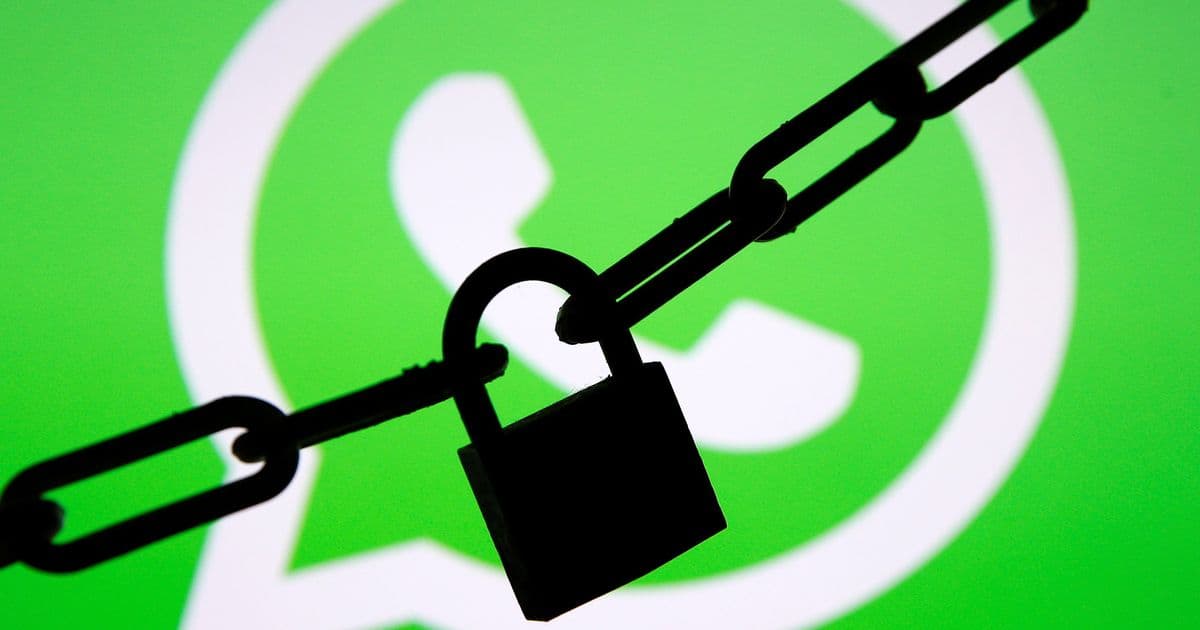 On December 7, 2020, the Ministry of Education, Kastina State, Nigeria, ordered principals of public schools within the state, via a sternly worded letter, to delete what was tagged as “School WhatsApp groups.”

The letter, which was signed by Mohammad Sada Dikko and bore the address of the Ministry of Education, Kastina, surfaced online two days after.

Since then, it has become a subject of concern among media practitioners and the general public.

According to the letter, the ban became necessary when messages shared on the groups started to create a rift between the school authorities and their staff.

This directive has again raised Nigerians’ fears about the government’s insistence on regulating social media. Is this the beginning? 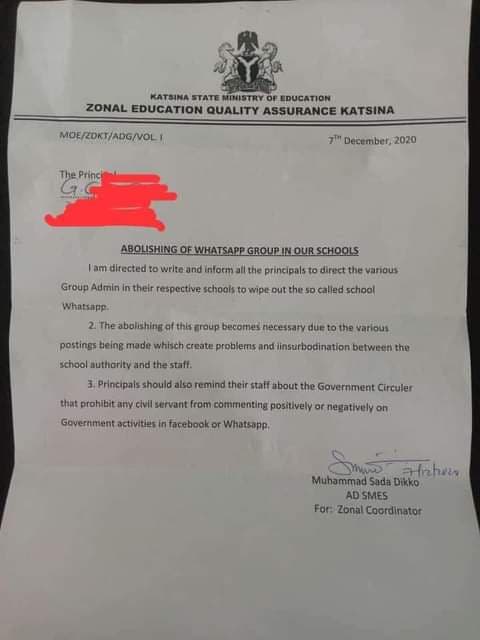 According to the letter, the circular also prohibits civil servants from commenting on government activities on WhatsApp or Facebook.

This restriction on comments is said to be binding despite the comments being positive or negative.

The Federal Government of Nigeria has renewed its call for the regulation of social media.

This is coming after Nigerians, through social media, mobilised and hit the streets to call for an end to police brutality.

The protest was dubbed the #EndSARS movement.

It soon turned into an international one as people in the UK, the US, and other countries joined.

A few months ago, Northern Governors, traditional rulers, ministers, and the National Assembly’s leadership had met in Kaduna and passed a resolution on regulating social media.

Nigerian information minister, Lai Mohammed, has also become more vocal in that regard.

Lai, while addressing the House Committee on information, national orientation, ethics and values, had said:

“We are sitting on a time bomb on this issue of fake news.

“They mobilised using social media. The war today revolves around two things. Smartphones and data and these young men don’t even watch television or listen to the radio or read newspapers.”

According to them, the bill was meant to put a stop to hate speech.

Several negative comments about the Government and its mode of operation had pushed the Senate beyond the threshold of their tolerance.

Hence, they decided to put a control button on these comments.

However, when the bill was introduced, it met with rejection.

People were more than ready to oppose the bill because of its stifling effect on the freedom of speech.

During the time, an online petition against the bill received 90,000 signatures within 24 hours.

Discussions around the bill seemed to have subsided after it passed second reading in the Senate.

However, this recent action seems to be blowing the dust off the abandoned subject.

For the bill to be passed into law, it will need to scale the third reading after a review by the Senate’s judiciary.

After this, it will require a final assent from President Muhammadu Buhari.

What will happen if the bill scales?

If the bill is passed into law, it would then be safe to say, affirmatively, that Nigeria is a totalitarian state.

The Government would have succeeded in stripping citizens of their right to speech. And, any comment on government activities would be punishable by law.

As captured in the bill’s provisions, any individual found guilty will be liable to a fine of ₦300,000 or three years’ imprisonment.

Also, corporate organisations found guilty will be subject to a fine of no more than ten million nairas.

This recent order by the Government could become one of many streams of actions gagging citizens’ rights if the bill passes.

What is your opinion about the recent order from the Ministry of Education Kastina or the Anti-social media bill? Let us know in the comment section below.