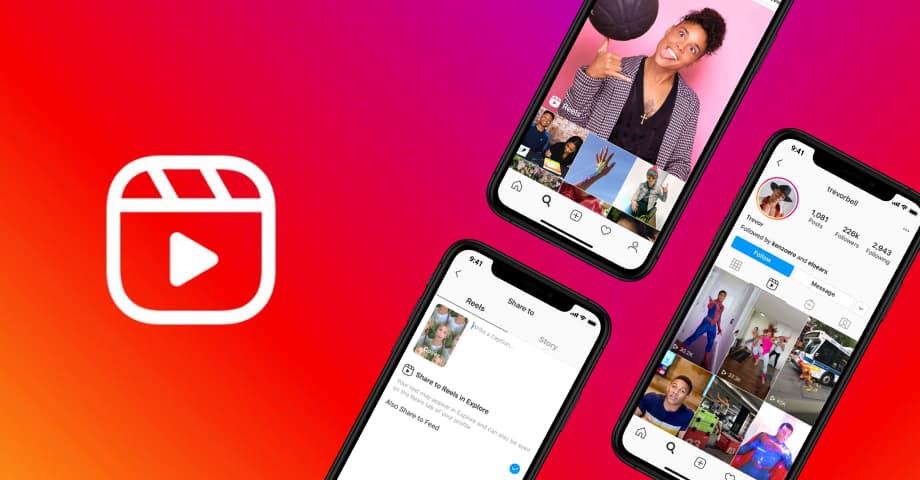 Facebook-owned pictures and short video sharing platform, Instagram has been maximizing money-making ways on its platform. It was no surprise of its sudden announcement on Thursday when it said it would add ads on its Reels.

That is, it hopes to start making money from its short video feature.

Reels is a clone feature of TikTok, and it allows users to make short videos with music playing underneath.

However, Instagram plans on adding ads on Reels; it would take up to 30 seconds long like the short videos on the platform.

Also, the ads would look similar to the ads users see on their stories.  It would come in a vertical and full-screen format.

According to the announcement, it has started testing on Thursday. And it would be testing in four countries; India, Brazil, Germany, and Australia.

Although, it has plans to expand to other groups and countries in the coming month.

India, one of the countries it would be testing in, has a fast-growing social market community; Instagram seeks to leverage its popularity.

Also, this might be a major win for Instagram with its rivalry with TikTok and other similar platforms. Last year June, TikTok was sent out of the Indian market.

This was because the platform was accused of engaging in activities that were detrimental to the sovereignty and integrity, defence and security of the country.

More opportunities than disadvantages for marketers and brands

Brand owners on Instagram are looking for how they could maximise the opportunities Instagram offers to grow their business.

With the help of content creators and influencers, it has become so much easier.

Content creators and influencers are consistently get paid to advertise or promote businesses and brands.

However, the announcement might be a big opportunity for brand owners and marketers.

Facebook plans on letting business owners select the category of a video they want to use as an ad. Also, it would allow brands to advertise in the line of their content subjects.

In an interview, Carolyn Everson, Vice president of the global business group at Facebook, said ‘This is a big deal for marketers’. Also, he added that the introduction of ads is an “indication of how strong the momentum is for Reels,.”

ALSO READ: You Can Now Filter Abusive Messages On Instagram

Last month, Facebook announced that it would be adding sticker ads for its users on Facebook. It would be available on Facebook stories in the coming weeks for customers to click and buy a product.

An opportunity would be given to brand owners to create stickers that users can put in their stories.

Also, the stickers have given more room for becoming influencers and content creators on the platform. They need to influence people to buy the stickers, and they would earn a cut.

Further, the platform plans to test the new stickers with selectors, advertisers and creators in the coming week.

According to BBC, the stickers mock-up makes product placement look organic instead of the normal influencers’ shoutout.

Also, the stickers would not include a sponsored note, but they would appear inconspicuously.