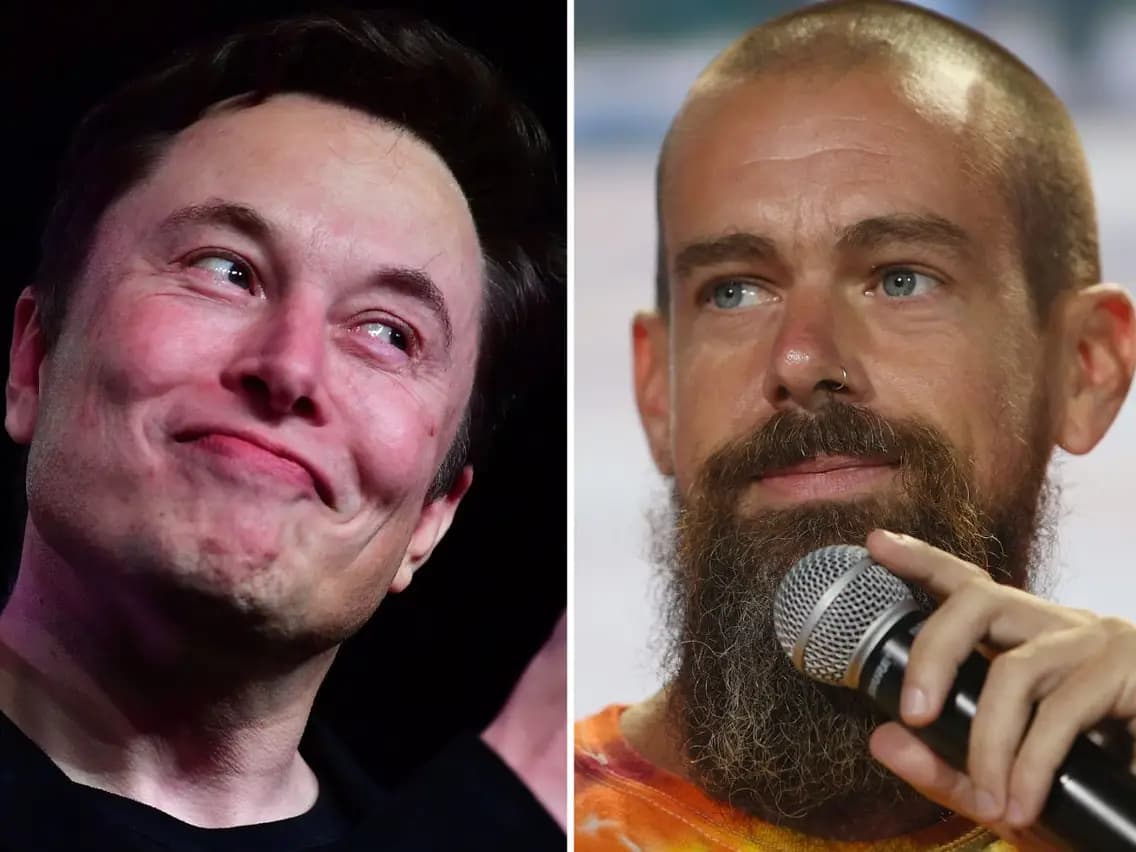 Jack Dorsey has reacted to Elon Musk’s decision to own Twitter.

It is no news Twitter board has finally agreed to sell Twitter to Elon Musk after so much back and forth.

And now Elon Musk, the richest man in the world and the CEO of Tesla and Space X, would own Twitter with approximately $44 billion.

The ex CEO and co-founder, Jack, have noted down his thoughts concerning the trade on the bird platform.

In his lyrical note, he starts by saying, “Everything In Its Right Place” (lyrics from an album about being a human being in a world ruled by technology).

The idea and service is all that matters to me, and I will do whatever it takes to protect both. Twitter as a company has always been my sole issue and my biggest regret. It has been owned by Wall Street and the ad model. Taking it back from Wall Street is the correct first step.

Following that is a long thread that gives a less confusing insight into his thought on the acquisition.

The thread shows that Jack is happy the acquisition is taking place.

“The idea and service is all that matters to me, and I will do whatever it takes to protect both,” says Jack.

As the founder of Twitter, his goal is to see the company do well with or without him as CEO, hence his need to want to protect it.

And with the change of power is the first step that can make things right on the platform.

“Twitter as a company has always been my sole issue and my biggest regret. It has been owned by Wall Street and the ad model. Taking it back from Wall Street is the correct first step.”

Although further looking at the statement above, it might imply Jack is referring to the boards of Twitter.

ALSO READ: Twitter: What Is Jack Dorsey’s Next Big Plan?

And with Musk being the owner and highest shareholder, they won’t have so much to say in decisions.

Also, in the past, while Jack was CEO of Twitter, he had clashed severally with the board concerning some decisions concerning the platform.

‘Elon is the singular solution I trust’ gave away that Jack was in full backing of the takeover.

“Twitter is the closest thing we have to a global consciousness,” Jack wrote.

“Solving for the problem of  being a company however, Elon is the singular solution I trust. I trust his mission to extend the light of consciousness.”

And this implies that he also supports all the changes he would be bringing, like the Twitter subscription business.

Elon’s goal of creating a platform that is “maximally trusted and broadly inclusive” is the right one. This is also @paraga’s goal, and why I chose him. Thank you both for getting the company out of an impossible situation. This is the right path…I believe it with all my heart.

Also, Jack adds that Elon’s goal for Twitter is in line with his goal and that of the current CEO, Paraga.

He believes they can get Twitter from the ‘impossible situation’ it is now to the right path.

Also, despite Elon’s takeover, there might not be a change of CEO soon, as he implies in his tweet.

What could the reaction mean?

It seems as what it is.

Jack Dorsey supports the decision made by Elon Musk over the takeover of Twitter.

However, it brings to mind if there are any ulterior motives from Jack’s reaction.

As pointed out earlier, he hasn’t always been on good terms with Twitter’s board.

So this might be a good opportunity to have a side and a partner on the board alongside Paraga Agrawal.

And they are all able to work to establish their similar interest on the platform.

Maintain Work/Life Balance With This Tech Know How