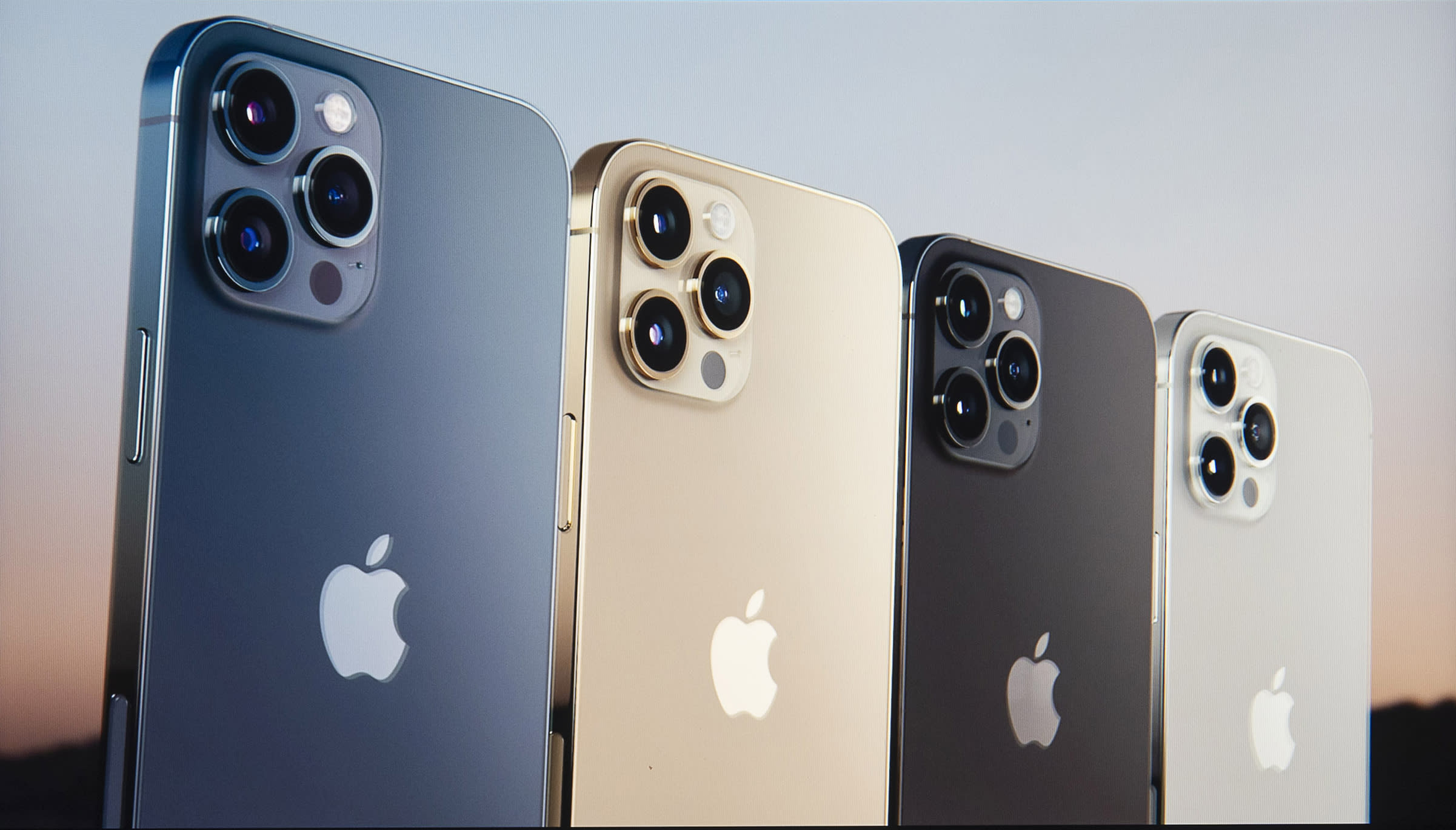 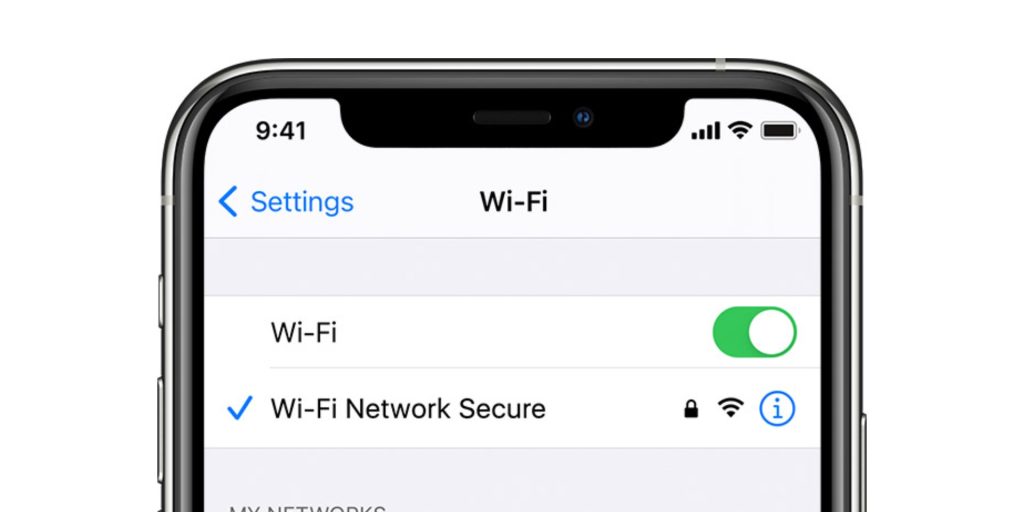 Apple products, though widely believed to be impenetrable by malwares such as viruses, especially with their strong iOS security, stand vulnerable as a new malicious network has, again emerged that can crash Apple’s devices such as your iPhone, iPads or Mac!

Scary? Well, it is because the dubious network is currently in circulation!

The dodgy network, believed to be a programme by hackers and tricksters who want to gain unauthorised access to users’ iPhones and, or Macs and other Apple devices, has a combination of percentage signs (%) to its ring.

Features of the malicious network:

A security researcher, Carl Schou, who probably was the first to falll victim to the malicious network attack, said that all Wi-Fi functionality of his iPhone was disabled after he joined the Wi-Fi network with the specific name.

According to him, “After joining my personal WiFi with the SSID “%p%s%s%s%s%n”, my iPhone permanently disabled it’s WiFi functionality. Neither rebooting nor changing SSID fixes it,” he tweeted.

SSID means Service Set Identifier. In simple terms, it is a network’s name or Wi-Fi’s name. It is the visible name of a wireless network that allows your phone, Mac or other devices to connect to it, usually after prompting you to enter a password attached to it.

READ ALSO: New Things Your iPhone Can Do With Apple’s Latest iOS 15

So, without the password, your device can probably not be able to connect to the SSID of a network.

However, very often, smartphone users come across networks promising free access. Although some times, some of these networks may be genuine, majority of them are just malwares developed by pranksters and hackers to gain access and steal data from phone users or even render such devices completely useless.

Imagine having your iPhone enter an endless process of glitching, rebooting, with the screen light and logo spinning endlessly as if your phone wants to boot but hours and days later, the cycle continues?

Or consider having your smartphone go blind or hang, denying you access to your photos, videos, phone calls, music, etc.

Well, that is one of the many inconveniences malwares such as viruses, worms, Trojan, spyware, adware and ransomware attacks on your gadgets can cause.

These malwares can present themselves in form of text, tweet, email, links or networks and can attack your devices when you click on them or join their linkages.

Moreover, the new malicious network causes memory write and buffer overflow to iPhones and Macs when clicked on.

According to 9to5Mac, “the Wi-Fi subsystem probably passes the SSID unsanitised to some internal library that is performing string formatting, which in turn causes an arbitrary memory write and buffer overflow.”

It explained further that, “Once an iPhone or iPad joins the network with the name “%p%s%s%s%s%n”, the device fails to connect to Wi-Fi networks or use system networking features like AirDrop. The issue persists after rebooting the device…”

It added that, “the ‘%[character]’ syntax is commonly used in programming languages to format variables into an output string. In C, the ‘%n’ specifier means to save the number of characters written into the format string out to a variable passed to the string format function.”

Techuncode is made to believe that “The Wi-Fi subsystem probably passes the Wi-Fi network name (SSID) unsanitized to some internal library that is performing string formatting, which in turn causes an arbitrary memory write and buffer overflow.

This will lead to memory corruption and the iOS watchdog will kill the process, hence effectively disabling Wi-Fi for the user.”

However, as scary as this may sound to you, considering how expensive iPhones cost, there is hope of bringing your smartphone back to life and squarely under your full and comfortable control even if you have fallen victim to this attack or similar ones.

According to the tech website, “iPhone and Mac users who may have fallen victim to the particular network attack should reset all network settings of their gadgets and restart them again.”

“You should be able to reset all network settings and start over. In Settings, go to General -> Reset -> Reset Network Settings.

This resets all saved Wi-Fi networks on the iPhone (as well as other things like cellular settings and VPN access), thereby removing the knowledge of the malicious network name from its memory.

You can then join your standard home Wi-Fi once more.”

Meanwhile, there have been discoveries of other bugs, aside this new one, that can cause damages to your iPhone.

Some of the malwares which are in forms of text messages, symbols and other formats can either crash your device or cause several other problems that you really don’t want to fall victim of.

Malwares that can crash your iPhone, iPads:

Other malwares that can damage your iPhones are:

This is a malware that came into circulation in 2020. It is a combination of text characters written in Sindhi, an Indo-Iranian language, and combined with the Italian flag.

The message was sent to phone users via WhatsApp, messages, Tweets, etc and it had the capacity to crash your app it was sent through to your phone (WhatsApp, Gmail, Cloud, Twitter, etc) and subsequently plunging your phone to close and restart continuously.

“This could leave you stuck in a cycle of the app closing, restarting and closing again. iPhones running iOS 13.4.1 and iPad Mini 2 running iOS 12.4.6 are most vulnerable to this bug.

Also in 2013 and 2018, text combinations using Arabic and Telugu language characters made iPhones and Safari crash.

The Telugu malware was a set of two Unicode symbols that damaged not only iPhones but also other Apple products like Apple TV and Apple Watches. It was fixed by Apple in iOS 11.2.6.

Although th Sindhi bug, as believed, would be taken care of with higher iOS version like iOS 13, iPhone users could also delete the message after using Siri to send a message to the sender so you won’t have to view the text on your phone.

This action will remove the characters of the message from your phone’s text preview, allowing you to delete it.

This malware was in form of links and could damage the operating systems of iPhones and Macs when clicked on. The virus could cause devices to freeze, restart over and over again as well as  lag, and on occasion, experience battery issues.  Deleting the message from your device was how to fix the bug.

This virus could immobilise your iPhone even without you opening the message. Two versions had existed. While one version crashed iPhones once, the other version crashed phones repeatedly.

It attacked phones by presenting two emojis (a white flag and a rainbow) and a number (0) that give command to your iPhone’s iOS that can’t be processed, thereby crashing your phone.

It could be fixed by deleting the text from your phone using Vinceded3.com/html to log into the app and deleting it.

This process if only followed when the user loses access to the messaging app.

It appeared in 2016 in form of .mp4 video and could crash all iPhones that it attempted to play it in Safari on any iOS device.

It would cause the gadget to slow down and eventually freeze altogether.

The videos were, according to Macworld, reportedly sent from two particular domains, vk(dot)com and testtrial.site90(dot)net.

However, Force-starting your device is the only fix available to this bug. So, you better don’t click on videos from the above domains.

This malware also sprouted in 2018 and was sent randomly to smartphones in form of text messages.

It could also damage iPhones.

It crashed phones by denting the screens with black circle emoji that contained HTML characters.

It affected most iPhones running iOS below 11. So, an update to iOS 11, however, fixes the bug.

Victims could also force quit the messages by double pressing the Home button and then swiping up on Messages.

They could also ask Siri to send a message back to the person who sent it (to ensure it is no longer the most recent message), and then open messages and delete that conversation.

The messages could also be deleted using the 3D Touch.