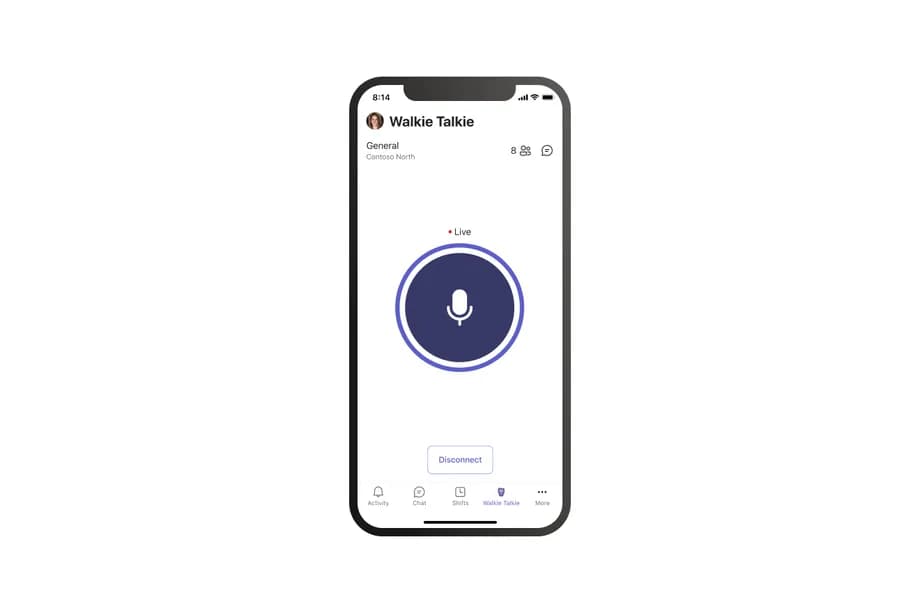 It explained that the feature would be available to all users as it is supported for Android, iOS and even Zebra devices.

However, this is coming two years after it first introduced the feature.

At the time, the feature was available mostly in preview.

Later, in 2020, it became available for Android users on Android devices.

Microsoft Team says the aim of the feature was primary for front line workers.

For them to communicate effectively and carry out their activities better.

Also, instead of carrying heavy talkies or radios, they can carry their portable device, serving the same function.

All users can now access the Walkie Talkie feature with the new development.

They can turn their smartphones into a Walkie Talkie that works anywhere over cellular data and Wifi.

But this will only be possible if users know how to use the feature.

How to use Microsoft Teams, Walkie Talkie

The Walkie Talkie feature is a  push to talk (PTT) approach like a normal walkie talkie.

Users would have to push a button to communicate with their teammates.

However, Walkie Talkie is not preinstalled on the platform, so it needs to be enabled.

To do so, you would add Walkie Talkie to the App Setup Policy assigned to users by the admin.

Once you’ve done that, the feature will be available for use within two days.

Another thing to note is that you can only use it on the same Walkie Talkie channel.

Only users who connect with the Walkie Talkie in the same channel can participate and communicate.

ALSO READ: All Users Can Now Record On Twitter’s Spaces

Interestingly, this is the first of its kind on a mobile device.

Asides, Apple had launched a Walkie Talkie in 2018.

It used the push to talk approach except that a user can also see the person they are talking with.

However, some communication platforms have brought out slightly similar features on their platform.

On WhatsApp, you can communicate by sending voice messages, or you can also receive.

Netflix To Raise Price Of All Plans Starting From Its Base

All Users Can Now Record On Twitter’s Spaces