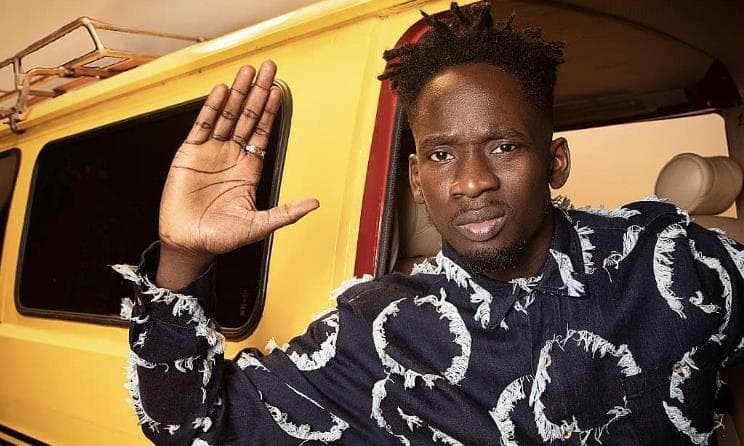 The Nigerian superstar made this new innovative approach to music streaming known via his Twitter page on Wednesday.

In his tweet, Mr Eazi claimed that he would try an experiment on his next release where his fans can also tap into the revenue share. Find the original tweet below:

Gonna try an experiment on my next release where you guys the fans will be able to buy shares on My song! Meaning you will own an equity % on the song! As u stream & give me $ some goes back to You!!!

According to Mr Eazi, he has solidly retained his position in the Top 5 most-streamed African Artist since 2016.

While he attributed the success to fans’ support, the consecutive achievement also validates the profitability in his proposed music shares.

While buttressing his point, Mr Eazi made reference to his recent music collaboration with American-Trinidadian rapper, Nicki Minaj.

The music titled “Oh My Gawd” has been streamed over 10 million times across all platforms. The music is also one of the most streamed African songs on Spotify currently.

Building on his progressive career, Mr Eazi believes this initiative will allow his fan base to be a part of the creative cycle.

Imagine you had a % of my last song with Nicki or my new single “LENTO “ with Jbalvin!!! As u stream u make it a hit, some of the $ comes to you! But most importantly you are a true part of the Global Smash Hit you helped create

“As you stream, you make it a hit, some of the $ comes to you!But most importantly you are a true part of the Global Smash Hit you helped create,” Mr Eazi added.

Technically, this kind of initiative is not entirely new as it is very prominent among record labels.

However, this is the first time an artist will be offering such an intriguing incentive to the general public.

As such, Mr Eazi is pioneering what can be tagged as an audacious public project.

Interestingly, the project is the kind that could change the narrative of music streaming revenue in the future.

The best part of this is that the fan base of an artist or music lovers, in general, will also have a feeling of belonging as they tend to earn from the cash flow.

If you wonder how this works, imagine that one of Mr Eazi’s song is what a company trades like a stock share.

Of course, the rules may not play out entirely the same, considering that multiple users can greatly influence the returns of the said music share.

What this means is that the more participant, the lesser the earnings. On the contrary, returns on real stock go up where market sentiment is high.

Regardless, the returns when spread across different music tracks could add up to be more significant.

Moreover, earning a dollar from an artwork is better than none. So yes, it’s a win-win situation in the long run.

At the tail end of his tweet, Mr Eazi added a link for interested people to sign up and register to get equity upon his next release.

Hit this Link https://t.co/9gmW7FCVS3 to Register your interest in Getting Equity in my next Release.

By doing this you will be 1st in line to sign up once we launch. Let’s get it!!

The growth of African Music must benefit us all, from the creators to the Fans!!

This is not the first time that Mr Eazi is attempting to give back to its growing fanbase globally.

In a recent development, Mr Eazi launched a $20 million Africa Music fund for up-and-coming artistes in the region.

The funding also marked a flag-off for the music entrepreneur incubator program – emPawa.

The entertainment-focused platform in partnership with YouTube provides artistes with the required funding and resources to market their music.

Also, Mr Eazi is not only about entertainment as he appears to have a growing interest in technology.

Barely a month ago, the superstar partnered with Decagon to help young Nigerians become software engineers.

One would wonder where Mr Eazi found his passion for technology.

Well, this isn’t surprising considering that the now popular musician was once a run-away tech entrepreneur.

Down the history lane, Mr Eazi, alongside a friend, launched an e-Commerce platform – Obiwezy – back in 2014.

He was subsequently accepted into the 440.ng accelerator while pushing his music career on the side.

This background in the tech space clearly explains why he is driving most of his new music initiative on the back of core technology.

Overall, Mr Eazi’s latest endeavour in the music industry is a phenomenal one and as such, Techuncode is optimistic about future outcomes.