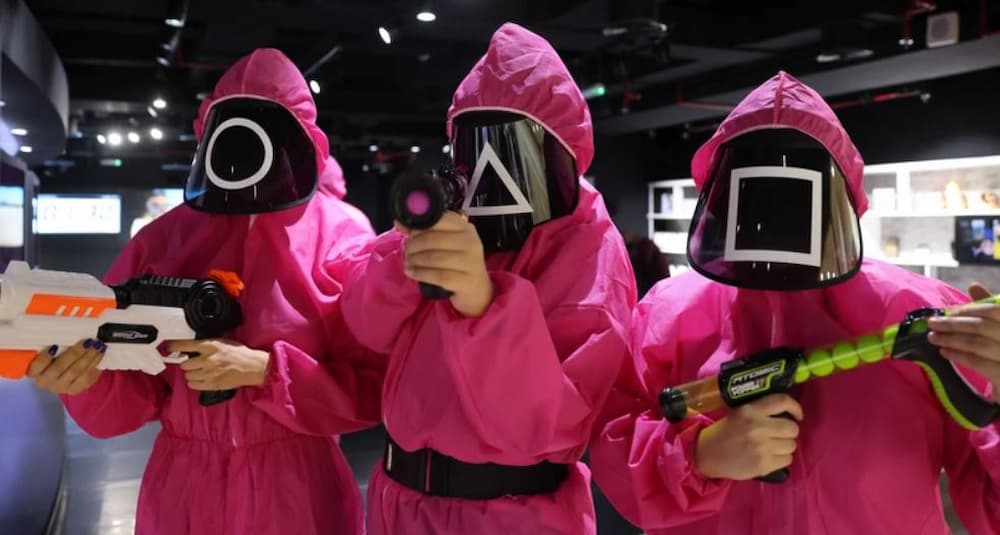 The streaming service greenlighted its hit drama series “Squid Game,” for season 2 after the success of Season 1.

In a series of tweet, Netflix featured a brief animation of the popular doll in the “Squid Game 1” which has sensors to detect body movements.

In November last year, creator, writer, director and executive producer Hwang Dong-Hyuk revealed that season 2 will be out.

He had said, “There will indeed be a second season.” “It’s in my head right now.”

This is after fans mounted pressure for the second season to come out.

ALSO READ: How To Track And Collect Your Int’l Passports Remotely With NIS New Technology

“You leave us no choice,” Hwang had told Associated Press back in November.

He had revealed that there was “so much pressure, so much demand, and so much love” for a second season from the millions of viewers who’ve made it Netflix’s most popular show.

“But it took 12 days for ‘Squid Game’ to become the most popular Netflix series ever.”

“As the writer, director and producer of ‘Squid Game,’ a huge shout out to fans around the world.

“Thank you for watching and loving our show.”

Squid Game is the hit Netflix show about a deadly tournament of children’s games.

Netflix released the series in September 2021 and it quickly became Netflix’s most viewed series of all time.

In fact, globally, the show clocked in 1.54 billion hours of views within its first twenty-eight days on the streaming service.

Season 2 of the series was teased by Netflix in January 2022.

What To expect from season 2:

Netflix also tweeted giving viewers what they should expect from the Squid Game Season 2.

Also, creator, writer, director and executive producer Hwang Dong-Hyuk gave details on which characters are returning for the sophomore outing.

Squid Game is officially coming back for Season 2! pic.twitter.com/4usO2Zld39

According to the creator, the front man will return in season 2.

This is the first returning mention of the silent stranger that plays ddakji (the game where the player’s throw red and blue folding tiles at the ground), played by Gong Yoo.

Also, this revelation gives viewers a bit of answers to many unanswered questions surrounding the character.

Moreover, the announcement featured a brand-new poster which shows the right eye of the familiar doll.

The doll could be Cheol-su.

Also, inside the eye that fans of the series would know serves as a deadly motion tracker, the number “2” is shown in a bright red.

Cheol-su, is the “boyfriend” of Young-hee, who is the giant doll that served as a camera in the series’ most iconic game, “Red Light, Green Light.”

Meanwhile, the creator equally wrote saying, “The man in the suit with ddakji might be back. You’ll also be introduced to Young-hee’s boyfriend, Cheol-su.”

Though this announcement indicates the first  episode of the second season is coming closer.

However, the official release date is not yet out. Netflix declined to offer any additional comment.

TECNO Aims to be A Stylish Technology Icon with its Global Launch of CAMON 19 Series, Atop New York City’s Iconic Rockefeller Center