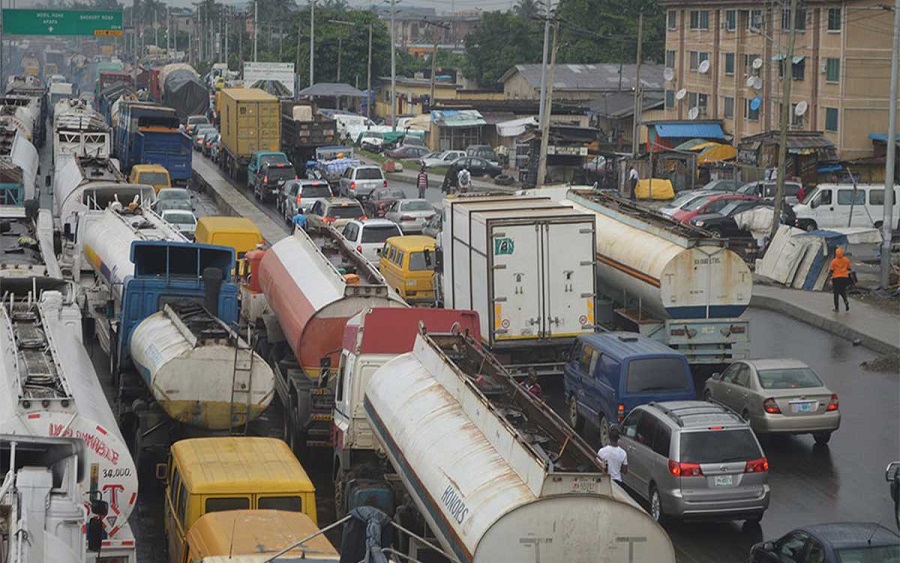 … N25 million spent by vehicles on fuel alone per day

… Vehicles spend N8.4b per year on fuel due to traffic

Over 50,000 vehicles get stuck in Lagos traffic daily.

This is partly due to over population and disorganized market system.

This was part the revelations which stakeholders and investors got at the recent Lagos state Social Development Goals roundtable.

The office of the Lagos state Social Development goals, SDGs, organized it.

Meanwhile, the SDG Roundtable had the theme, “Attracting Investment for economic recovery.”

The roundtable presents Lagos as an investment destination as well as highlights new opportunities to facilitate socio-economic development.

Present at the forum are the Governor of Lagos state, Babajide Sanwo-Olu, fourth estate of the realm, and captains of industries etc.

Also, Consular-General of the Kingdom of the Netherlands, Michael Deening was present.

Likewise the Consul General of South Africa, Ephraim Darkey was equally at the forum.

She revealed this to the gathering while explaining the need for a better working business environment.

According to her, one Vehicle Spends Additional three litres of fuel daily Because of traffic.

She said, what it means is that, out of a 50,000 vehicles stuck in Lagos traffic, one vehicle multiply by 50 will spend additional three litres of fuel daily because of the traffic.

The commissioner said this will translate to about N25 million per day and N8.4b per year that vehicles spend on fuel alone because of Lagos traffic.

Meanwhile, earlier in his speech, the Lagos state Governor, Babajide Sanwo-Olu said Lagos is fast growing into a mega city.

He said the continuous growth and development of Lagos is premised on the strength and diversity of the people as well as the strategic partnership between public and private sector.

He said this partnership is behind the foreign  investment flows coming into the state and country.

Sanwo-Olu  reiterated that between 76 and 84% investment flows into Nigeria come to Lagos.

He said this investment flows have provided many jobs in the state.

He said the forum presents a platform for the harmonization of the respective visions and targets to strengthen existing partnerships and initiate new ones.

He said the current global hunger, poverty and underdevelopment is a global reality caused by the Covid-19 pandemic.

He said although Lagos represents less than 0.36% of Nigeria’s total land mass, that one third of the land mass is covered with water.

the governor also said that this poses a lot of challenge for the state which has huge population inhabiting in the little available land.

He said the security challenges and other issues have continued to put a strain on Lagos because “you don’t need a passport or border post to come into Lagos.”

The governor said despite the limited geographical space housing huge population, as well as the various challenges the state faces, that his government will continue to invest in infrastructure to solve the challenges.

He however said that Lagos needs about $15b over the next five years to tackle infrastructure alone.

He said this is above the total budget of about $3b that the state currently has.

In order to spotlight the challenges that Lagos faces in terms of budgetary needs, the governor compared the Lagos state budgetary needs with those of foreign climes, stating why the state needs more conversations geared towards sustainable development.

According to the governor, Boston and Massachussetts had a budget of $47B in 2021.

He also said that New York that has about 15 million people has a budget of over $200b.

The governor also said that Johannesburg which is in Africa has a budget of about $4.5b.

Likewise, Cairo in Egypt has a budget of $7.2b.

Sanwo-Olu said sadly, as populated as Lagos is, it is struggling to provide the growth it is recording with just a budget of just $3b.

The governor said the state faces huge economic pressure to even accommodate the huge population density that it has.

He however noted that the political and business leaders have the burden of proffering solutions to the challenges facing Lagos.

He said these areas are already captured in the state’s THEMES agenda which formed the blueprint of his administration’s economic development.

He said the business community needs to intervene in as partners and vehicles that will deepen the capital and financial mechanisms that will drive the solutions for the problems and challenges facing the state.

The governor said Lagos will continue to collaborate with the private sector to create new values for the citizens.

He acknowledged the infrastructural developments which the private sector has continued to bring to Lagos.

He also said the state government is also in a public private partnership to create infrastructure in Lagos.

Sanwo-Olu said the Lekki Free Trade Zone in the state  has nearly $20b investment.

He said the trade zone has created thousands of jobs based on public private partnership.

He said PPP has also resulted in the infrastructural development of new roads in the state.

With the launch of the forum and the Deals book, Lagos is better is on the part to develop even greater.

Since traffic congestions have had their negative tolls on Nigerians, proffering solutions to them entails being on the right track.

Also, more investors would gain the needed trust and encouragement to invest more in Lagos.