If you’re going to “save the world,” you cannot afford to pass out at the mere sight of a little crowd. Signal has, however, taken an early snooze when the world is counting on them.

Ever since WhatsApp mandated users to accept its new privacy policy or get kicked off the platform, Signal has welcomed a large troop of users in search of a haven.

Though, it seems that this high surge of entrants has triggered a 24-hour long power outage.

Power outages are not entirely strange with big tech platforms. Not very long ago, Google had its fair share of it. Many of Google’s services were unavailable for half an hour due to an outage.

However, they did well to explain the cause of the outage to their users. Also, they promised that research work was being done to avoid a reoccurrence of the glitch.

On the contrary, Signal has decided to remain silent on the cause of its 24hours outage in its response to the situation. Probably a part of its “privacy policy.”

Signal’s outage began at 11:30 am ET on Friday and lasted for more than 24 hours. During this period, users could not send or receive messages.

All messages were stuck in sending.  In response, Signal tweeted that they were experiencing technical difficulties.

They also added that they were working hard to restore their service swiftly. Users also got the same message in-app.

Signal is experiencing technical difficulties. We are working hard to restore service as quickly as possible.

Signal revealed that they’d been adding new servers and building capacity at a record pace in anticipation of such an event in one of its tweets.

However, “the outage exceeded our most optimistic projections,” they added.

We have been adding new servers and extra capacity at a record pace every single day this week nonstop, but today exceeded even our most optimistic projections. Millions upon millions of new users are sending a message that privacy matters. We appreciate your patience.

Signal also appeared to receive donations from well-meaning users to aid the restoration. In its tweet on Saturday, while the server was still down, they said, “we’re making good progress. Thanks for your support & donations!

They mean a lot to the small team who’s been working long nights.”

We're still working really hard to get Signal up and running for everyone around the world. We're making good progress. Thanks for your support & donations! They mean a lot to the small team who's been working long nights. pic.twitter.com/xEdGI3EKFw

Although the outage left some side effects, Signal bounced back on Saturday night.

As a result of the side effect, many users got error messages in their chats. Signal, however, assured users that the error messages did not affect security.

Signal is back! Like an underdog going through a training montage, we’ve learned a lot since yesterday — and we did it together. Thanks to the millions of new Signal users around the world for your patience. Your capacity for understanding inspired us while we expanded capacity. pic.twitter.com/cRNV8kVtdF

According to them, the error messages signify that users may have missed a couple of messages during the downtime.

The error messages were quite similar to what WhatsApp users used to get whenever they witnessed a glitch on the app.

See the sample in the image below.

To clear the error message manually on an android device, follow these simple steps;

The process was much easier for iOS users. All they needed to do was click on the “reset session” button below the “received message was out of sync” message. 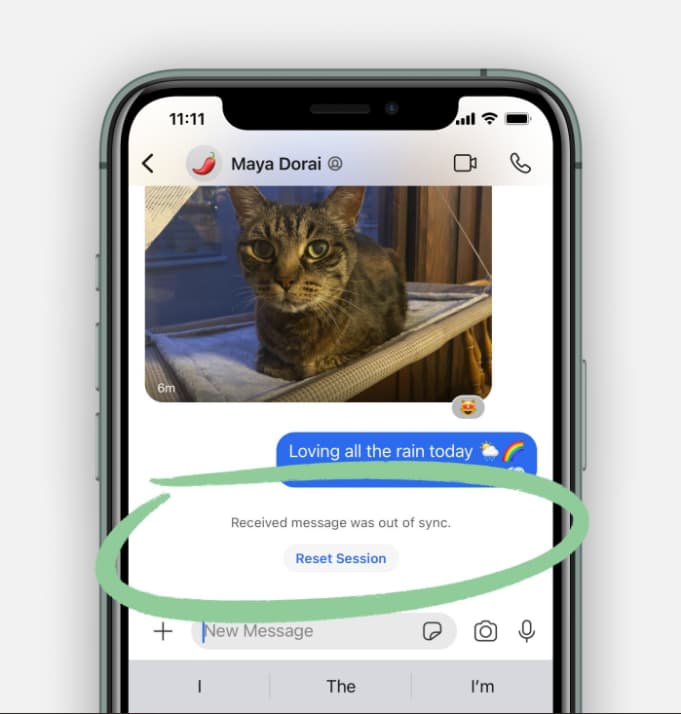 WhatsApp’s close deadline was a huge influence on the redirection of users to Signal’s platform.

With an outage that prevented users from chatting on Signal for over 24hours and WhatsApp’s push-back on its earlier stated February 8 deadline, the influx of users to Signal is very likely to subside in the coming week.

WhatsApp has now moved its deadline to May 15. That gives users three whole months to consider their options and make a final decision.

Right now, it looks like a long wait and one that we’d certainly enjoy. But, if we know anything about time, it’s that it flies like one of Elon Musk’s rockets: quickly out of sight.

On the other hand, both Signal and Telegram now have a short time to convince users that they can offer much better services than Zuckerberg’s WhatsApp.