The American multinational financial service corporation announced its support for USD Coin (USDC) on Monday, marking the first for a major payment network.

While the announcement marks a significant milestone for the 62-year-old company, it further nurtures cryptocurrency’s global acceptance and credibility in general.

According to industry experts, the partnership will enable Crypto.com to send Visa a U.S. dollar-pegged virtual currency – USDC.

Recall that Anchorage became famous after it was announced to be the first cryptocurrency company to have received a federal charter from the Office of the Currency’s Comptroller.

Although, being a pilot program, Visa wants to make life easier for cryptocurrency businesses within its network of operation.

Doing this would also help Visa eliminate the part of its process where it requires users to convert their cryptocurrency holdings into fiat currency, like U.S. dollars while setting up their accounts on the platform.

The new solution is currently limited to users in the United States; however, Visa plans to expand the feature to other members of its payments network later this year.

Also, beyond the acceptance of the USDC token, Visa will, as well, extend the new feature to accommodate other virtual currencies and stable coins.

Visa’s latest cryptocurrency announcement joins a string of others

This year alone, Visa has announced several updates on its endeavour to fully embrace cryptocurrency solutions on its payment network.

Before the latest move, the company’s CEO, Al Kelly, had previously revealed that Visa is working towards allowing people to transact bitcoin within its payment network.

Although the latest announcement does not include the acceptance of bitcoin, it could be part of other virtual currency that will be added before the end of the year.

Visa, in a blog post in February, introduced a new product called First Boulevard which, according to the company, would expand its digital currency roadmap.

Of course, with the help of Visa’s APIs suite, First Boulevard, like most native neobanks, will enable their customers to purchase and trade digital assets held by Anchorage.

While Visa’s interest in cryptocurrency keeps building up, it started with the payment giant’s participation in Facebook’s Libra currency at an early stage, after which it pulled out to focus on its own network.

More so, giving its latest development, Visa joins other payment giants and tech companies like PayPal, Mastercard and Tesla in embracing digital currencies for transactions.

Although Visa’s latest solution is not currently available for use beyond the U.S., it is set to be accessible to other members of the payment giant’s network before the end of the year; hopefully, Nigeria inclusive.

However, while we anticipate the arrival in the region, the concluding part of this publication will analyse some significant benefits of the new feature for Nigerian users.

ALSO READ: You Can Now Pay Bills With Cryptocurrency On Paychant Quick; How To Use It

Before we dive in deeper, it is important to know what the latest development has changed about Visa’s payment services generally.

Not so much has changed. However, Visa’s cryptocurrency leader – Cuy Sheffield, explained during an interview that the distinction has to do with the infrastructure.

“On the consumer side, there’s the everyday activity of tapping a Visa card and authorizing payments. But most people have no clue what actually happens behind the scenes. Funds have to move between customers’ banks and, say, coffee shops’ banks,” Cuy said.

“Before, crypto wallets had to convert their holdings into fiat currency so that they could be wired to Visa at the end of the day. That’s been a challenge for some crypto partners, like Crypto.com. It’s an extra step and it’s added complexity.”

One of Visa’s strategies is to work with different wallets and exchanges such as Crypto.com, one of its earliest partners on the pilot initiative while allowing users to transact and pay either with fiat or USDC.

While the system leverages Ethereum’s blockchain technology, Nigerians and other affected users will be relieved of the hassle of converting digital coins into traditional money before transacting with crypto.

Fully aware of the restrictions currently placed on crypto trading with local banks in the country, Nigerians can easily disregard the local route that involves traditional banks.

However, to achieve this, Nigerians would have to get a crypto.com Visa card or that of any other wallet or exchange merchants.

At the initial stage, users interested in getting a crypto.com Visa card would have to download the crypto.com app on the google or iOS app store and follow the procedures outlined on its website.

How will the USDC benefits Nigerians

In line with what has been previously explained, Nigerians like every other ordinary user of the USDC can benefit a lot from using the virtual currency upon implementation in the country.

According to Cuy, consumer cardholder experience will remain the same, and as such, Nigerians will have access to a balance of crypto that is spendable. 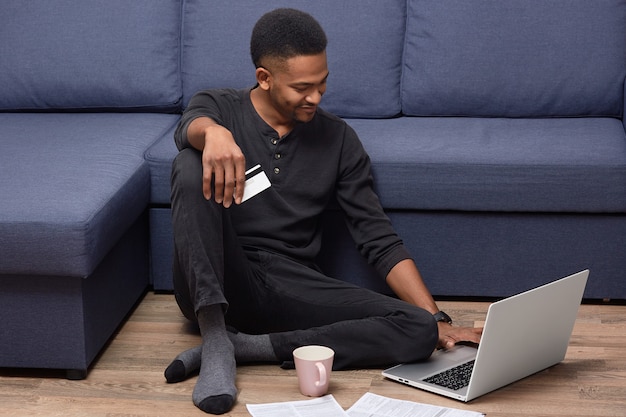 While this sounds like a pretty seamless transition, a lot may have changed behind the scene, although not in a good way.

If implemented, businesses wouldn’t have to keep balances in their traditional bank accounts, further making it easier for more crypto wallets to offer Visa card programmes to consumers.

However, the ultimate goal is to ensure that consumers who may soon include Nigerians benefit significantly as they’ll have more options to pay using crypto.

What else to know about Visa’s crypto venture

Visa is embracing the use of cryptocurrency on its payment network and building an infrastructure that will set the payment giant apart from the masses of its kind.

“The biggest takeaway is Visa is open for business for crypto-wallets. We’re committed to being the preferred network for crypto platforms and making it very easy for them to integrate and use Visa.”

“We’re building new infrastructure and we’re upgrading the ways that Visa works so we can be a leader,” Cuy concluded.

ANALYSIS: Twitter Launches in Ghana; Scores A Win In Its Rivalry With Nigeria

ANALYSIS: Can Lagos Afford The Cost Of Body Cameras For Security Operatives?