The Lagos State Government recently introduced an Uber-kind e-hailing transportation scheme and planned to roll out a fleet of 1,000 Sports Utility Vehicles (SUVs).

According to the State government, the distribution of the 1000 SUVs to eligible beneficiaries will be carried out within the next six months.

However, the ride-hailing scheme itself will only be operational by September 2021, giving that all necessary standards are being met.

While the ride-hailing scheme doubles as a social intervention scheme, it is directed towards providing job opportunities and poverty alleviation for Lagos State residents.

More so, the State Government claimed that the scheme is designed to be very inclusive; hence, it will also empower persons residing in underserved communities.

Typical for a State-owned business, the Lagos Ride scheme will use a hire purchase business model.

Here, the State government allows employed drivers to claim ownership of a deployed vehicle only when the payment has been completed. 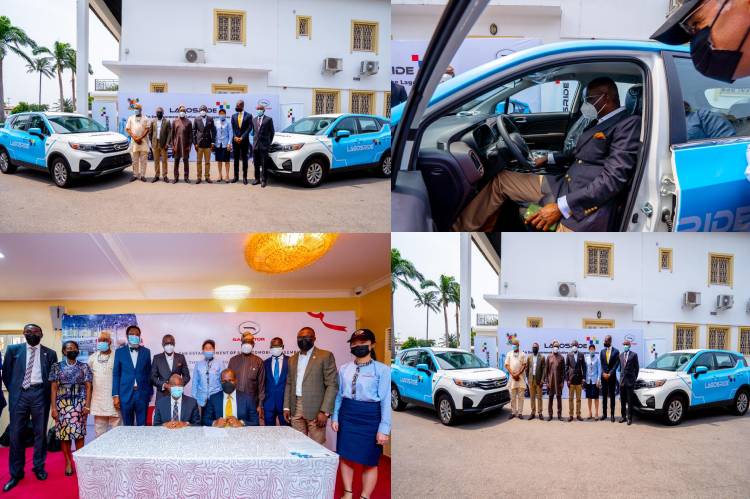 TVC: Picmix from the unveiling event at the State Government House

Unlike independent contractors, the employed drivers will be managed and overseen by the Cooperative Society in the Ministry of Wealth Creation and Employment.

ALSO READ: Netflix Is Bringing The Hammer Down On Account Sharing

Currently, it isn’t clear whether the Lagos Ride scheme will make use of a dedicated app or not.

However, going by the general ride-hailing framework, one would expect that the State will roll out its dedicated app.

How good the app will be, if there is one, time will tell.

Well, the first obvious concern for many independent ride-hailing contractors would be that of a stiffened e-hailing market in the State.

The current population of ride-hailing drivers in the State has grown rapidly over the years, with Uber and Bolt accounting for over 10,000 and 20,000 drivers, respectively.

Empowering an additional 1000 new drivers would only mean a more stiff market for the existing players as riders can select from a wider range of e-hailing options.

As expected, some Uber/Bolt drivers have also expressed concerns on vital issues relating to regulation and transparency.

Strict enforcement of the Lagos State guideline for e-taxi operators

About seven months ago, introduced a new guideline by which the e-Taxi operators in the State were to function.

The new guideline raised speculations that the State government was interested in the business.

According to the guideline, taxis are to operate within the capacity of the LASG taxi system model, requiring operators to register for license.

Both entities were to meet up with different requirements in terms of licensing and regulatory standards.

More specifically, individual operators of e-taxi hailing services will be required to pay a ₦20 service charge, as well as a ₦5,000 fee to reaffix a taxicab license instrument.

Upon expiry, an operator will be required to pay an additional ₦5,000 fee to reorder and replace a taxicab license instrument.

Yet to be fully implemented, many fear that the introduction of the Lagos Ride scheme may further lead to the full enforcement of the new guideline.

Where the new guideline is fully implemented, many independent e-taxi contractors may not meet up with necessary criteria, hence forcing them out of business.

For instance, a part of the guideline requires that a franchisee or individual vehicle be brand new.

If the franchisee cannot afford a brand new car, they can opt for a vehicle within its initial three years from the manufacturing date.

The question here is how many operators can meet up with the majority of these standards.

Interestingly, a fine payment of ₦100,000.00 for non-compliance to the general guideline will be charged among other penalties.

NUPA-BW weigh in on the ongoing development

The President of the National Union of Professional App-Based Workers (NUPA-BW), Comrade Ibrahim Ayoade, addressed some key challenges associated with the ongoing development.

According to him, the State may not necessarily have a transparent onboarding process for the Lagos Ride scheme, referring to political interference as a major concern. 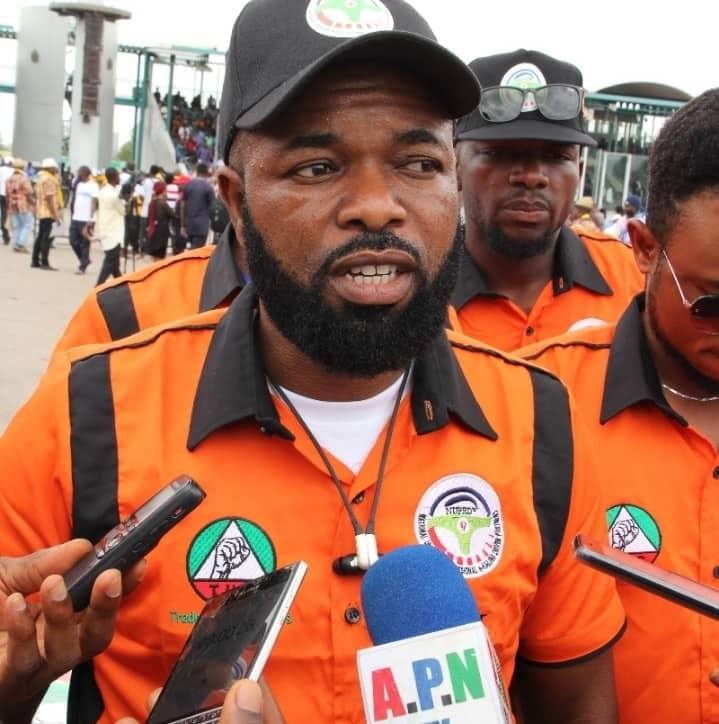 “Our fear is how transparent the programme would be. Anything the government puts a hand to is always hijacked by politicians without any knowledge of the particular business.

“Let me give you a typical example. During Fashola’s time as governor, they gave out yellow cabs, but today you don’t see most of those vehicles out again because of mismanagement,” Ayoade said during an interview.

The president further called on the State government to engage the Union before proceeding with the final execution of the scheme.

Comrade Ayooade asked the government to learn from its previous mistake and collaborate with the union in order to access necessary information about the gig economy.

Not ruling out the fact that the scheme could prove significantly beneficial in the long run, Ayoade explained that e-hailing drivers would have more vehicles to work with and the competition could pressure Uber/Bolt to better support their driver-partners.

“The government is not taking over e-hailing in the State”

It is almost impossible to rule out the fear of the unknown by the current Uber/Bolt drivers, considering how swiftly governments create new policies without consulting stakeholders.

That said, existing Uber/Bolt drivers are of the opinion that the State is about to do to them what it did to the bike-hailing services. 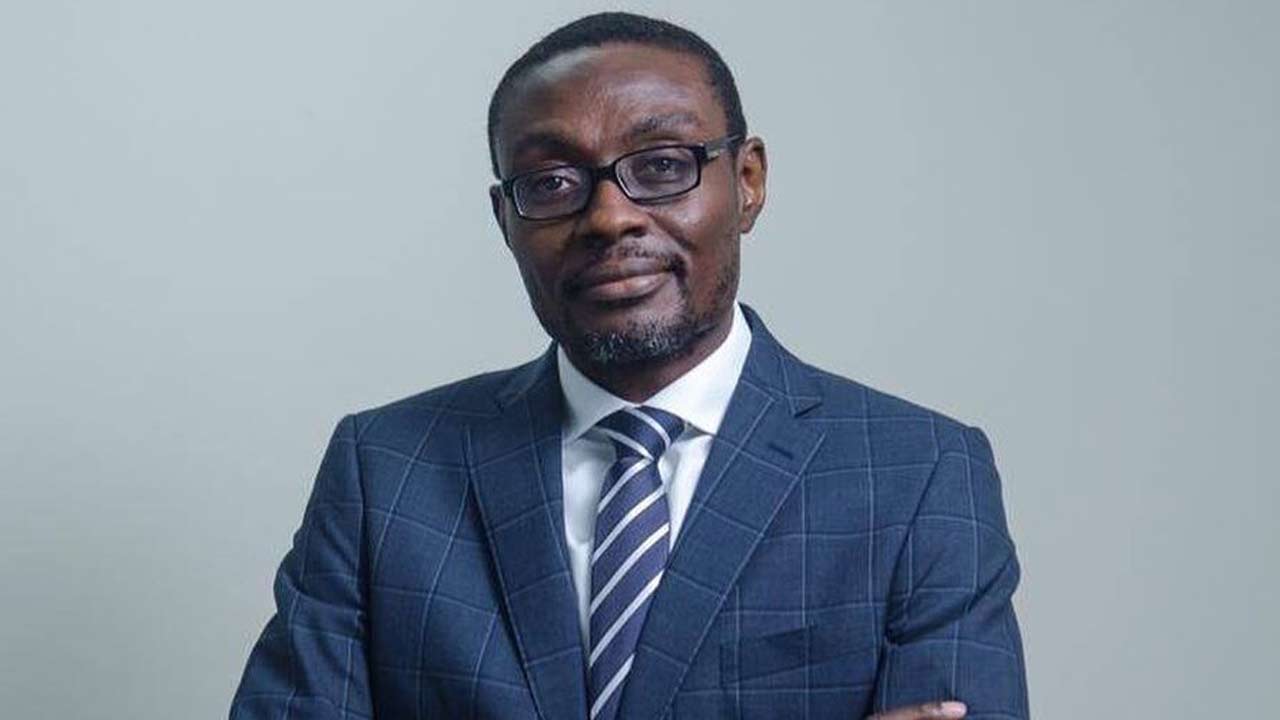 However, in an attempt to debunk the upsoaring fear among the drivers, Transport commissioner, Dr. Frederic Oladeinde clarified that the State government mean no harm.

Dr. Oladeinde dispelled the fears many are already grooming towards the new initiative.

According to him, “The state is not taking over e-hailing. Rather, the Government is creating an enabling environment for its citizens to participate in the taxi business.”

He further clarified that Lagos Ride will operate in the same manner as the likes of Uber and Bolt, and most importantly will be guided by the same policies that are on the ground.

The Commissioner further added that no new regulations will be introduced for ride-hailing drivers currently operating in the state.

He, however, emphasised that the Lagos Ride drivers will not be exempted from existing e-hailing regulations; hence, will not have any undue advantage over Uber/Bolt drivers.

How sustainable is the scheme?

Quite frankly, the question should have been how long the State government will sustain the scheme.

Unlike any other venture that the State government runs, a ride-hailing scheme is more complex than it looks on the surface.

It isn’t news that most government-owned ventures are poorly managed in most cases, and except the Lagos State proves otherwise this time around, the scheme may just not last beyond four years, after which most riders would have completely acquired ownership of their vehicles.

More so, unlike the regular Toyota Corolla Sport, and Camry that are mostly used by Uber/Bolt drivers, the Chinese SUVs might not be strong enough for a larger part of the Lagos terrain.

Overall, seeing Lagos State invest in a business module like ride-hailing indicates the enormous effort it is putting into achieving a digital economy.

However, it is too early to measure the success of the initiative as it is yet to kick-off.