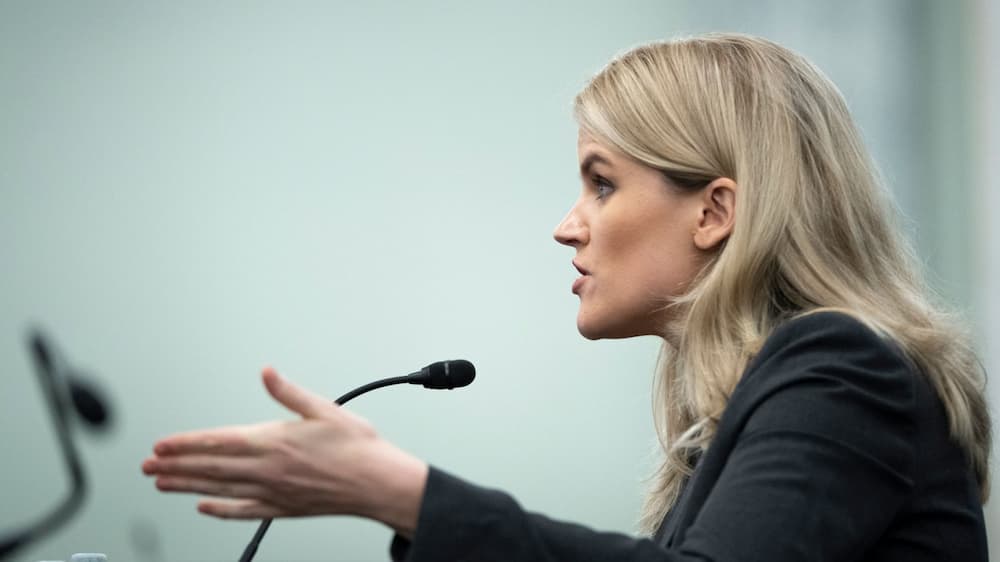 Facebook may have negatively affected 29 million Nigerian users of the platform by promoting hate speeches through its algorithm.

This is going by the recent revelations of a whistleblower, Frances Haugen who claims the platform is “morally bankrupt.”

Also, she said that Facebook is causing more harm to the world’s population of the platform’s users.

Nigerians are not spared these negative effects because they also use the platform.

Nigeria and the world’s Population of social media users:

The report also said that 33.00 million Nigerians are on social media as at January 2021.

Moreover, a recent data from Statista shows that Facebook recorded roughly 2.89 billion monthly active users worldwide as of the second quarter of 2021.

Also, a recent data from Statista shows that over 29 million Nigerians are currently using Facebook in 2021.

It showed that as of July 2021 alone, 31 million Nigerians were on Facebook while India, with the largest population, had 340 million.

Similarly, the data said Nigerians under 25 to 34 year olds accounted for 32.8 percent of Facebook users in Nigeria.

Likewise, 5.8% of the Nigerian Facebook users are under the ages 13 to 17. Meaning, they are teens and teenagers.

Also, the statistics from the data company also shows that as of the measured period,

Therefore, going by Haugen’s revelations and juxtaposing that with available data shown above, it passes that 29 million Nigerians who use the platform may have been exposed to the negative impacts of Facebook which also includes moral decadence, violence and hate speeches.

Meanwhile, keep reading as statistics we would show you below further shows examples of the negative influence Facebook is having on Nigerian users.

But before that however, here is what you should know. 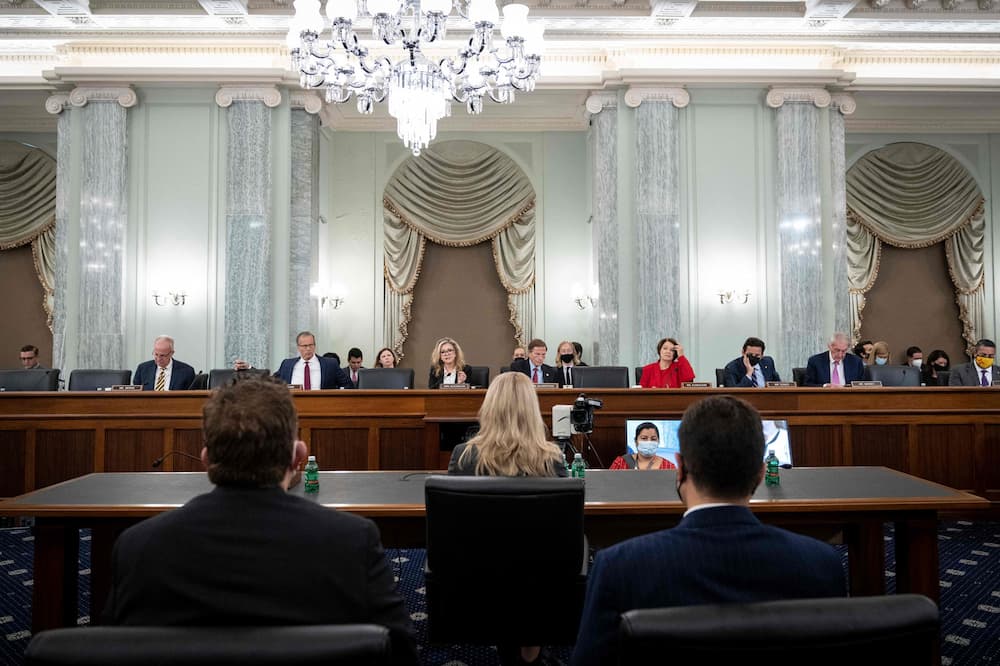 Who is Frances Haugen?

Frances Haugen is the courageous whistleblower who exposed Facebook.

Meanwhile, the former employee testified before a US Senate subcommittee on Tuesday.

During the testimony, Haugen who is an algorithm specialist said that Facebook promotes violence.

She said the company prioritizes its interest over what is morally and socially good for the people.

A look at Facebook’s Algorithm:

During the hearing, she said that Facebook’s current algorithm is dangerous to the public.

She said the company launched the algorithm in 2018.

Also, she said it prioritizes interactions such as comments and likes from friends and family members of users on Facebook.

The AI works by displaying selected contents that it thinks will be most interesting to individual users.

Facebook’s AI shows and suggests to users contents based on their past engagement histories like what kind of posts they have liked or shared or commented under before.

In Nigeria, most contents on Facebook that have generated more engagements are those involving scandals, politics, ethnicity or religion. 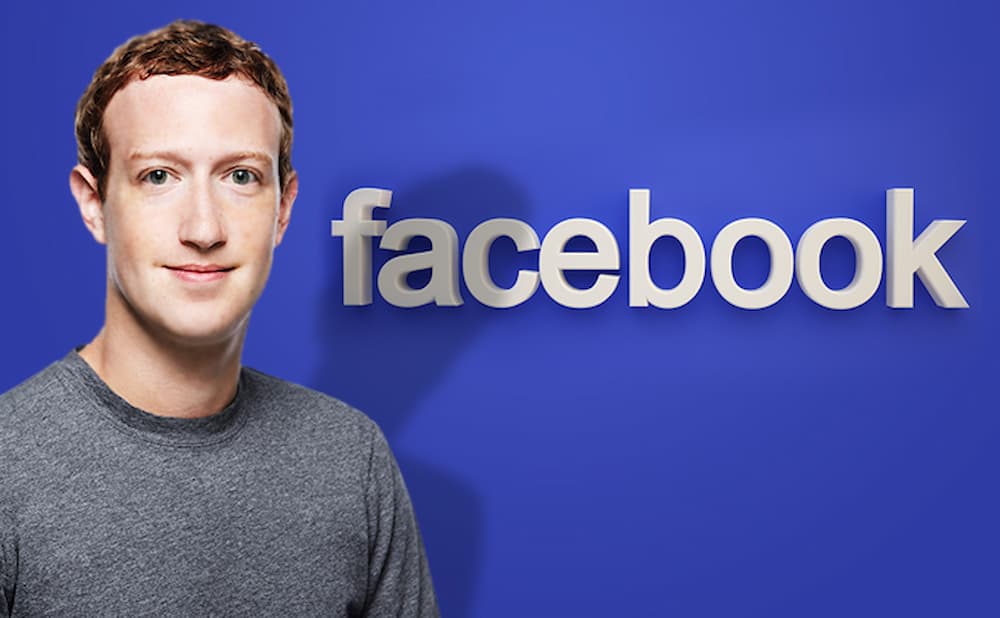 Others are circular posts and those involving terrorism, civil unrests, entertainment and finance.

This means, Facebook’s algorithm promotes those contents that elicit stronger reactions from users.

She said one of the Facebook internal studies she secretly copied talks about how Instagram harms teenage girls.

According to her, “And what’s super tragic is Facebook’s own research says, as these young women begin to consume this– this eating disorder content, they get more and more depressed. And it actually makes them use the app more. And so, they end up in this feedback cycle where they hate their bodies more and more. Facebook’s own research says it is not just the Instagram is dangerous for teenagers, that it harms teenagers, it’s that it is distinctly worse than other forms of social media.”

Meanwhile, she said Facebook turned on safeguards to reduce misinformation ahead of the 2020 U.S. presidential election.

However, she added that the company turned off the safeguards after the election.

“Facebook changed those safety defaults in the run up to the election because they knew they were dangerous. Because they wanted that growth back after the election, they returned to their original defaults,” Haugen said. “I think that’s deeply problematic.”

The algorithm expert said the system results to “unhealthy side effects on important slices of public content, such as politics and news.”

“I’ve spent most of my career working on systems like engagement-based ranking. When I come to you and say these things, I’m basically damning 10 years of my own work.”

Others engage in heated and divisive conversations as well as making posts that cause ethnic strife.

Statistics from Digital Report 2021 says, generally, there were 33 million Nigerians using the social media as of January 2021.

Therefore, situating Haugen’s claims above against the Nigerian population of Facebook users, we see that at least 5.8% of Nigerian Facebook users under the age 13 to 17 may have fallen victims.

He had posted a video of a militia group attacking and killing cattle in a herders’ settlement.

He had also used the Facebook live broadcast to accuse herders of destroying farmlands in eastern Nigeria.

Also, on the Facebook page of the Nigerian President Muhammadu Buhari, you will find many hate speech, divisive and insulting comments by Nigerians users.

For instance, under the comment section of the president’s speech about Nigeria’s Independence, you would find hate speech comments as follows:

“Peoples Are Really Suffering Of Struggling To Feed Themselves. You Introduced This Deliberately Out Of Hatred To Nigerians! You Made Nigerians Poor and More Poorer. God Would Judge!!!”

Another Facebook hate speech monger, UC Browser, wrote: “Nonsense… You’re just the worst mistake that Nigerians has ever made by voting you in as a president, may God treat you and your household the way you’re treating Nigerians, most especially the Igbos in general…. Amen.”

Another user, Emmy Ikala, also wrote thus: “I do believe I will not hand over this unprecedented, unreliable, unfortunate, demonic, bloodsucking and reckless nationality to my child. You where given the opportunity to education, and other diplomatic right. But known you are killing protesters and any one that wants to criticize your government. God bless you your Excellency.”

Similarly, a look at an alleged Facebook page  belonging to one of Nigeria’s music star, Davido is replete with posts suggesting moral decadence.

For instance, a post calling for pre-ticket signup for  Davido’s planned stage performance at the O2 in London in 2021 has commenters as follows:

One Victory Chukwuemeka, clearly links the post to orgasm by writing thus: “If I no come make I bend

My one and only boyfriend Supporting you from here.”

Similarly, another post on the page has Davido’s pictures with a caption, “My grace na auto!!!”

Expectedly, another user, Vicky Zaram, responds to him thus: “Mc Priest Caleb IV frog voice wey dey shake the world but look at you with your sweet voice sitting in your profile picture like a lunatic.”

Not even Facebook pages of religious persons are free of the negatives.

For instance, on the Facebook page of the senior pastor and General Overseer, Omega Fire Ministries, Apostle Johnson Suleman, you find negative comments from Nigerian users.

For instance, under a post by the Apostle on Nigeria’s Independence, a Facebook user, Chidera Daniel Isaac, writes: “Evil country may God end Nigeria amen.”

Another user, Nene Akpan Hanson, equally took similar line in writing thus: “…This So Called Nigeria People Are Being Killed Everyday Is It Because They Are Not Your Relatives Or Father Or Mothers Or Husband’s Or Sisters May God Have Mercy On Us For Covering Up The Truth.”

According to her, “It’s one of these unfortunate consequences, right? No one at Facebook is malevolent, but the incentives are misaligned, right? Like, Facebook makes more money when you consume more content. People enjoy engaging with things that elicit an emotional reaction. And the more anger that they get exposed to, the more they interact and the more they consume.”

Note that this development led to a complaint to Facebook by major political parties across Europe.

Haugen says a Facebook’s  2019 internal report she secretly copied, over thousands of them, said parties in Europe, “…feel strongly that the change to the algorithm has forced them to skew negative in their communications on Facebook… leading them into more extreme policy positions.”

The European political parties were essentially saying to Facebook the way you’ve written your algorithm is changing the way we lead our countries.

One of the bills proposes the death penalty for hate speech and Nigerian government fully supports the bills.

The two bills includes: the proposed National Commission for the Prohibition of Hate Speech bill.

The other is the Protection from Internet Falsehood and Manipulation and other Related Offences bill.

They also make criticizing the government punishable with penalties of up to three years in prison.

The bill followed continuous abuse, falsehood peddling, hate speeches, violence, moral decadence and ethnic strife resulting from the use of social media platforms like Facebook by many Nigerians.

All these and numerous others seem to corroborate Haugen’s claims that Facebook is affecting the people (Nigerians in this case) negatively.

The government, therefore, stated its resolve to regulate the operation of social media and the information shared on them.

The revelations by the Whistleblower clearly exposes shocking secrets about how Facebook is negatively affecting the society.

In Nigeria, we have seen several cases where the Nigerian Facebook users are reflecting the effect in their daily lives.