Google must have woken up on the right side of the bed on Monday. I mean, how else do we explain this generosity?

Whatever part of the bed Google found itself, developers would be grateful. Probably.

Google said the next version of its operating system, Android 12, would allow the use of third-party app stores.

It also added that as opposed to having a difficult time accessing third-party apps, the process would be simplified.

Vice President of Google, Sameer Samat, added a few things in a blog post on the Android Developers Blog.

He mentioned that the tech giant wants to be more supportive of developers who use several platforms to showcase their apps. 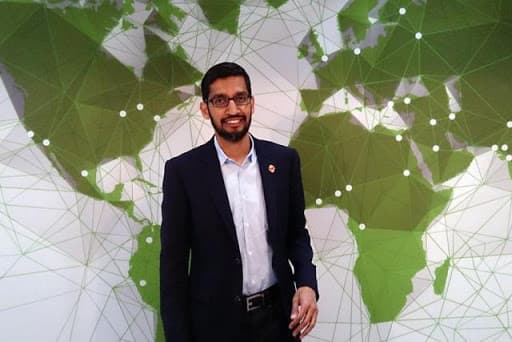 Furthermore, he addressed the strain users have while trying to access other app stores.

He said the process will be made easier compared to what it’s like now.

The plan for Android 12 bags a few questions.

For example, what happens to security where these third-party stores are concerned.

He said while Google has its arms opened to third-party stores, it will not compromise on security.

As regards Google releasing a new OS when Android 11 only just arrived, the reason is apparent.

Google gathered the feedback it got from app developers.

Clearly, developers want to be able to put their apps on other platforms asides Play Store.

While that is done, they want to ensure that user experience isn’t flawed.

To act on the feedback they got, Google had to make changes.

Android 11 already rolled out, so it would be impossible to do much on it.

Hence, the decision to make it a part of next year’s OS, the Android 12.

We’re not entirely sure what features Google will add to make the third-party store experience better.

Sadly, the blog post didn’t say much about what upgrades will be added.

ALSO READ: All You Need To Know About the Android 11 OS

In addition to embracing other app stores, Google plans to update its billing system for developers.

Developers weren’t clear on the types of in-app purchase made by users that required them to use Google’s billing system.

N.B: Other app stores are currently on android devices. An example is Samsung’s app store. Google is merely trying to be more accommodating. Also, Google wants to make developers comfortable where displaying their apps is concerned.

To clarify, Google said all developers who give in-app purchases of digital goods to users would use the billing system.

Besides, developers will pay a service fee from the percentage of the payment made by a user.

Finally, apps that aren’t already using the billing system for in-app purchase will have to do so by September 2021.

What are your thoughts on Google’s plan for developers?

Do you like the idea of third-party app stores as an android user?

Drop your thoughts in the comments section.