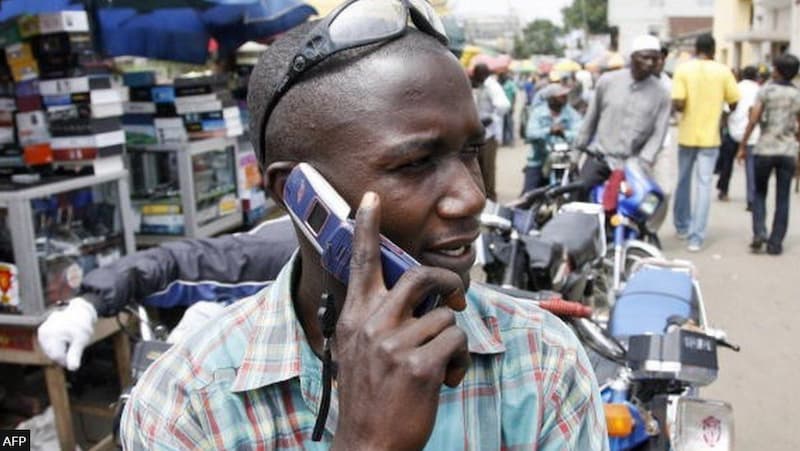 With the new tax introduced by the Government, you now pay tax to make calls in Nigeria.

The Federal Government introduced a new tax on phone calls.

It said money it generates from the tax will fund free healthcare for the Vulnerable Group in Nigeria.

Recall that this is coming at a time when telecommunications operators are making moves to increase the price of their services.

The operators proposed a 40% hike in call tariffs, although this was met with stiff condemnations from the public.

But the operators cited unfavourable operating atmosphere to do business in the country.

How much tax you now pay for making a phone call in Nigeria:

Nevertheless, the federal government has said that for every one second of a phone call you make in Nigeria, you will pay a tax of 50 Kobo.

In the Act, a provision under Section 26 subsection 1c states that the source of money for the Vulnerable Group Fund includes telecommunications tax.

It stipulates that the tax will be not less than one kobo per second of GSM calls.

“S.26 of this new law imposes a telecommunications tax of not less than 1kobo per second on GSM calls.

“With call rates at about 11kobo per second, this translates to a 9 per cent tax on GSM calls.”

“The tax is one of the sources of money to the Vulnerable Group Fund.”

In a report by Punch, Oyedele said the fund will subsidise the provision of healthcare to the group.

Those to benefit include children under five and pregnant women.

Others include the aged, physically and mentally challenged, and the indigent.

This is “as may be defined from time to time” by the act.

Who are the vulnerable group:

The Vulnerable group in Nigeria comprises those Nigerians who don’t have the money and are not capable
of paying for health insurance.

The telecom tax, therefore, generates funds from taxing other Nigerians who make calls to cater for the vulnerable group.

According to the act, the Vulnerable Group Fund is money budgeted to pay for healthcare services for vulnerable Nigerians.

The act, however, stipulates that every resident in Nigeria should obtain health insurance.

Apart form the tax on calls, the act also provides for many options to raise funds to finance health care for the vulnerable.

They include: basic health care provision fund to the authority; health insurance levy and telecommunications tax.

The telecom tax is not less than one kobo per second of GSM calls.

Other sources of revenue are money that may be allocated to the Vulnerable Group Fund by the Government.

Another source is money that accrues to the Vulnerable Group Fund from investments made by the Council:

Also, grants, donations, gifts, and any other voluntary contributions made to the Vulnerable Group Fund also counts.

This new tax on telecommunication will make you pay more for lesser call time.

However, the fund that government will generate from this system will help provide healthcare for the vulnerable in the country.