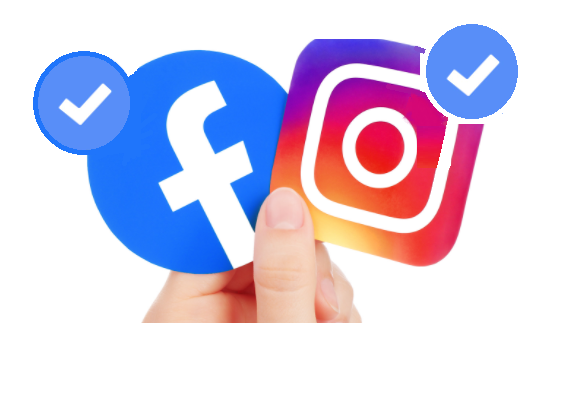 Accounts verification scams have flooded Social media websites and apps which have become popular hangouts for scammers and hackers.

Other Types of Scams on social media are in forms such as fake ads that look real.

Others are romance scams, grant money or fake giveaways and online shopping.

Some of the fraudsters, however, charged unsuspecting victims between $1000 and above for the enticing but fake promises.

Nevertheless, many people fell victims and many are still falling victims to these scammers.

The scammers usually operate by sending direct messages (DMs) or chatting up their unsuspecting victims.

Some compromise users accounts and create posts and screenshots on the stolen accounts claiming to have earned money.

For Scam pages and accounts that promise money to victims, they encourage users to contact them (most commonly via WhatsApp).

They would also offer to make their victims’ accounts verified without following due processes taken by the platforms.

Although some victims said they knew it was scam, however, they fell for it after the scammers showed videos and picture evidence.

A victim told CNET saying, “The realistic part of me was like, ‘don’t fall for this scam.”

“But then he started sending all these videos and photos of him being able to do it.”

“All these little red flags were going off in my brain, but I was super excited.”

So, what may have started with a friend request soon turned to account hacking, hijacking or swindling of funds.

Why people fall victims to scammers on social media:

Some users who are legitimate account holders or influencers want their accounts verified to show authenticity.

They also want account verifications to differentiate them from fakers.

The verification badges have also morphed into status symbols that give social media users bragging rights.

So, scammers and hackers try to lure users who want to get verified into handing over their personal information.

A recent case involving the victim described above was a scammer, Enver Ceylan who operated on both Instagram and Facebook.

Ceylan had put up a profile of himself saying he is a Turkish social media consultant.

He also claimed he is a musician and actor who has “played the lead role in many TV series and movies.”

He claimed he could also grow their accounts.

Ceylan displayed a form that asked TikTok users to fill out personal information to get their account verified.

“Your account has been followed for 30 days, and it has been determined that you are eligible to receive the TikTok Blue Badge,” he lured his victims.

Also, he displayed a form under TikTok’s logo, asking for a user’s password, address and phone number.

The scammer urged users to apply through an online form rather than directly on Instagram, citing pandemic.

Another one on Instagram, marion_digital also promised the blue badges.

The scammer sent Omar Bham direct messages from Instagram accounts claiming they can get him verified.

Loses to online scammers and hackers:

Recently, many people lost their hard earned money running into millions of dollars to scammers.

Also, most influencers and even celebrities equally saw their accounts hacked and seized by hackers.

Lately, US Federal Trade Commission warned that various scams on Facebook, Instagram and other social media sites have increased.

The accounts, as discovered, all targeted Nigerians.

The scam accounts enticed individuals to send money via bank transfers with the promise of offering instant returns.

While many fell victims, loses to similar scams by Nigerians have continued to run into thousands and millions.

The hacker assumed her identity and posted screenshots encouraging her followers to invest in a certain fake pyramid scheme.

Although she reported the account, it took time before she regained her accounts.

However, by then, the hacker had defrauded her followers of funds.

Similarly, In 2020 for instance, hackers hijacked the accounts of American celebrity, Kim Kardashian and that of current President, Joe Biden.

The hackers used the accounts to lure gullible people to invest in Bitcoins.

Although the social media platforms frequently take actions against such fake accounts, they don’t always see all.

For instance, Twitter recently admitted to mistakenly verifying a group of accounts that turned out to be fakes.

Twitter, however, said it has permanently suspended the accounts after re-launching its public verification program.

“We mistakenly approved the verification applications of a small number of inauthentic (fake) accounts.”

“We have now permanently suspended the accounts in question, and removed their verified badge, under our platform manipulation and spam policy.”

The ‘bird’ app got to suspend the accounts after a data scientist, Conspirador Norteño, raised the alarm.

He said the accounts had 976 suspicious followers in common and all were created between June 19th and June 20th.

“These 976 accounts are part of an astroturf botnet consisting of (at least) 1212 accounts.”

“The network is split into followers which follow the aforementioned verified accounts as well as other members of the botnet, and followees, which are followed by the other bots. pic.twitter.com/wKKfC2PRX8 — Conspirador Norteño (@conspirator0) July 12, 2021.”

Similarly, Facebook has said it takes action against suspicious accounts believed to be scammers.

Facebook said it conducts “regular sweeps both on and off the platform to remove malicious actors from Instagram.”

“If we detect that verification was acquired in a malicious way, or that an individual is selling verified accounts to others, we will take action that could lead to permanent removal from Instagram.”

However, despite the measures taken and still being taken by the social media platforms to curb frauds, the scams still continue.

So, users of social media platforms must beware.