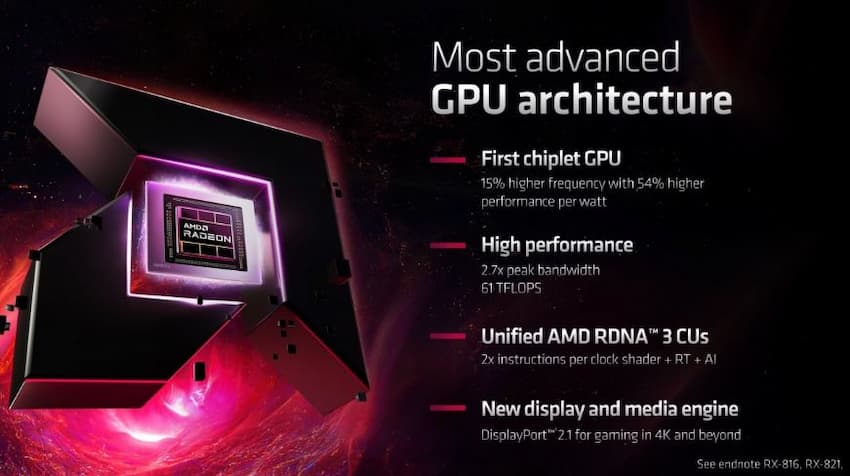 The company revealed the two new flagship products, the Radeon RX 7900 XTX and the RX 7900 XT.

They are based on the new RDNA 3 architecture.

Both cards are intended for 4K, high frame rate, high quality gaming and streaming, but AMD’s also pitching the XTX as an 8K gaming GPU.

And to prove 8K is coming, the company teased an upcoming Samsung Odyssey Neo G9 8K widescreen monitor slated for its official announcement at CES in January.

The company also says that we’ll be seeing high-res DisplayPort 2.1 monitors starting in the beginning of 2023 from companies like Dell, Asus, LG and Acer and Samsung.

The GPU die has two main components, viz: the Graphics Compute Die or the GCD and the Memory Cache Die or the MCD. 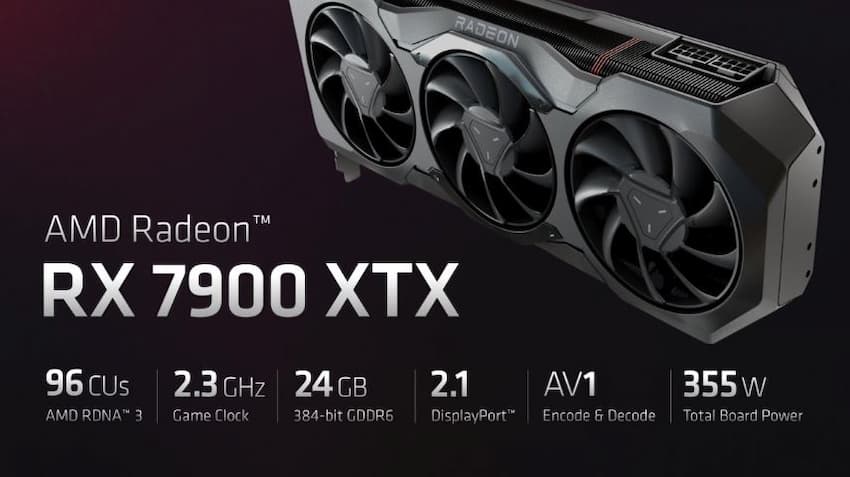 It also has a 355W board power limit that can be powered by two 8-pin connectors. 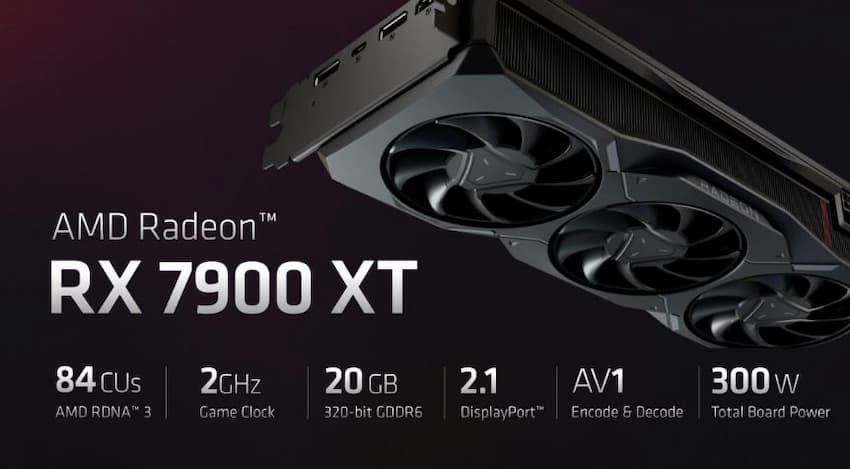 Meanwhile, both cards support the new DisplayPort 2.1 standard limited to the intermediary UHBR 13.5 bandwidth of 54Gbps.

They also support a new media engine with simultaneous encode/decode for AVC/HEVC and 8K60 AV1 encode/decode. 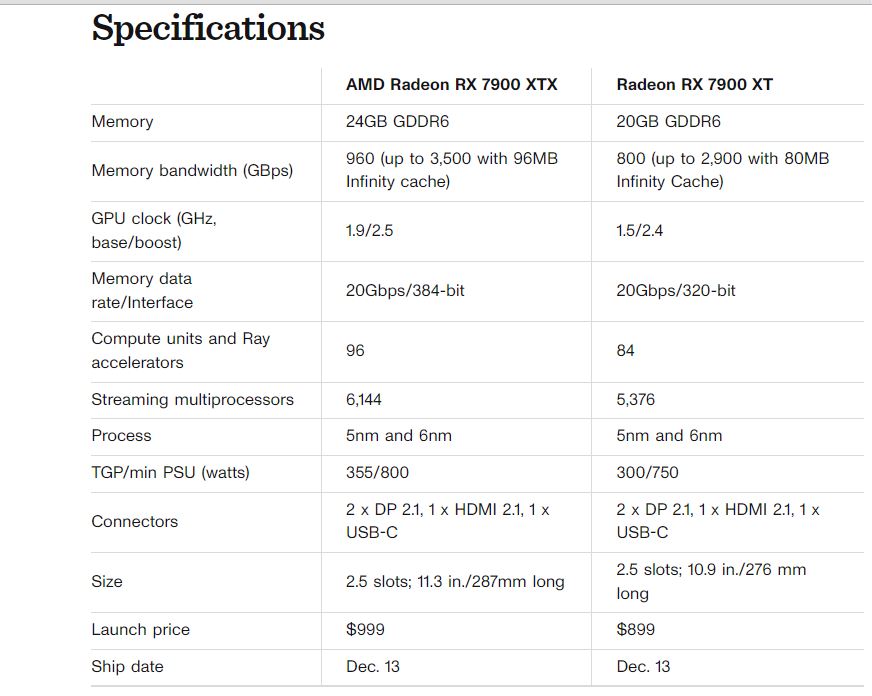 In addition to AMD’s in-house cards, third-party cards will be available from AMD’s usual partners, such as Asus.

This is the first graphics card with such chipset-based design.

AMD switched to a chiplet-based design to allow the company mix and match parts for different configurations.

This mixture also lets the company use different manufacturing processes for each component.

The smaller parts also have better yields than making a single large monolithic die, which helps the company manufacture these parts cheaply and efficiently.