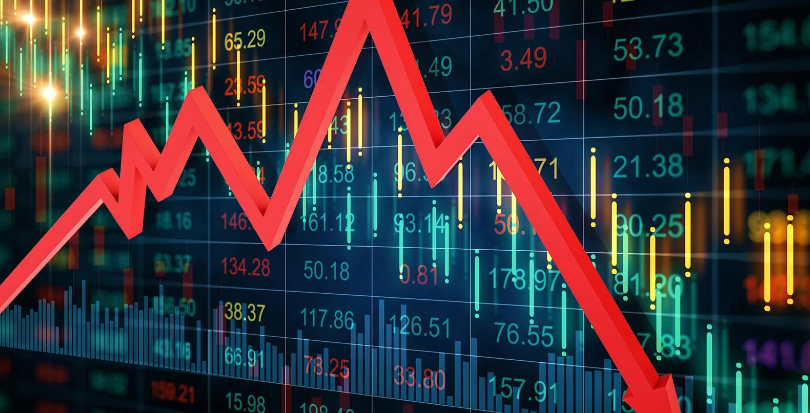 Today the Australian share market fell by more than 5 per cent within the first 20 minutes of trading and, by the end of the day, nearly $90 billion had been wiped from it.

So it’s safe to say it was a dramatic day at the Australian Securities Exchange (ASX), the share market operator.

Here’s a quick look at why this happened and what it all means.

Investors are worried that a global recession is coming.

On Friday, US consumer inflation figures reached a 40-year high of 8.6 per cent.

This fuelled fears the US central bank, the Federal Reserve, would aggressively hike

interest rates to curb consumer spending in a bid to get that inflation under control.

This fuelled fears of a recession.

And this really spooked investors trading on the US share market — aka Wall Street — and when some investors get spooked, they rush to sell off their shares before their market value drops any further.

On Friday, US stocks posted their biggest weekly percentage declines since January.

The US share market closes at 4pm local time, which is 6am AEST — four hours before the Australian share market opens, giving local investors plenty of time to respond before trading kicks off.

And because what happens on Wall Street impacts the Australian share market, local investors also pulled their money from the market when it opened.

“Economies and share markets are based on confidence and Australia gets also a lot of its capital (finance to expand businesses and fund government) from overseas.

“We are also a major commodity exporting nation, so when commodity prices fall the Australian share market falls.That is because miners and banks are the heavyweights on the market.

“So, essentially, Australia relies on the rest of the world for its economic functioning, so when Wall Street sneezes, we get a cold.”

What is a bear market?

It’s just another term for a market slump.

Technically, this is when an index like the S&P, the Dow Jones Industrial Average, or even an individual stock, has fallen by 20 per cent or more from a recent high for a sustained period of time.

There’s a few theories on where the term “bear market” comes from.

One is that bears hibernate, so bears represent a market that’s retreating.

And the opposite of a bear market is a bull market, because bulls charge.

There’s another theory floating around that the bear and bull nicknames come from the way the animals attack — bears by swiping their paws down and bulls by thrusting their horns up, according CMC Markets.

What is a recession?

There’s no one definition but, generally speaking, it’s when the economy is shrinking rather than growing.

People spend less, more people are out of a job and the overall economic output falls.

The term “technical recession” describes two consecutive quarters of negative growth in gross domestic product (GDP) — which is the value created by the goods and services produced within the country.

Will there be another recession in Australia?

Lannin says the nation could go into a recession if the Reserve Bank of Australia (RBA) raises interest rates too quickly, causing a sudden slowdown in the economy.

By December that year, then-treasurer Josh Frydenberg declared that Australia’s recession was over.

Prior to 2020, our last recession was in 1991, which was famously dubbed “the recession we had to have” by then-treasurer Paul Keating.

Why are interest rates going up?

To keep inflation under control.

“Higher prices mean that people stop spending so much.”

And when people stop spending so much, the demand for things goes down.

Low demand puts pressure on companies to work harder to attract more buyers — and the hope is that they’ll do this by making their products cheaper.

And once a few things are cheaper, it’s hoped that’ll have a flow-on effect that’ll make a whole bunch of other things cheaper, too.

It’s also worth noting that interest rates are still extremely low because of emergency measures put in place during the pandemic.

They were always going to go back up, eventually.