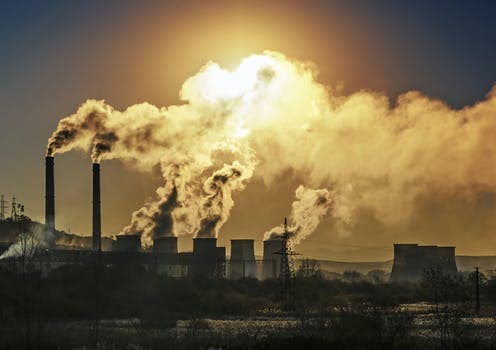 There’s certainly more reason for the world to speed up the production and adoption of zero-emission vehicles. From here on out, we might want to start looking into following a similar product development pattern and creating zero-emission factory machines.

The effects of the Covid-19 suppressed the numbers by 7% in comparison to last year. However, considering the restrictions placed on movements and limitations on economic activities this year, one would have imagined a significantly lower number.

Sadly, with the current numbers, the earth’s atmosphere is still heating up pretty badly. If we would have any chances of cooling it down, we’d have to do better next year.

Now, that might be particularly difficult because companies who sat on the sidelines and watched the year go by are eager to get back on the pitch and bring the action next year.

But, if we’d be needing anything right now, it’d be more of inaction than action. The only action that’d, however, profit us all is collectively working towards building zero-emission machines.

The most significant drop since World War Ⅱ

Interestingly, this year’s drop was the biggest since World War Ⅱ. It puts a confused look on your face when you think of the fact that it took a deadly virus to get us here. 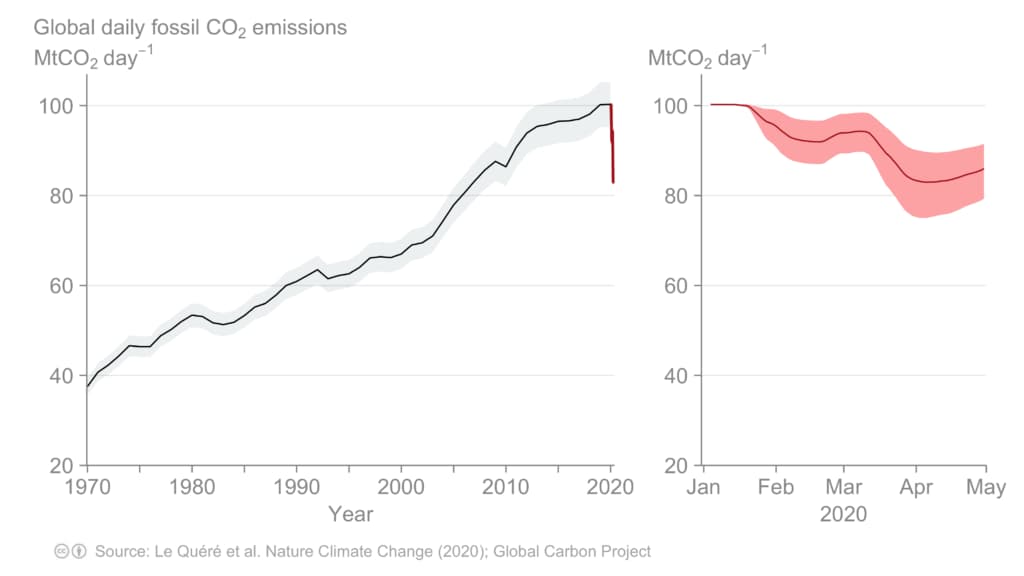 According to Corinne Le Quéré, there’s a high chance that emissions will rebound in 2021. Le Quéré is a professor of climate change science at the University of East Anglia.

He worked on the 2020 report and gave a few remarks while speaking at Future Earth’s Global Carbon Project press conference.

He noted that the volume of carbon emission expected from 2021 is quite uncertain. However, this will chiefly depend on the rate at which economies recover and decide to revert to the usual ways of doing things.

The new work-from-home culture has helped to reduce movements and consequently the exhausts from cars. If workers in a larger part of the world continue to work from home and minimize travel, emission volume might reduce by quite a significant number.

According to the report, China came on top of the list of countries emitting the most carbon. Sadly, the report also revealed that they’re already getting close to hitting their 2019 emission levels.

According to UN predictions, this year’s emission drop has a negligible impact on the earth’s climate. The drop accounts for only a 0.01c reduction in heating compared to the 2050 goal.

Although much of our carbon emission stays right in the atmosphere and heats it up, some do not. The ocean and soil also act as carbon sinks. They accumulate and store carbon-containing elements for an indefinite amount of time to relieve the atmosphere.

Sadly, this acidifies the ocean and puts the lives of marine-based animals at high risk.

This year’s report revealed that the ocean absorbed up to 9billion tonnes of CO2.

On the other hand, the earth took up 13billion tonnes of CO2 and released about 3 billion due to deforestation.

Working on renewable energy, electric vehicles, and reforestation seems like the right way to go if we must keep these numbers on a slippery downward slope.

This video from Carbon Brief helps us to understand what we must do to keep the numbers down.