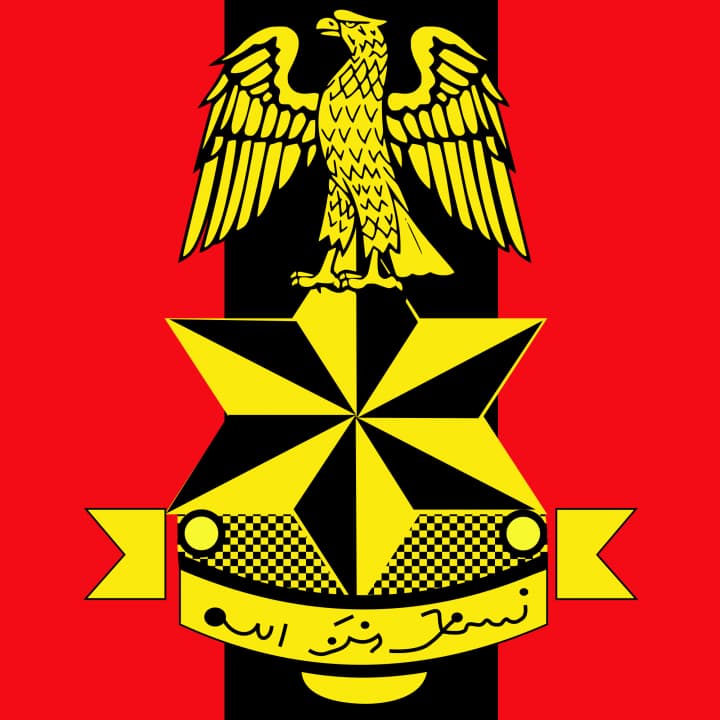 The Nigerian Army (NA) has announced that it will soon start its annual exercise, operation “Crocodile Smile VI,” across the nation.

The notice comes at the foot of target by “hacktivist,” Anonymous, against its website.

Crocodile Smile exercise will start on October 20 and run till December 31.

According to the Army, the operation will track, identify and counter negative propaganda across cyberspace.

Naturally, the operation tests the combat strength of its units. It was also created to check criminal activities.

The criminal activities include kidnapping, militancy, oil theft and piracy in the Niger Delta.

Right now, the scope of the operation seems to have taken on a new form.

The soon to begin operation will go beyond testing combat readiness.

It will also go past checking criminal activities in the Niger Delta and the country as a whole.

The operation will, this year, include fake news and cyber-warfare exercises.

Since its start in 2016, this year’s operation is the first to include the cyberspace in its exercise.

“The exercise is deliberately intended to be all-encompassing to include cyber warfare exercises designed to identify, track, and counter negative propaganda in the social media and across the cyberspace,” the Army spokesperson, Musa Sagir, said in a statement.

The statement came only a few hours after Anonymous hit the Army’s website.

The website was offline for some hours on Saturday afternoon, October 17. 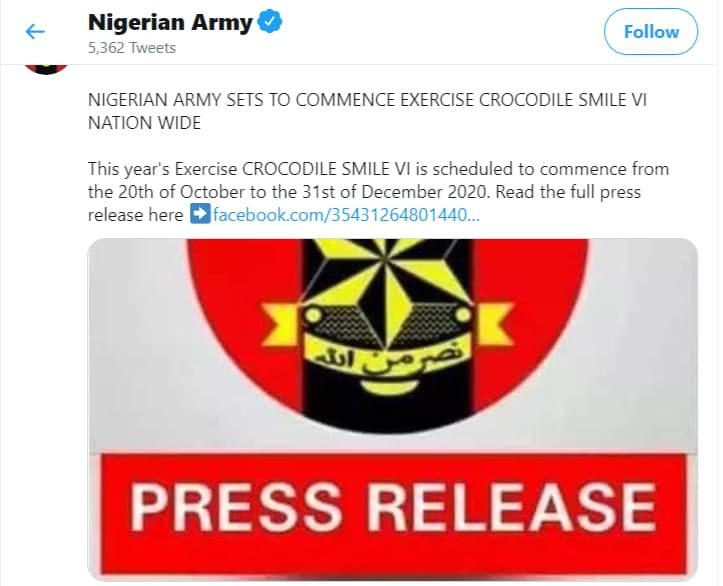 The Nigerian Army’s website hack is a spin-off of various attacks on government websites.

Anonymous has continued to show support towards the #EndSARS movement.

The Crocodile Smile drill will also try to fish out terrorists fleeing from troubled hotspots in the country.

The terrorists are majorly the Boko Haram group.

Such hotspots are the northeast, north-central and northwest.

The government is working on deflecting the internet hits on its websites.

Many Nigerians have shown concern over the move of the Nigerian Army.

So far, the bulk of these concerns has been shown in the comments section of the Army’s social pages.

People believe this might be a planned act to control protests across the nation, especially since cyber warfare is a function of the EFCC.