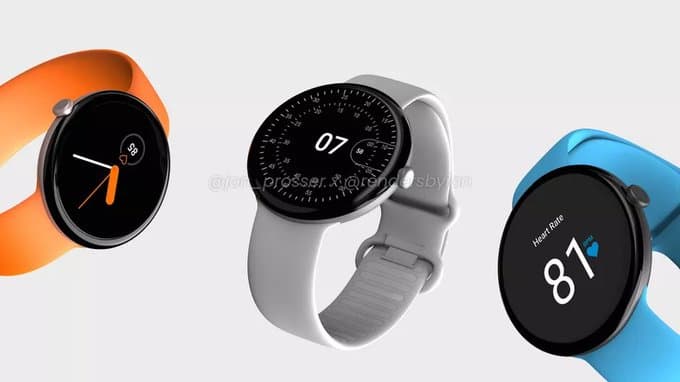 This year, Google might be launching its alleged smartwatch, the Google Pixel watch.

An American man is known for sharing Android related leaks, Jon Prosser says that the company would launch on the 26th of May this year.

Last year, he first leaked about the Google launch of a smartwatch.

Now he is reiterating the launch announcement by adding a launch date.

In his recent post on the bird app, he adds that this was the first of Google’s launches to set a date on a device behind the scene.

Also, he adds that Google is known for pushing dates, so the date isn’t stable.

And so people should look out as it might be pushed back.

I’m hearing that Google is planning on launching it on Thursday, May 26th — over year since we leaked it.

This is the first we’ve seen a set date on the device behind the scenes.

Google is known for pushing back dates — but if they do, we’ll know 👀”

In previous leaks released by Jon, the smartwatch will launch with an Exynos-derived SoC.

And it might be a custom version of Exynos W920, which was launched last year.

Jon has also leaked an image of the watch and shared it.

He has also described and criticised how the watch would be after seeing a video.

His description says that the watch display wraps around a button and many other things.

Although, there hasn’t been any way of verifying all Jon has shared about the Google launch.

But we can wait till May to confirm all about the leak for ourselves.

And wait till Google confirms by itself about the launch as it hasn’t confirmed the leak.

But knowing Jon for constantly sharing leaks of Android products, it might just be true.

It Is Possible To Transfer Your WhatsApp Chat From Android To iOS; Find Out How