WhatsApp might just be working on another amazing feature for you. A feature that transfers your chat from Android to iOS, cool, right?

In previous years, WhatsApp delivered a lot of great features that have been bettering users’ experience.

This year, WhatsApp is set to do more to help users have the experience they desire.

According to its blogging platform for sharing WhatsApp updates, WABetaInfo, it would be testing another cool feature.

The feature would allow users to transfer their chat history from their Android to iOS.

WhatsApp submitted the update through its Testflight beta program.

Asides, the feature was spotted on the latest iOS WhatsApp beta version 22.2.74.

WABetaInfo stated that the feature is still under development and hasn’t been released for testing yet.

A copy of the picture was shared to show what the platform would look like.

In the image, WhatsApp would request permission before the transfer process. 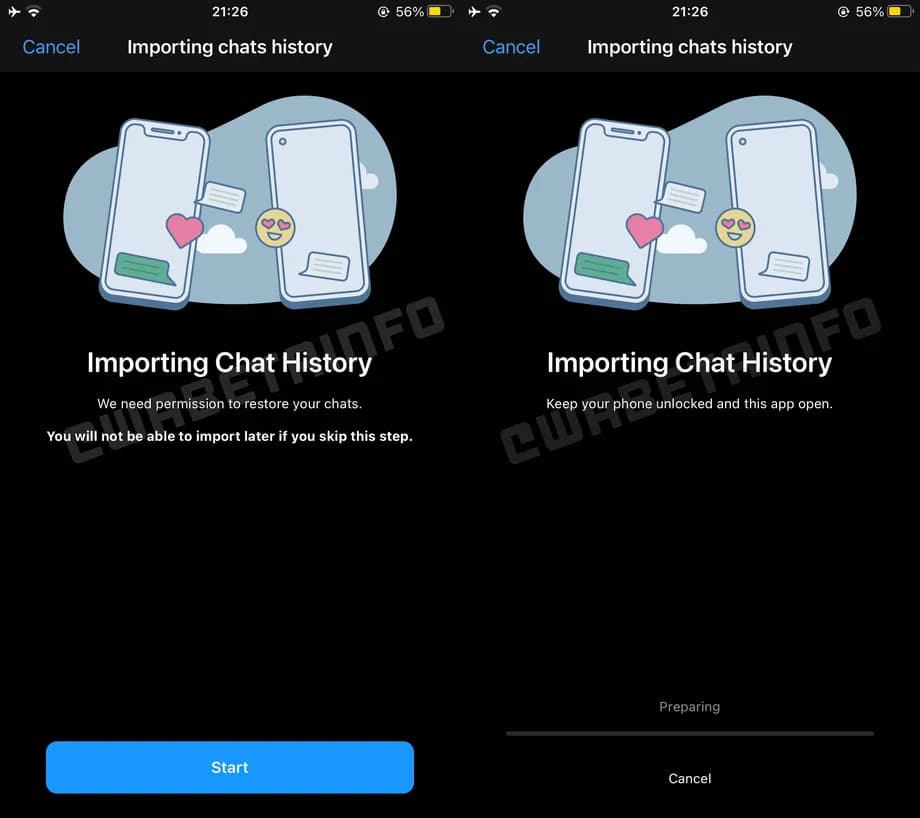 And users would have to keep their phone unlocked and their app open to migrate the chat.

You should know this is not the first time WhatsApp has started migrating chats.

ALSO READ: Everything We Know About Google SmartWatch

However, this is not the first WhatsApp creation in transferring data from devices.

Later,  an expansion occurred, which allowed chat histories from iOS to be transferred to over 12 Android devices, including Google Pixel.

However, there are no clear specifications on what Android phones this would be available to with the update.

Also, there is no set date of the release and the set of users it would be releasing the feature for.

Until then, users should keep their hands crossed as WhatsApp has been working hard each year to better the experience of its users.

If you have been looking for how to transfer your chat from Android to iOS, WhatsApp says you would soon be able to do that.

Although the feature is still under development, it can be available soon.

However, in the meantime, get to enjoy other interesting features WhatsApp has released for its users.

Everything We Know About Google SmartWatch