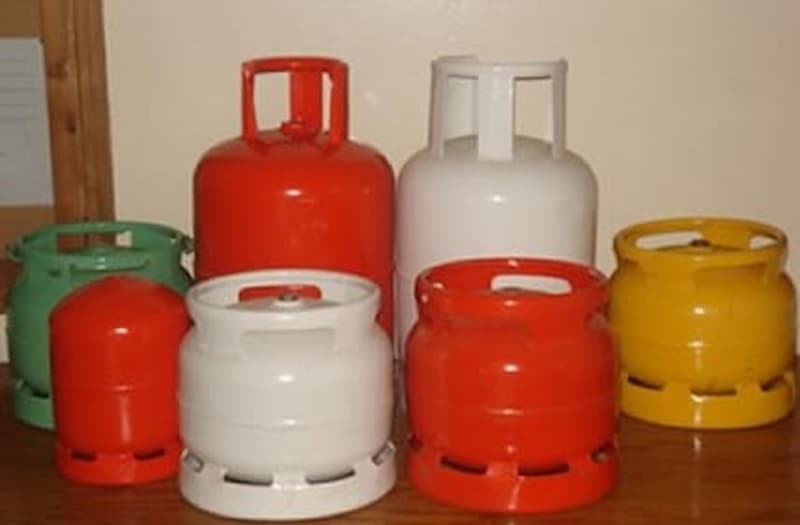 Many reasons are behind the current price jump of cooking gas, not only in the country but globally.

Before the January, the cost of the product was around three thousand naira (N3000) for the 12.5kg gas cylinder.

So, why the sudden price surge?

On a general note, reasons such as the devaluation of the Naira and the inability to access foreign exchange by importers are factors behind the price hike.

Other reasons are the increasing international price against which the cost of domestic LPG is indexed and the anticipated re-imposition of VAT and customs duties with retrospective application.

Taken singly, we would have the following.

Nigeria locally produces only about 35 per cent and imports about 65 per cent of the LPG.

However, recently, importers of the Liquefied Petroleum Gas stopped importing the commodity.

The importers stopped the importation of the commodity over fears government will tax them heavily.

As a result of this, cooking gas sourced from the Nigeria Liquefied Natural Gas company now sells for N11m per 20 metric tonnes truck.

This stoppage made the price of the commodity to skyrocket to its current state, and it is still going high.

The Federal government is mulling to reintroduce custom duty and value added tax which it suspended before.

In the past couple of weeks, importers have not imported gas into Nigeria because of the issues with customs and VAT.

Importers, out of fear, have paused the importation of the commodity.

This is because the government has not clearly stated the position on the issues.

Meanwhile, even before the reintroduction, importers have been buying gas at a cumulative daily increase of N300,000 to N500,000 per 20MT truck.

Therefore, with the planed imposition of VAT and customs duties, the prices went even higher, resulting in the nationwide price hike.

Corroborating this, the Executive Secretary, Nigerian Association of Liquefied Petroleum Gas Marketers, Bassey Essien, told newsmen on Monday that the reintroduction of VAT and Custom Duty is a major reason for the price hike of gas in Nigeria.

The NLNG supplies gas to the terminals and these terminals sell to the marketers.

However, in the course of the transactions, the price of gas can go up by about three times, Essien has revealed.

This could be because of the activities of middle men who want to make extra gains.

Essien said, “Take for example, I was granting an interview on Saturday morning on this same issue and that morning some terminals were selling for N11.6m to N11.7m, but as I stepped out of the interview, it had increased to N12m.

Following the planned reintroduction of VAT and Custom Duty on importation, operatives of the Nigerian customs Service are clamping down on importers of the commodity.

According to Essien, “The customs is even clamping down on importers and so they cannot import anything.”

He said this “means that the product in circulation across the country is from the NLNG,” hence, the price hike.

Another reason for the price hike of gas in the country is the activities of some scrupulous individuals.

Following the shortage and price hike, some people have capitalized on this to hoard and increase prices of gas.

This activities are clearly for illegal profiteering.

Corroborating this claim, Essien said, “…when there are issues like this, some unscrupulous people will want to capitalise on the situation, which they are doing.

“Because right now, from what we’ve got, the price at which NLNG product gets to Lagos is about N7m, but you get it at N11m and above.”

NALPGAM has said that government policies over the years have failed to address the issue of gas prices.

The association said despite the decade of gas policy and measures by government, the cost of cooking gas had continued to rise.

It said, “Despite the strategies employed by the government with its anticipated benefits, the reverse seems to be the case with the bulk of LPG consumed in the country largely imported.

“The availability of the product for domestic consumption has been skewed majorly to 65 per cent import dependence while only 35 per cent has been attributed to local supply.

NALPGAM added in a chat with Punch saying, “It has been observed that the above factors have seriously increased the price of gas to the extent that a 12.5kg gas which sold for N3,000.00 in January, 2021, now sells for between N10,000 to N10,200, depending on area of the country.

“The daily galloping price of gas may derail the lofty ideals of the gas expansion plans of the government.

It may also derail the “job opportunities” that government wanted the programmes to create, if not properly handled.”