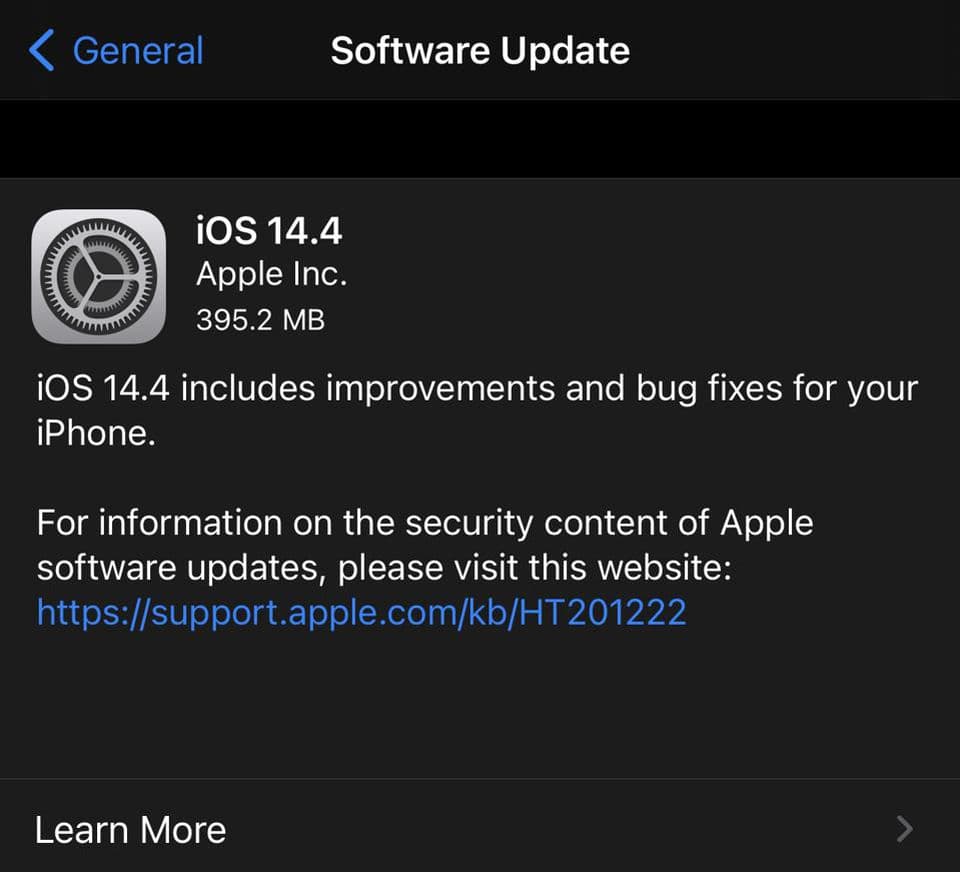 In its recent move to protect customers’ security, Apple has released a new iOS update – iOS 14.4 and iPadOS 14.4.

The company said that the new update would include bug fixes and improvements on the iPhone.

The improvement includes; QR code reading with the camera to make it small, handoff for Homepod mini; a haptic touch will rhythmically start; changes to accessibility setting with control over app with Voiceover; and others.

However, this came after it discovered and interrogated a security breach in its system.

In its announcement, Apple considered some worrying issues.

It mentioned that security issues weren’t disclosed except after being interrogated.

“For our customers’ protection, Apple doesn’t disclose, discuss, or confirm security issues until an investigation has occurred, and patches or releases are available,” Apple said.

Apple released an update under Kernel and Webkit

Under the Kernel update for iPhone users, Apple mentioned that it is available to users ranging from iPhone 6 and later.

Apple further explained the impact of the update.

“A malicious application may be able to elevate privileges. Apple is aware of a report that this issue may have been actively exploited,” it said.

Meaning, Users should update their iPhone quickly as it found a security hole in its operating system.

However, Apple added that the issue had been addressed with improved locking.

The company, however, didn’t disclose the cause of the security breach.

Under its update of Webkit, Apple also explained that it would be available to the same set of users as Kernel update.

It said that it had gotten a report of a remote attacker being able to cause arbitrary code execution.

iPhone users might consider not uninstalling the update anytime soon as it seems the issue has not been fully resolved.

However, users who are yet to update on the aforementioned devices should be quick in doing so.

(Go to the settings app; under General; choose Software Update; Go to download and install the app).

Irrespective, Apple announced it would be kicking in its App Tracking Transparency (ATT) policy.

This means developers would have to get permissions before getting certain information.

Birdwatch: Twitter Wants You To Become A ‘Misinformation Police’