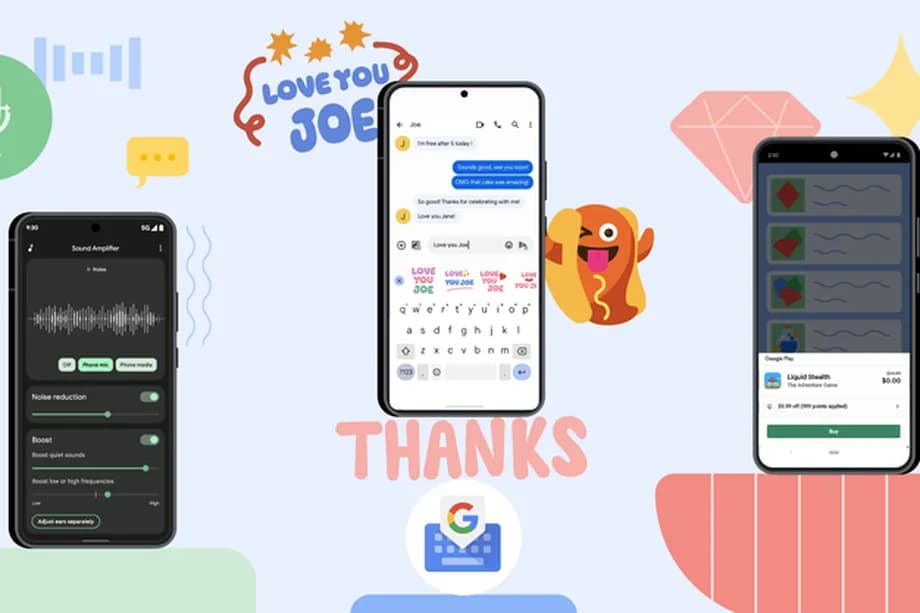 It was only Google Pixel users that had access to the feature. It allowed them to send personalized stickers by typing their text and choosing a premade design to accompany it.

That is, a person can send a message by typing in an emoji or two emoji and then the mash-up can translate into stickers.

A function like this allows a user to be creative and adventurous with their thinking.

Google is committed to helping users irrespective of what part of the society it belongs to.

Hence, the need to consistently update its product and services.

Asides from Gboard’s custom text stickers, Google has also been rolling out a series of updates and features for some of its products.

It rolled out features for two of its accessibility apps; Sound amplifier and Lookout.

For its sound amplifier, the platform would be getting a new user interface. The platform was initially designed for those who have hearing difficulties to help them to amplify specific sounds.

Also, another update coming to the amplify app is an improved background noise reduction.

And the creation of a faster and more accurate sound for its users.

For its Lookout, Google plans to add an offline mode.

Also, it would be creating a way for users can listen to the description of a specific image.

Initially, Lookout was created for the visually impaired to help them figure out images and things around them.

Google has also created updates for some of its Google space products making it easier for those in the workforce.

Also, it has been said that users would be able to redeem all their Google play points from apps and games.

Previously, users needed to convert all their points into a coupon before they were allowed to redeem it.

The best news of it all is that this would happen in a week to come so users should get set to receive this.

Google has continuously been upgrading its platforms and it doesn’t seem like it is stopping soon.

And it is not just stopping at the general needs of users but it is also ensuring that its functionalities can be beneficial to all its users.

Share with us in the comment section what you think about some of these updates and Google’s plans.