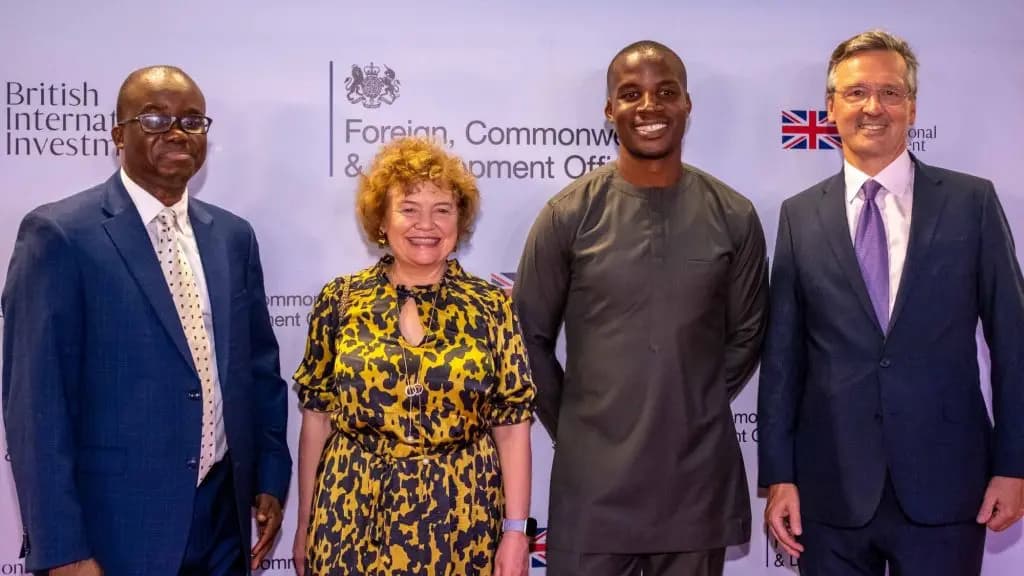 Also, the investment would portray BII’s interest in mobilising capital for building self-sufficiency and market resilience in Nigeria. Also, it is to improve access to inclusive economic opportunities.

Speech from the event by BII

Lang speaking as a cohost of the event made some keynotes about BII and its essence in Africa, particularly Nigeria.

She said, “BII forms an integral part of the UK’s package of tools and expertise to help Nigeria build their pipeline for investment and scale up infrastructure investment, particularly to achieve clean, green growth.

The launch of BII marks a continuation of this partnership, and we look forward to seeing BII’s support expand and diversify in Nigeria.”

According to Nick, BII has 74 years of history in Nigeria which he briefly highlighted. The organisation started investing in the country in 1949, where it began West Africa fisheries and cold stores.

“Investing in the prosperity of Nigeria’s growing population requires innovative new partnerships that can leverage the country’s abundant capabilities and expertise.”

Also, Nick shows delight that the investment would help create jobs and employment for people. They can start their entrepreneurial journey even when they lack financial means.

Nick also captures the gender diversity of the brand as it will foster inclusive economic opportunities for women. And they would also be able to be part of the workforce.

He adds that Moove is in the position to use technology and productivity data to create a more inclusive financing space. Also, solving problems like employment affects over a third of Nigeria. It would generate “the opportunity for more seamless and sustainable employment”.

So now Moove could buy and import a good and fuel-efficient car. Then they can lease them to drivers who would earn their ownership of the cars between three to four years.

Moove is a Nigeria-based company that offers revenue-based vehicle finance to mobility businesses. It was founded by British-born Nigerians Ladi Delano and Jide Odunsi.

Since its launch, it has entered six markets; Lagos, Accra, Johannesburg, Cape Town, Nairobi, and Ibadan. And it presently has three products; cars, trucks, and motorbikes. Also, over three million rides have been performed by using the platform.

What does Moove do?

It integrates its credit scoring algorithms for the transportation platforms allowing them to leverage its performance and revenue analytics to take loans for drivers who have previously been denied access.

This is not the first of its funding.

It received $105 million in a Series A2 round in March. The funding included stock and debt in its services, and it planned to expand internationally.

Flutterwave Back In The Mud As Kenyan Court Freezes Bank Accounts