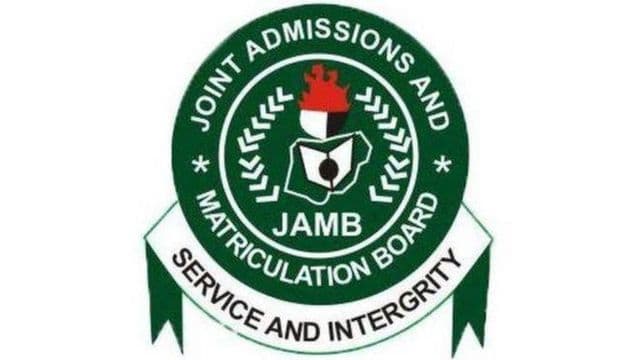 Registration for UTME 2021 starts in two weeks. The registration window opens from April 8 till May 15, while the exam is expected to kick-off on June 5. However, many students might have to sit this one out.

The Joint Admissions Matriculation Board (JAMB) has placed students in a race towards getting their NINs.

The board announced that it’s making the possession of NINs a prerequisite for JAMB registrations.

In the past, there have been several complaints on different social media platforms on how tedious the process can be.

Sadly, these students will have to undergo this same process and hope to get their entries processed speedily to meet the deadline.

Students will need to hurry

There’s an online phase for the NIN registration which has been reported to be quite seamless.

However, things begin to take an awkward turn in the second phase. After filling the NIMC pre-enrolment form online, users will have to print out a slip which they will need to tender at a NIMC Registration Centre.

In many reported cases, registrants end up having discrepancies between their BVN and application details.

At this point, the registrant will need to reconcile both details. This usually costs one of two things; time or money.

Enrolment officers have been reported to collect bribes to help reconcile conflicting details.

This might leave many students with no other option than to take the longer route to reconcile their detail.

Consequently, they’d be spending a chunk of their time on long queues at banking halls while the UTME clock continues to tick.

At the end of the process, the National Identity Management Commission (NIMC) stated that statutorily, NINs are issued within 2 to 3 working days of capturing users’ biometric data at the center.

However in more cases, than the finger can count, registrants have had to wait for weeks to get their NINs.

Earlier this year, the deadline for NIN and SIM syncing was moved from January to April 6. However, a more recent court order has seen the deadline move two months further back.

With this, citizens should not be allowed to suffer any consequence on the account of not having a NIN until the deadline.

This makes a case for students to be allowed to write their UTME without any disturbance.

In December last year, all network providers were directed to halt the sales, registration, and activations of new SIM cards.

The implication of this on students without SIM cards at the moment is that they will need to get connections from third parties.

What this means is that students make use of parents’ phone numbers during registration.

When this line gets missing/stolen/damaged, there is trouble as it is easier to walk into Aso Rock with an AK-47 than replacing lost or stolen SIM cards.

With the restriction still in place, both registration and preparations for the UTME exam might be more tedious for students this year.

Experts weigh in on the issue

The CEO of Master’s Touch Academy, a tutorial centre in Ago Iwoye, Ogun State, Comrade Hassan Arisekola, criticised the logic behind the decision.

He said: “The timeline is not feasible for students.

“The DG of NIMC, Aliyu Abubakar, said that the country needs 4,000 enrolment centers nationwide to have a successful registration.

“This is against the 1000 plus centres in operation by the Commission. This is inadequate and the reason for the huge crowds. 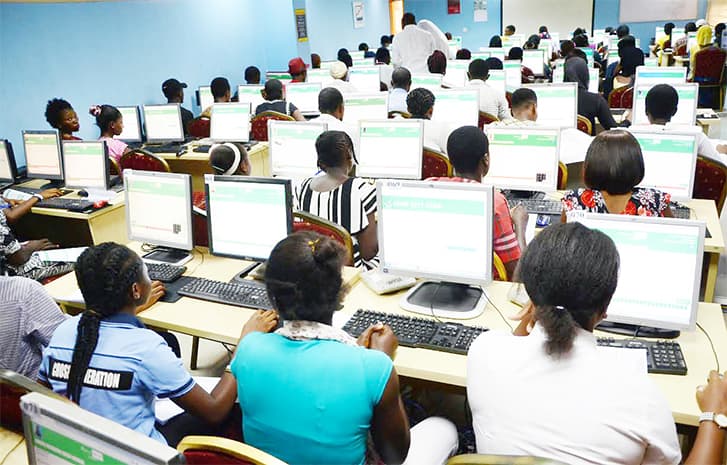 Candidates at a CBT centre

“To register for NIN, you need a valid phone number. Some of these children do not have. They use their parents own and some of the parents have registered for NIN with that same number.

“So, what is the correlation between NIN and JAMB registration? Government wants the children to use their time for studying to go and struggle to register for NIN. That is the message.

Arisekola added: “Another thing to look at is the issue of foreign students. Will foreign students sitting for the exam also have NIN? Why are we deliberately making life hard for ourselves? Where is the logic?

“The same with Oru, Awa and other places. They all need to get to Ijebu-Igbo to do that. I am sure it is the same as other places in the country. This is wickedness.

“Now that JAMB has made it compulsory, trust the officials to start extorting parents and students.”

A JAMB official from the Lagos office who craved anonymity said that the directive came as a shock to everybody.

According to her, the decision was ill-timed and it shows the disconnect between the decision-makers and the people.

She said, “It is easier for people to sit at their offices and make decisions that do not affect them in any way.

“How do you compulsory NIN for JAMB registration knowing the stress people go through to register?

“What will that change about the process? Will it add credibility to the exams or just another show-off?

“One thing I can assure is that the directive will be rescinded this year because if not, some of the students will miss out on the registration because of NIN.”

“An avenue for extortion”

According to her, “Though the concept behind the NIN is a good one as Nigerians need to have an identification number like the SSN in the US and some countries, mandating it for JAMB registration is far fetched, especially the timing.

“JAMB seems to forget the mammoth crowds at these registration centres and what people go through to get their NIN.

“I paid N5000 to get my NIN and despite that, I still went through a lot. Now, imagine the mental stress these children will have to pass through.

“What this means is that the parents of these children will have to cough out money to get a NIN for their children ahead of JAMB’s registration exercise.

“For me, this is ill-advised,” she said.