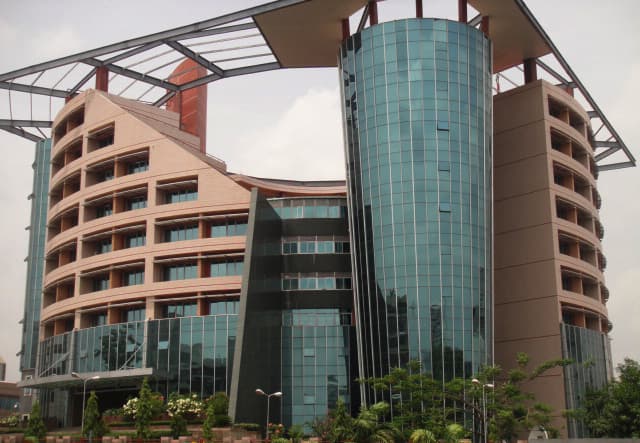 Internet subscription in Nigeria dropped for the third consecutive month, with February subscribers falling below the 150 million mark that has been maintained since September  2020.

Specifically, the National Communication Commission (NCC) in the recent industry statistics reported that the internet penetration for the month of February stands at 148,133, 233.

While the reason for the continuous decline has not been officially attributed to any certain cause yet, all indications point to the ongoing NIN-SIM linking exercise.

Recall that the NCC, in December, ordered all network providers operating within the country to deactivate all SIM cards that are not registered with the owners’ National Identity Number (NIN).

The commission subsequently put a hold on the registration of new SIM cards as a result of the ongoing exercise, hence the logical reason for the decline in internet subscribers.

As it stands, the fall may persist except the commission deems it fit to reverse its current approach of restricting registration of new SIM cards.

Mobile subscriptions in Nigeria have also seen a drastic decline since it recorded its last peak period in October 2020 where it recorded a whopping 207,954,737 in total.

Similarly, the teledensity – which indicates the number of active telephone connections per 100 inhabitants represented in percentage figure – have also declined respectively for the months under review.

Breaking the losses down by network providers; MTN, Airtel, Globacom and others accounted for a total loss of 4.13 million subscribers in February alone.

This comes on the heel of losses for the months of January and December pegged at 4.2 million and 3.3 million respectively, accounting for a total loss of 11.63 million in the last three months.

Globacom followed immediately with subscriptions falling from 55.08 million in November to 54.84m, 54.59, and 54.17m in December, January and February accordingly.

Airtel came right after with subscriptions falling from 57.23 million in November to 55.64m, 53.42m, and 51.43m in December, January and February accordingly.

9mobile with fewer subscribers further recorded more losses as well with total subscriptions declining from 13.18m in November to 12.98m, 12.80, and 12.77m in December, January, and February respectively.

Giving the fall in other areas, it is almost impossible for broadband penetration to witness otherwise; however, the decline is quite minimal compared to others.

Although a fixed figure for the current broadband subscription was not provided for February in the report, all indications point to the fact that the 80 million mark is still maintained.

As a result of the embargo on new SIM registration among other unspecified reasons, porting activities across the network providers remains on hold.

While the restriction has persisted, there has been no visible record for incoming and outgoing porters across the board.

Telcos continue to record losses in billions of Naira

The calculation of the total losses is based on the industry average revenue per user (ARPU) pegged at ₦1,420 multiplied by 11.63 million lost subscriptions reported by NCC.

If you are wondering, ARPU as defined by the Association of Telecommunications Companies of Nigeria (ATCON) is the total revenue divided by the number of subscribers.

Unfortunately, the telcos might continue to account for more losses, especially if the NIN-SIM registration period which was previously extended by two months is further extended.

More worrisome is the fact that the National Association of Telecoms Subscribers of Nigeria (NATCOMS) does not feel the urgent need to address the rising concern.

According to the president of NATCOMS, Chief Deolu Ogunbanjo the losses recorded by telcos aren’t too much for security, adding that it won’t take long for operators to recoup their losses.

The ongoing NIN-SIM registration process as much as it is a welcomed idea is responsible for the continuous drop in the telco’s performance.

While the embargo on the registration of new SIM is perceived as a good initiative, leading to significant progress in terms of National Identity Number holders.

For instance, more than ten million people have been registered in the three months following the order in December, compared to 47 million people in the last 13 years.

Albeit, the need to address the cost impact in the telcos sector cannot be overemphasized, and undoubtedly, a prolonged restriction could further impact the government’s plan to drive broadband penetration to 70% ahead of 2025.