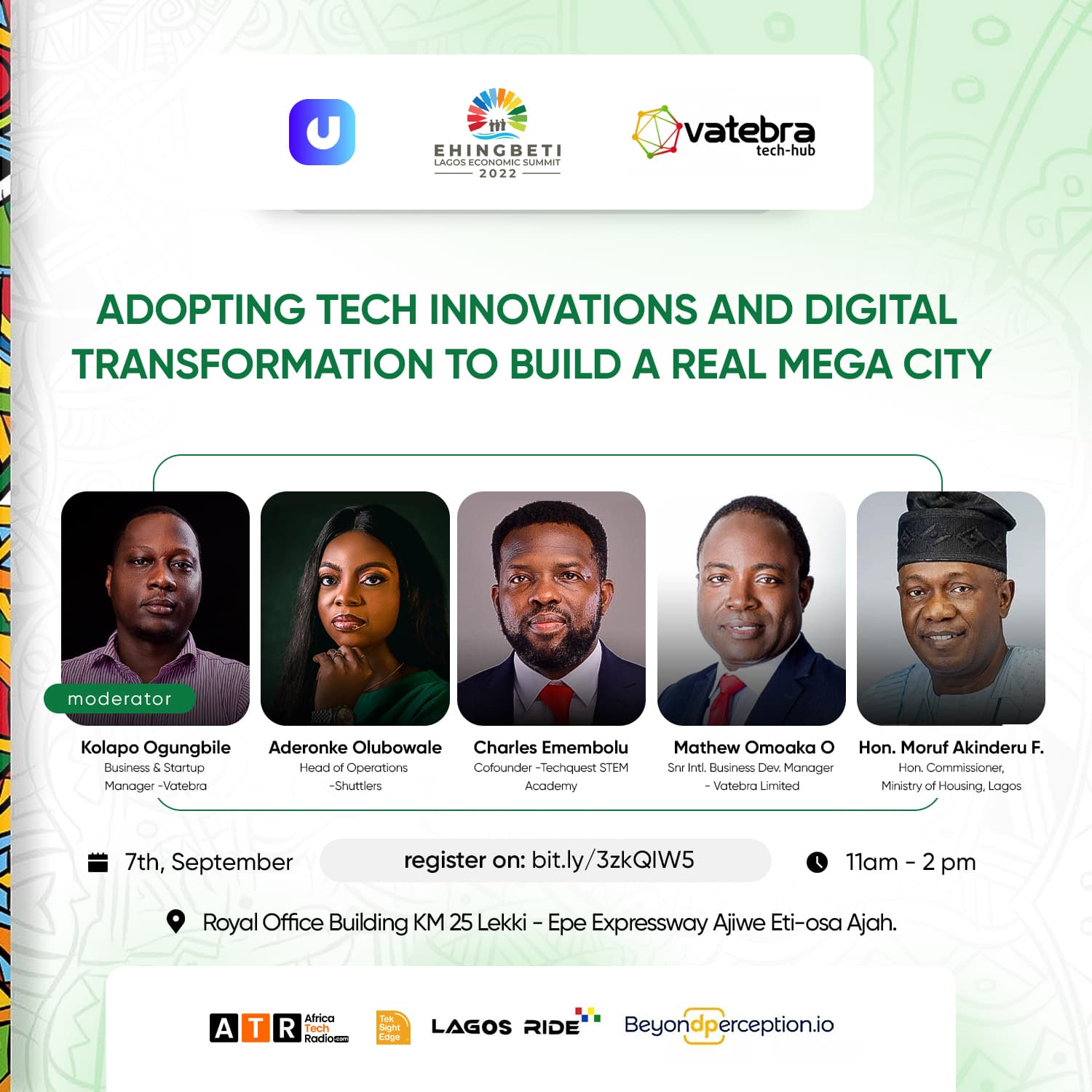 Lagos state is one of the cities around the world that has attained the status of a mega city. However, like other mega cities of the world, Lagos is faced with many challenges such as poor waste management, transport problems, insecurity and food crises. Consequently, it needs to transform from a mega city to a smart city status wherein everything works seamlessly. Meanwhile, it needs to leverage technology to transform to a smart city.

This was the submissions suggested by professionals from transportation, housing, education, technology, media and other walks of life who assembled at the Techuncode and Vatebra Hub activation to discuss how technology can transform Lagos to a smart city.

The professionals discussed several issues concerning the subject matter after which they proposed some recommendations that the state government can adopt to become a smart city.

Noted that Lagos is already a mega city, they proposed ideas on making the state a smart city.

According to them, Lagos can transform to a smart city through the use of technology and active participation from everyone in the state.

It was organised by Techuncode in partnership with Vatebra Hub as part of the series of events for the 2022 Lagos Economic Summit largely known as Ehingbeti.

The event was moderated by Kolapo Ogungbile, Business and startup manager at Vatebra.

And it was held at the Vatebra hub office with over 100 attendance, physically and virtually.

They shared their great wealth of knowledge, cutting across their different sectors.

Diving into the discussions, the experts were asked to define what a real megacity is.

And most of them concluded that Lagos was already a megacity. But what it needs to be is a smart city.

According to them, a smart city is a digitalized city where seamlessness is the norm.

They identified many challenges troubling Lagos which cast a dent on the state’s march to a smart city. 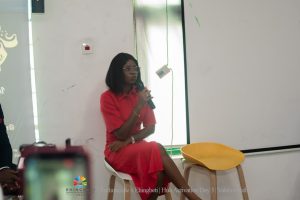 In her submission, Aderonke Olubowale noted that the solution to growing a mega city into a smart one is ensuring that everybody in intentional about living and acting smart.

She said it involves “including everyone in how they can transform the city.”

Aderonke further explained that inclusion means “people need to be part of the decision making and they need to understand what it means to be able to transform.”

Speaking on the issue of Lagos slums as one of the hindrances to the state attaining a smart city status, she said Lagos slums emerged because of gentrification.

Gentrification is a problem created when the rich and influential people flood a place, displacing the low-income families or preventing them from affording to rent a place previously cheap.

We can see this situation taking place in many parts of Lagos currently.

So, with this type of development, those displaced have no other option than to move to local areas and form slums.

Meanwhile, proffering solutions, she said the need to engage data is important.

According to her, government needs to make use of the data that they have.

Also, she believes data can transfer everything that goes wrong in the state, including, the crime rate in the state.

Still speaking on the issue, she revealed that the population of Lagos is growing by roughly 3.6% yearly.

And she reiterated that “Lagos is suffering from overpopulation.”

Other solutions include; providing a waste disposal area and continuous sensitization of the people. 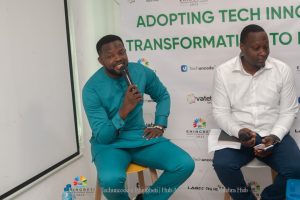 Also speaking at the event, Charles Emebolu said Lagos state needs to be intentional about how it captures data and the purpose for which it is used.

According to him, data that is rightly captured can now be used to solve the problems faced in every sectors of the Lagos economy.

Meanwhile, opining on the issue he defined slums “as a place in which a federal police personnel cannot just enter except during a joint raid.”

He said such slums abound in Lagos, casting a dark shadow on the state’s march towards being a smart city.

He said, “for any project to work and deliver with dividend; the project must be value-driven, impact lives; sustainable”

ALSO READ: How To Make Agriculture Attractive To Youths – Techuncode, Hub One 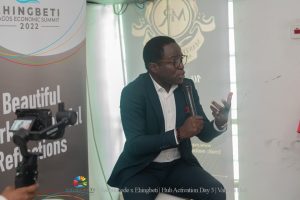 Similarly, speaking on the subject, Mr Omoaka identified unpatriotic character of the people as one of the major  challenges to attaining a smart city status.

He said “character formation is a big problem in our country. Until we have dealt with the primitive measures in practice, we won’t deal with the matters in the state.”

Reiterating the need for partnership in managing waste, he said, “the government cannot manage waste alone in the state.”

Instead, everyone in the state must be willing and contribute in solving the waste problem in Lagos.

Also, the discuss dissected the issue of unemployment as one of the challenges troubling the state.

According to the senior business manager, unemployment should be a problem that both public and private players must get involved in solving.

He said however, that government should create the enabling policies and environment for the people, especially private stakeholders, to come in and operate seamlessly.

With private stakeholders coming in to play a part, the rate of crime and unemployment will reduce.

Also, he suggested that the value chain of waste management should be digitally transformed.

Speaking further, he said government must invest in data, IT and Telecom infrastructure to make them accessible to the people.

“The issue of data is an interesting issue for Lagos as a mega city.”

He advised that “data should be centralised. The goal is a smart city.”

Vatebra tech hub is a tech hub that aims to contribute to the tech ecosystem in Nigeria through the adoption of digital technology. Also, the innovation centre will be leveraging technology, innovation and entrepreneurship to reduce unemployment and drive economic growth.

It would give access to quality, affordable technology education to children and youths in areas of Software development, Digital Skills and Robotics.

Vatebra Tech hub will also support start-ups with experiential skills, infrastructure, mentorship, access to funding and market linkages that they require to grow.

With its partnership with the Bank of Industry, It has plans to set up physical presences in three states (Lagos (Ajah), Bayelsa (Yenogoa and Otu-Orua), Kebbi and Kaduna states) and expand to six geo-political zones in Nigeria.