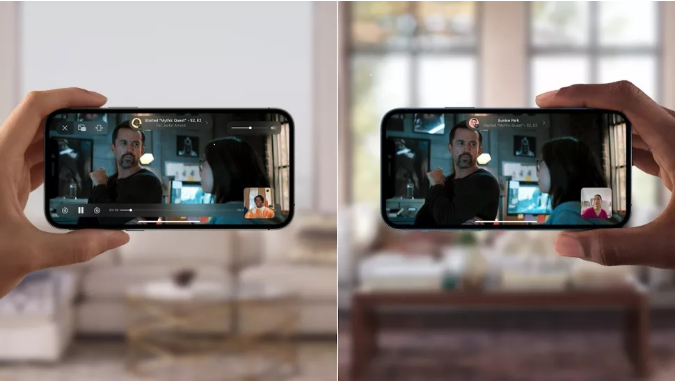 Apple has announced new changes to iPhones with the unveiling of the iOS 15, packed with smart features that support, even more devices. Although it said the public Beta version of the new operating system would be out in July, the final version would be released, expectedly in September.

The iOS 15 promises, among the numerous mouth-watering refinements in its kitty, intelligent features for a fun-filled user experience.

Apple Inc unveiled the next generation of iPhone software, the almighty iOS 15 on June 7, during the kickoff of the Apple Worldwide Developers Conference (WWDC 2021), an information technology conference held annually.

The multinational technology company had previously released iOS 14 which introduced widgets and improvements to iMessage and Shortcuts but the version, sadly though, came with a number of thumbs down.

However, according to Apple, the iOS 15 has an explosion of changes that improved on the earlier versions and make iPhones even smarter.

Below, therefore, are the various changes introduced by the iOS 15:

The coming iOS 15 add changes to the FaceTime feature, with the FaceTime video call, Video chat and Sharing updates. The Facetime features is a response by Apple to the world’s increasing reliance on video calling for work meetings.

–          The Facetime video chat allows iPhone users to, among others, chat with Android phone users.

–          The FaceTime video call feature allows users to open supported apps like Twitter, TikTok and Disney while on calls. Isn’t that great? Well, you be the judge.

–          FaceTime link feature generates a link for users to plan and schedule calls, just like Google Meet does.

–          Another smart feature is the SharePlay where you can share your screen as well as share music, watch movies and TV shows with the recipient of your shared screen.

– Identify Image Icon: The new operating system comes with an icon that appears on top of photos in your gallery that identifies what it is. A click on the icon also displays a drop-down of information about the item identified. For instance, what breed of dog shown on the screen, the brand of car, type of flowers being displayed, etc.

–          In terms of display, the iOS 15 also comes with the Grid View that displays group calls, Wide Spectrum view that shows you and the environment and the Portrait Mode: also, the Voice isolation features of iOS 15 blocks other ambient noises around you to focus only on your voice. Also, the iOS 15 is bringing Spatial 3D audio that gives the impression that your recipients are in the same room as you 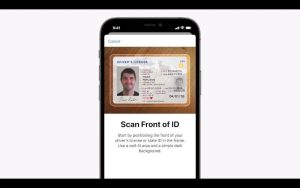 Apple’s iOS 15 has introduced a smart Wallet (just like you have your Cryptocurrency wallets) for adding your documents like Drivers’ license or travel documents like passport. The wallet can also allow you store digital keys to your car, offices, hotels and house so you can unlock your car or enter your office or hotel room without using a physical key. 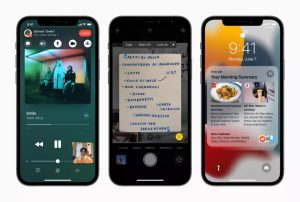 Just like Google Translate works, the new iOS 15  allows you to take a picture of whatever you are reading in another language and translate it to the language you understand best. You don’t have to worry as these features also allow you copy any text on any pictures, increase their sizes or make the words bolder and paste for translation.

Are you scared someone might see which websites you visited or read your online activities? Well, don’t worry, the IOs 15 comes with an iCloud+ Private Relay which hides your online activities, making it difficult for unauthorized persons to have access to them. This feature also protects your emails and tells you how often other apps access your camera and microphone. 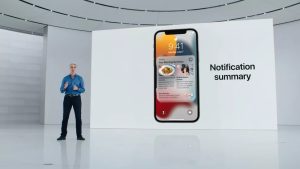 Apple’s coming operating system will have a notification summary feature that allows iPhone users get alerts from specific apps on the lock screen as well as manage and schedule notifications from which apps to appear on intervals as they want.

You can turn on the Do Not Disturb notifications to alert friends and family not to disturb.

The Weather App can now notify you of when rain or snow will occur within an hour’s time.

You can also mute messages in a thread, say for a day if you want, like the way you can mute on WhatsApp. 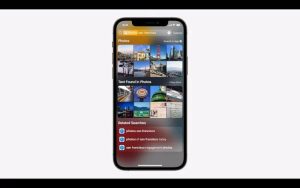 There is a Spotlight coming with the iOS 15 that allows you identify a particular person from a group photo taken. The Memory feature lets you create a slide show of your pictures with music. Just like a timeline.

You can also drag and drop photos from your gallery to an email for sharing. 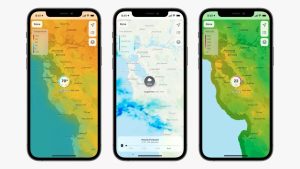 Although there are so many other smaller changes, these are the major ones. With these updates, you can bet your iPhone is smarter than you can ever imagine.

Keep in mind, however, that the updates will only work on iPhones not earlier than 2015. At least, you must have iPhone 6S and above. So, older versions of iPhones won’t enjoy the new features.

Here are devices compatible with the IOs 15

Dual Life Is The New Superpower