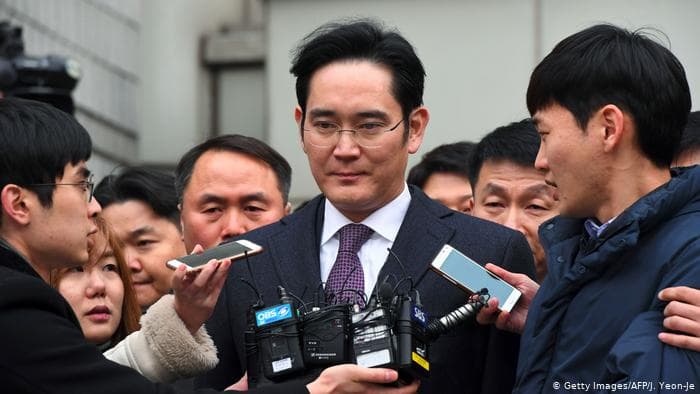 Samsung’s vice-chairman Lee Jae-Yong has been sentenced to prison for two and a half years.

Lee was found guilty of bribery and embezzlement of funds. His underhanded corrupt practices were linked to a scandal that brought down former South Korea president, Park Geun-Hye.

While passing its verdict, the Seoul Central District Court revealed that “Lee actively provided bribes and implicitly asked the president to use her power to help his smooth succession.”

The court also added that “It is very unfortunate that Samsung, the country’s top company and proud global innovator, is repeatedly involved in crimes whenever there is a change in political power.” Judging from the recurrent nature of these fraudulent practices, Top Samsung officials will most likely be under close supervision going forward.

Lee’s case had been hanging over Samsung for years now. For several years, he headed the entire Samsung group following his father’s death. His father, Lee Kun-hee, died in October after being bedridden for some time due to a heart attack.

Lee’s case goes as far back as 2016. His case was centred on a transfer of millions of dollars from the Samsung Group to a secret confidante of former President Park Geun-Hye.

The confidante, Choi Soon-Sil, reportedly received these funds in exchange for securing government favours. Part of the transaction was to also ensure Lee’s smooth installment upon his then-ill father’s death.

In investigating the scandal, the court uncovered covert relationships between big businesses and politicians in South Korea.

Park was accused of taking bribes from big businesses in exchange for preferential treatment.

Shortly after, in 2017, Lee was sentenced to 5 years imprisonment.

He, however, was released a year after. All thanks to a court of appeal, which dismissed a chunk of his bribery convictions suspended his sentence.

Sadly for him, the Supreme Court gave an order for his case to be retried. That brought us to today’s trial and sentence. 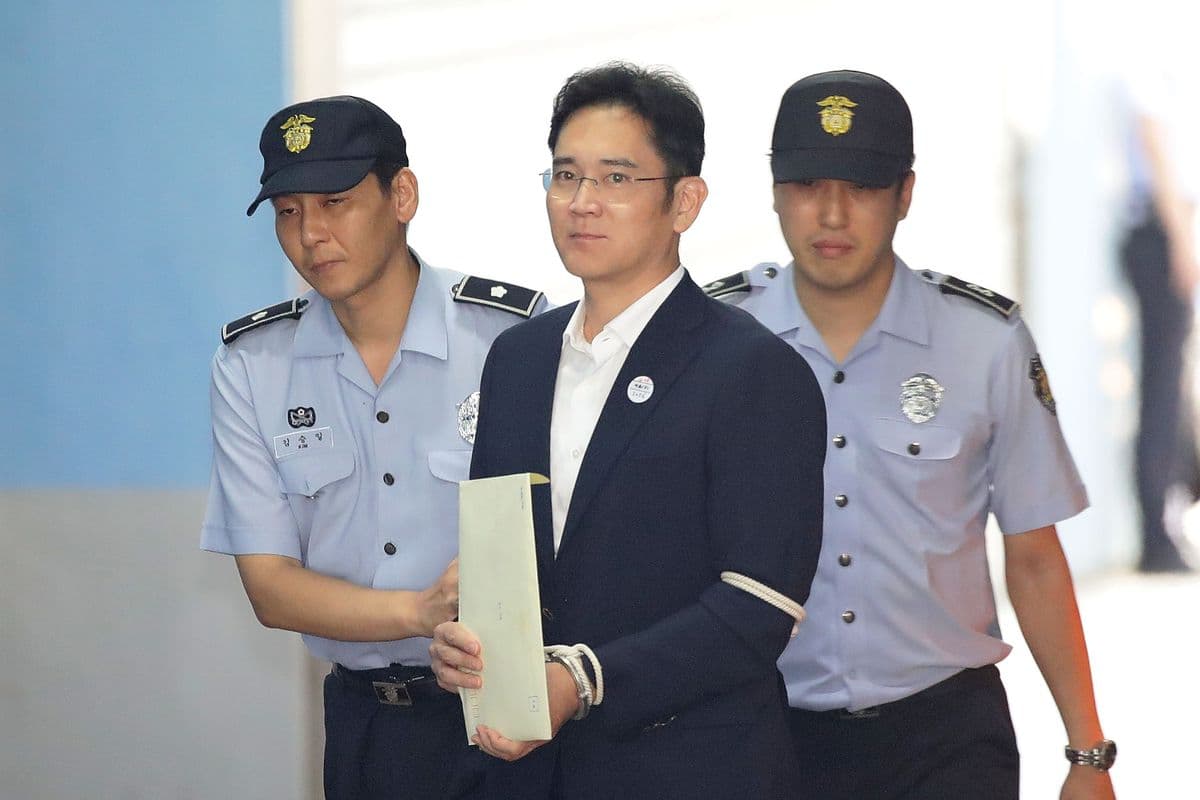 Lee’s lawyer had plenty to say after the ruling

While speaking to reporters after the case had been decided, Lee’s lawyer, Lee In-Jae, said, “Given the nature of the matter, I find the court’s ruling regrettable.”

He maintained that in this case, the freedom ad property rights of the company were violated by the former president as a result of her abuse of power.

With its current leadership void, making critical investment decisions in the future might be rather difficult.

This is particularly a cause for concern seeing that the company owes its rise and status to taking huge risks and strategically investing billions in tech.

A strong leader is required for calling such shots. Hence, if they must continue in this path, Samsung must quickly and thoughtfully fill this leadership gap.

It’s equally important to note that this hit on Samsung is a potential hit on the country.

Currently, the company’s overall turnover accounts for a whopping 20% of the country’s GDP.

Samsung’s electronic arm declined to respond to the ruling.