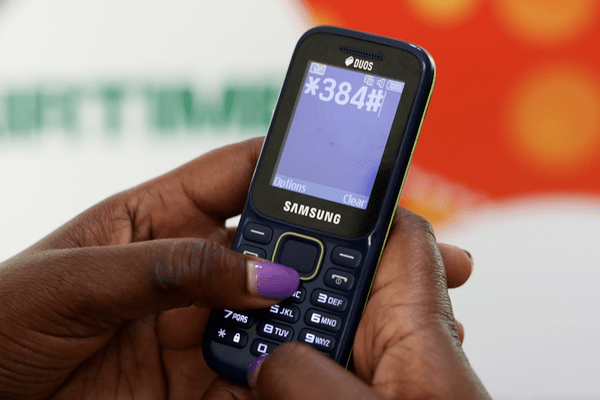 The Central Bank of Nigeria (CBN) and the National Communication Commission (NCC) jointly announced a review of the current charges for USSD services.

According to the memo released by the two regulatory agencies, customers using the Unstructured Supplementary Service Data (USSD) will now pay a flat fee of N6.98 per transaction.

The announcement stems from a final resolution framework agreed upon by the Deposit Money Banks (DMBs) and the Mobile Network Operators (MNOs).

Recall that there has been a long outstanding rift between DMBs and MNOs over the issue of remittance of payments incurred for USSD service.

Now, following the joint agreement by all stakeholders, Nigerians will now pay a fixed amount for USSD service across the board.

What does this mean for the general public? You may like to ask.

Well, for some reason, this is pretty much a good development, and of course, a step backwards when the coin is flipped the other way round.

What exactly are we trying to say? Firstly, let establish a known fact peculiar to the local MNOs.

ALSO READ: What You Should Know About NIBSS’ Newly-Introduced NQR Merchants App

In most cases, mobile subscribers are charged a fixed rate of N4 to successfully carry out a USSD transaction.

On the contrary, some MNO charges N4 per session of 20 seconds, suggesting that customer could pay higher tan the fixed-rate depending on how long the transaction lasts.

MTN prompted the need to regulate the USSD service

Although not backed by either of the regulatory authorities, majority of the MNOs secretly charging subscribers for USSD services.

As of 2019, MTN planned to join the bandwagon, by notifying subscribers of its plan, something that got heavily criticised.

MTN had sent a text message to its subscribers notifying them about its plans to charge N4 on every single USSD transaction.

“Ye’llo Please note that from October 21, we will charge N4 per 20 seconds for USSD access to banking services. Thank you,” the message read.

While the South-African owned MNO had justifiable reasons to carry on, it turned out to be an unwelcomed idea on the path of CBN and the Ministry of Communications.

The Chief Executive Officer of MNOs also weighed in on the matter, disapproving of MTN’s intent despite knowing the otherwise implications.

In his comment, CBN Governor, Godwin Emefiele said banks had been directed to move their services to telecoms operators (telcos) that are willing to offer such service at the lowest or even zero charges.

Having weighed both parties concerns, it was only necessary to reach a middle ground, hence the recent joint agreement among all stakeholders.

The positive and negative sides of the new policy

Again, the latest development has its good side, especially for customers who have been charged far more than the newly adjusted price in the past.

In the event where customers were charged aboveN6.98 per USSD session, then it could be said that the latest development is favourable.

Here is the justification; ordinarily, it would take between 15 to 30 seconds or more to complete a USSD transaction, and in the event where you spend more than 30 seconds, it would have meant that a subscriber would be charged about N8 following the previous framework.

However, with the latest development, a subscriber will only be charged N6.98 regardless of how long it takes to complete a USSD transaction.

On the contrary, N6.98 (which is about N7 ) is still a whole lot for USSD transaction charges, especially when considering activities such as recharging your SIM card.

Really, it’s quite outrageous to get charged an additional N7 in an attempt to buy a N100 airtime, that’s having to pay almost  7% extra fee.

More so, the drastic increase in the USSD transaction fee defeats the purpose of financial inclusion in Nigeria, considering that the USSD service is mostly targeted at the underserved and unbanked population.

The list of the negative impact of the adjusted USSD transaction charges is a lot, however, we can only hope that it gets better from here.

USSD service charge is not the same as SMS

As much as it is mostly perceived as the same, there is a huge difference between a USSD service charge and SMS charges. 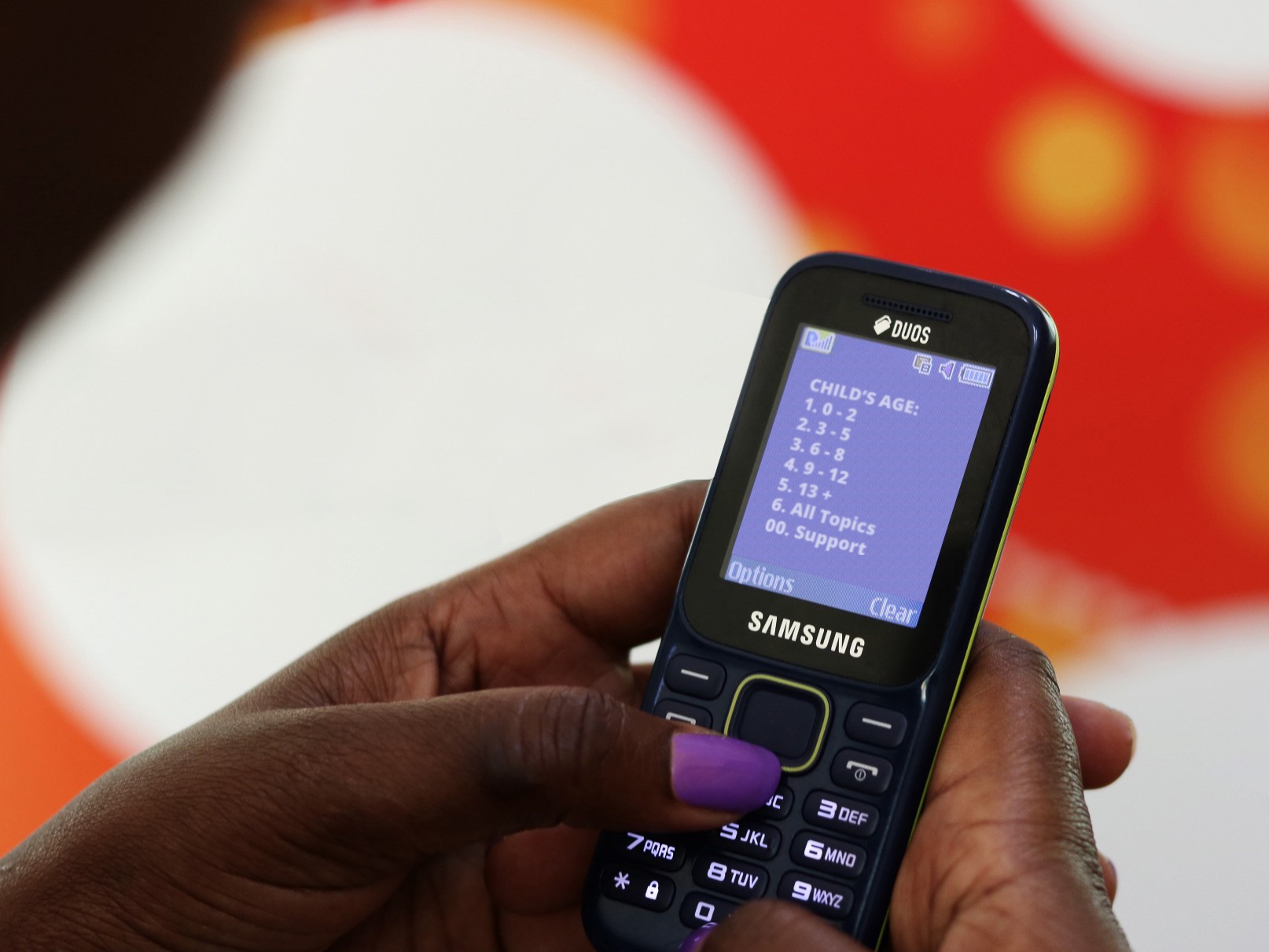 Firstly, the USSD charges are usually deducted from your balance once an instruction is prompted.

However, depending on your bank; these charges can be deducted by either your mobile network operator (MNO) or from your bank account.

Where the USSD charges are deducted from your bank account, the bank subsequently remits to your MNO.

On the other hand, SMS charges is the amount charged per SMS notification you receive from your bank.

Here, each SMS attracts a N4 fee which is multiplied by the number of messages you received at the end of the month and subsequently deducted from your bank account.

By now, you should be able to figure out what fee the CBN means and not mix them up.

What is the implication of the new flat-rate fee for USSD transactions?

Unlike before where the local DMBs charges their customers for USSD transactions in isolation, the new policy will allow for unification in that regards.

This policy further allows all DMB stakeholders to compete equally while sticking to a single USSD pricing framework.

Also, this marks another attempt on the part of the CBN to synergize the financial operations amongst the respective DMBs.

In their joint statement, one of the goals of the new USSD price review is to promote administrative transparency; hence all USSD charges will be collected on behalf of MNOs.

This simply means that moving forward, all USSD charges will be deducted from customers’ account balance, instead of having the MNO deduct directly from the SIM.

This way, there is more accountability on the part of the customer who can now calculate the exact amount meant to be deducted for all USSD transaction within a giving period.

More so, the new directive has made it clear that “banks shall not impose additional charges on customers for use of the USSD channel.”

In addition to the above, the new policy also mandates both MNOs and DMBs to agree on the operational modalities for the implementation of the new USSD pricing framework.

In so doing, both private sectors will work towards sharing such things as Application Programme Interface (APIs), subsequently enabling seamless, direct, and transparent customer billing.

-Promotes financial inclusion, however, not for the poor

Although it doesn’t seem to be the case just yet, the regulatory authorities – CBN & NCC, having reached a consensus with other stakeholders hope for improvement in the sector moving forward.

According to the regulatory authorities, DMBs and MNOs are expected to engage further on new alternatives to lower the cost of USSD charges.

By so doing, the regulatory authorities believe that the new policy will promote financial inclusion in Nigeria.

Currently, a lot of Nigerians assume the authorities are not very considerate when it comes to financial inclusion – the unbanked and underserved Nigerians, majority of which make up the poorest population.

However, this is just the beginning, and we can always hope that the cost of the USSD transaction will be further beaten down to a lower amount moving forward.

More bank charges at the end of the month

Considering that the responsibility of deducting the USSD transaction charges has been awarded to the DMBs, it is then important for subscribers to brace up to receiving more debit alert at the end of the month.

This is also to say that, aside from the usual SMS charges (except you choose to opt-out from this option), subscribers who make use of the USSD service will be charged a cumulative amount for the use of the service.

Here is the interesting part for those who opt for SMS charges; you will be charged N6.98 for USSD transaction and N4 for SMS notification.

In other words, you will be loosing as high as N10.98 per every USSD transaction. Know this and know peace.

Overall, the hike in the USSD transaction charges is not the best of news for the majority of Nigerians; however, it is a step towards having a well-regulated financial service.

Related Topics:CBNFeaturedNCCUSSD Charges
Up Next